Many people have watched the 1979 film “The Amityville Horror” or even read the book that the film was based on. Only the minority of all these people who had sleepless nights after watching or reading this paranormal horrific story, know what really happened. 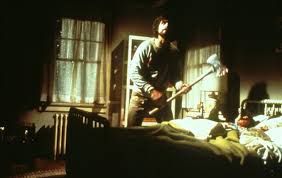 On November 13, 1974 during a quite Wednesday evening Ronald DeFeo Jr (AKA “Butch”) stormed into the local bar of Amityville in Long Island and desperately asked the patrons for help. They had to follow him to his family’s house on 112 Ocean Ave, where his parents are now laying dead in their bed. He claimed that that’s how he found them when he entered their room earlier. The worried neighbors confirmed that Ronald’s parents were dead by gun shots. They immediately called the police and after a thorough search in the house they encountered four more bodies that belonged to the members of the rest of the family. The victims of this massacre were Butch’s parents, Ronald DeFeo, Sr. (43), Louise DeFeo (42), along with his four younger siblings Dawn (18), Allison (13), Marc (12), and John Matthew (9), all of them shot with a rifle.

Operator:This is Suffolk County Police. May I help you?”

Operator: “Sir, what is your name?”

Operator: “Can you spell that?”

Operator: “Okay, where you calling from?”

Operator: “There’s a shooting. Anybody hurt?”

Man: “I don’t know what happened. Kid come running in the bar. He says everybody in the family was killed, and we came down here.” 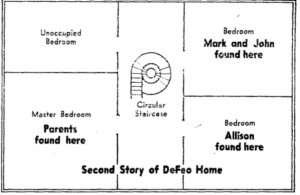 Operator: “Hold on a second, Sir.”

Police Officer: “How do you spell it?”

Police Officer: “Where’re you at?”

Man: “I don’t have a number here. There’s no number on the phone. “

Police Officer: “What number on the house?”

Police Officer: “Where’re you at? Ocean Avenue and what?”

Man: “In Amityville. Call up the Amityville Police and have someone come down here. They know the family.”

Man: “Uh, hold on. Let me go look up the number. All right. Hold on. One-twelve Ocean Avenue, Amityville.”

Police Officer: “Is that Amityville or North Amityville?”

Police Officer: “Is it right in the village limits?”

Police Officer: “All right, where’re you calling from? Public phone?”

Man: “No, I’m calling right from the house, because I don’t see a number on the phone.”

Police Officer: “You’re at the house itself?”

Police Officer: “How many bodies are there?”

Police Officer: “All right, you stay right there at the house, and I’ll call the Amityville Village P.D., and they’ll come down.” 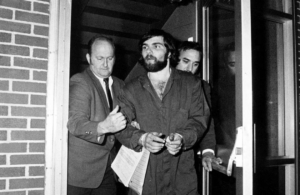 Ronald DeFeo Jr claimed that a mob hit man was behind the murders. The police initially believed Butch’s story but soon enough they realized that the kid was lying. He later confessed of committing the killings himself, and continued by stating to the detectives that once he started, he just couldn’t stop. He admitted that he had taken a bath and redressed, and detailed where he had discarded crucial evidence such as blood-stained clothes and the rifle before arriving to work as usual. DeFeo was an abuser of heroin and LSD, he had antisocial personality disorder and claimed that he had to kill his family because he had heard them planning his murder and tried to protect himself. He is currently serving life without parole.

A year later George and Kathy Lutz with their three children moved into the 112 Ocean Avenue house where the DeFeo family was tragically murdered. After 28 days, the Lutzes left the house, claiming to have been terrorized by paranormal phenomena while living there.

The Lutzes in collaboration with DeFeo Jr’s lawyer, William Weber, ended up helping Jay Anson  write a book unveiling all these paranormal activities that they have witnessed in the house. And the profit began…

The truth behind “The Amityville Horror” was finally revealed when William Weber, admitted that he, along with the Lutzes, “created this horror story over many bottles of wine.” The house was never really haunted and the horrific experiences they had claimed were simply made up. A handful of “paranormal experts” who allegedly verified the fictional tale lost their “jobs” shortly after the revelation. Weber had planned to use the haunting to gain a new trial for his client. George Lutz still claims that the events are mostly true, but has offered no evidence to back up his claim. 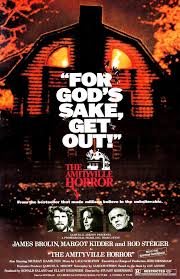 The poster from the 1979 movie

The murders really happened back in 1974 and later the “smart” Lutz family saw a great opportunity to make some extra $$$ ! Many people will still watch the film and perhaps read the book in the future. Why not? After all, people need some “true lies” in their life…