Welcome to the Freak Show.

Regardless of how you feel about American Horror Story as a series – it’s always been a show that teeters uncomfortably on the edge of melodrama and fright. For every horrific cinematic moment, there was always an eye rolling scene that puts the phrase “soap opera” on the tip of everyone’s tongue.

American Horror Story: Freak Show proves to be no different. It’s a show that mixes an insane creepy mood with an overlong and often uninteresting  story. Yet still I find myself enjoying the ride. Mostly because, while the show has often misses, it’s only because the creative team are so dedicated to try and swing it out of the park with wild ideas and high reaching thrills. Even after four years, you can tell that everyone involved are having a truly joyous time creating this twisted show. And that joy extends to the audience even if the material sometimes falls flat. 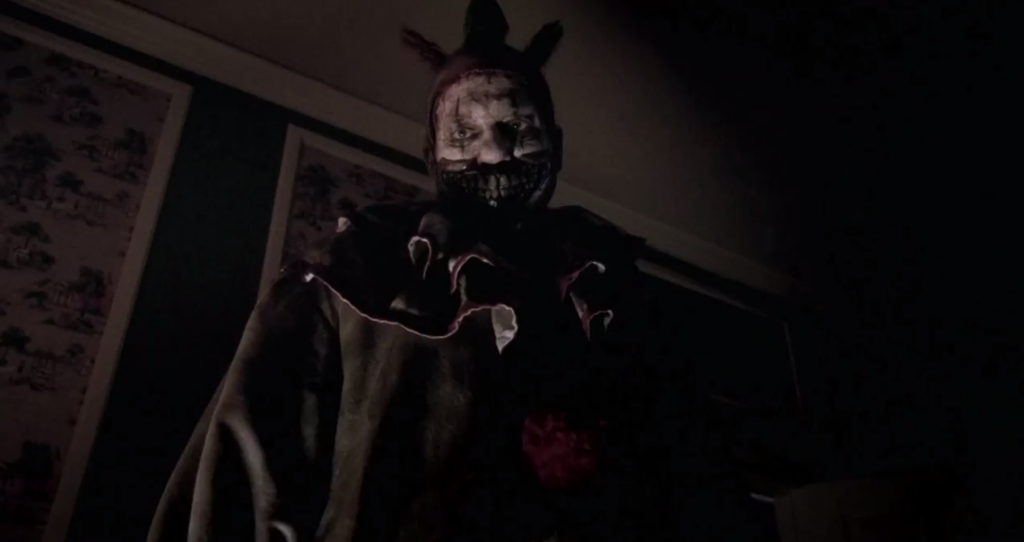 Let’s get the bad out of the way first. Yes, there are more anachronous Glee-esque musical numbers that pepper throughout the season (A particular Nirvana number with Jimmy stands out as truly absurd and annoying).

But those are small problems that can be chalked up to personal taste. The real issue here is that the overall narrative is a bit lacking. Like one of my fellow authors here at HFC has already pointed out – American Horror Story sometimes suffers from being unable to stay interesting for a full 13 episode run. There’s just not enough story to fill all these episodes and by the time the shocking finale rises up in the end – we just don’t really care about what is happening.

Which is a shame because, as usual, the performances are excellent. Sarah Paulson particularly shines from the get go and while she was my personal favorite – she doesn’t take away from the slow revealing cast of amazing characters that all get their due. You can usually expect the cast on American Horror Story to be excellent and what’s always even more exciting are the notable names that jump on the ship and use it as an opportunity to do something twisted and different from what we are used to. 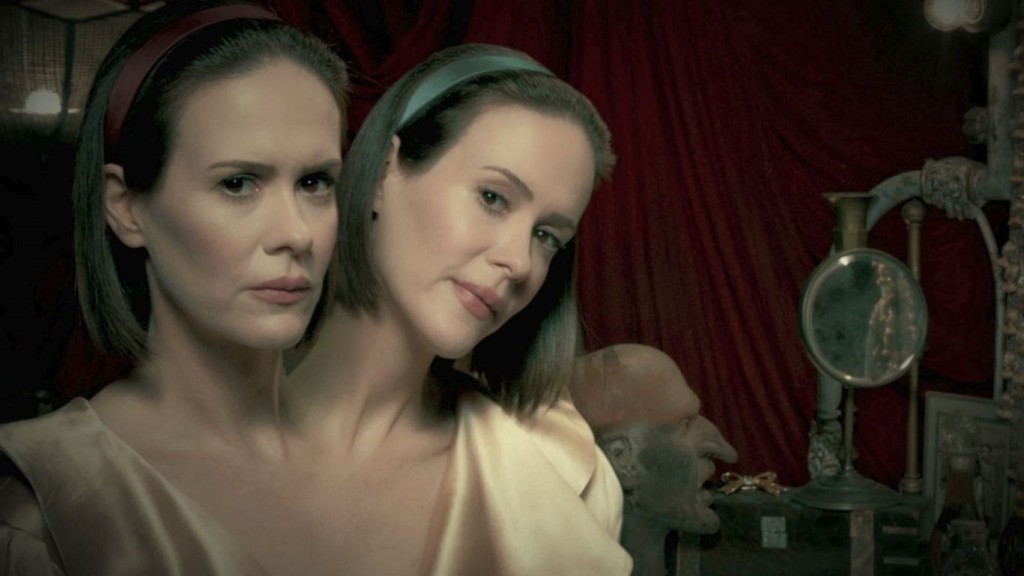 And that is the underlying push and pull that has always existed in American Horror Story. And it’s never more obvious than in this season. Everyone involves loves to have fun, jump off the rails, and truly shoot for spectacular moments. Yet, this always comes at some sort of sacrifice. We may get great character moments but at the cost of a coherent and overall enjoyable story. We may get an amazing haunting atmosphere but at the expense of melodrama and silly musical numbers.

That’s the thing with American Horror Story, there’s always a catch. But at the end of the day, Freak Show succeeds at putting scares in the forefront (maybe more than any other season); it makes great use of its “circus freak” locale; and its characters shine with perverse energy. Is that enough to ignore when it stumbles into being just plain silly? It might all depend on how much you like Glee.