I don’t care what anyone else says, puppets and dolls are the scariest thing on this earth. I’m not just talking about the movies – dolls in real life creep me the hell out. My younger sister had a bunch of dolls while we were growing up that she would lie out on the edge of her bed – and let me tell you that every time I had to walk past her room my heart would explode. They were staring at me! Staring into my soul. Waiting for me to fall asleep and then sneak into my room and choke me to death.

Okay, so maybe I was a timid child… but I’m still convinced. The people who build and create dolls are psychopaths. They don’t want to make children happy. They want to make them scared. Scared as all hell. So in honor of the recent release of Annabelle and my ever growing fears that have followed me into adulthood – here are the top six creepiest dolls ever put to screen.

Be careful… they’re watching you.
. 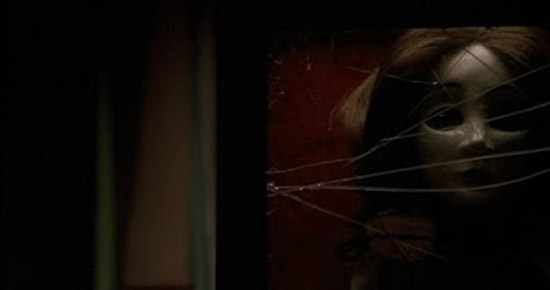 There are two terrifying dolls in this film: one is the inanimate doll that the title character has imaginary conversations with – and the other is the doll that May tries to stitch together using body parts. While a doll made out of bloody stumps is definitely terrifying, it somehow isn’t scarier than the demented melty face of Suzie.
.

Yes, yes, I know that Annabelle is more recent – but the doll is far freakier in her first appearance with The Conjuring and all she does is sit there. Most of these dolls on this list could probably pass as normal toys but Annabelle just looks pure evil. I don’t care how rosy her cheeks are – those demonic eyes and monstrous pursed lips shouldn’t be carved into any toy. Period.
.

This one is a double whammy. Human clowns and lifeless puppets are freaky on their own… but when you combine them into one stretchy armed child choking maniac? You’re scarred for life, bro.
.

Old school ventriloquist dummies are scary in their own right, and Fats has the best (or worst if you will…) elements from every creepy dummy you’ve ever seen. Watch the trailer above. It’s simple but effective. A perfect example of the natural horror that dolls contain behind those dead eyes.
. 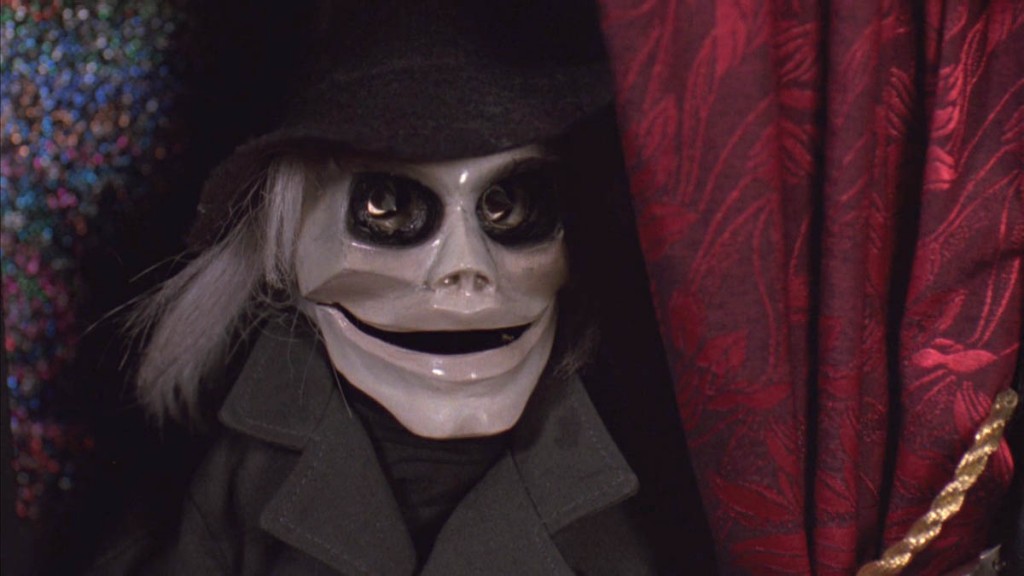 The only thing worse than a creepy doll is multiple creepy dolls. Especially this gang of puppets – they all have their own special abilities. I mean come on guys, why did you have dolls named Blade, Pinhead, and Miss Leech? You don’t need that kind of bad juju going around when you’re bringing puppets back to life.
. 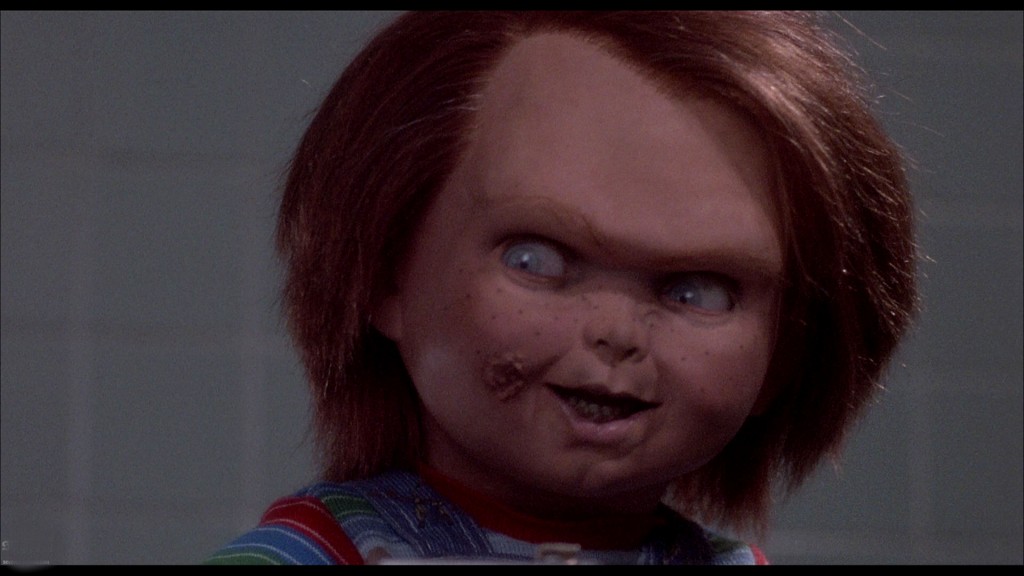 Probably the most famously known killer doll across the world – Chucky is the iconic face of all things toy related horror. Honestly, he’s not even the creepiest looking doll; but the very idea of a Cabbage Patch Kid coming to life and whispering really fucked up things into your ear is just unnerving.
.

Are there any dolls that we missed that truly scarred you? Or maybe you have a personally owned doll that just creeps you out – share them with us in the comments below. You can also share with us on our official Facebook & Twitter pages.