There’s a tried and true trope throughout most horror movies: the female heroine. You know what we’re talking about, scream queens, damsels in distress, heck – even final girls go through massive amounts of trauma before the rise above the monster or alien or demon… the list goes on.

Either way, live or die, most women in horror are left broken, battered, and traumatized for (probably) all time. But truth be told, every bad ass doesn’t have to be a Bruce Campbell – and it’s refreshing when a horror film finds a strong female lead that isn’t just battered into insanity but instead becomes a grade A bad ass.

Why does a woman have to be sexually assaulted three times before she can find the courage to cut off people’s dicks? (We’re looking at you, I Spit On Your Grave). The truth is they don’t – and here are 7 very good examples of that. Take a look at our picks for the strongest bad ass women in horror. Period.
. 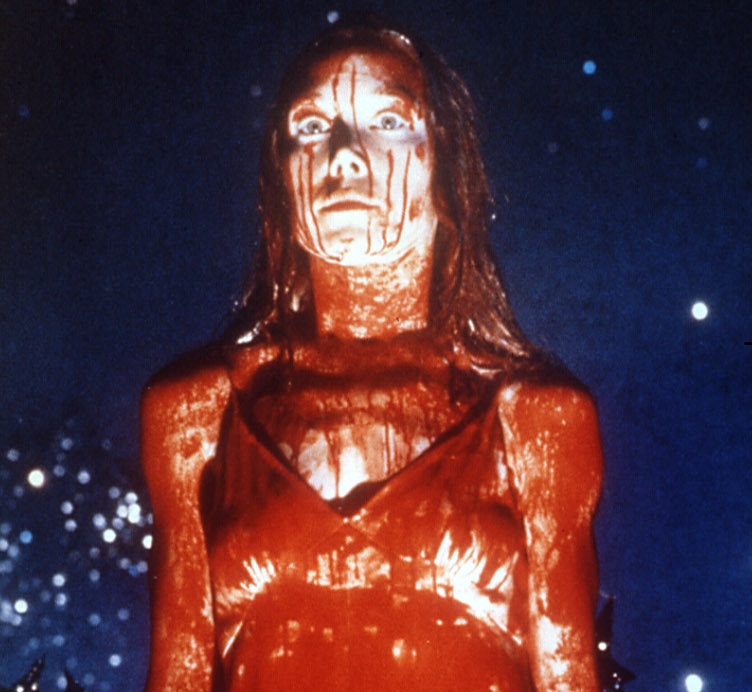 We’re putting Carrie at the bottom of our list for two reasons. One, because she starts off strange, bizarre, and tormented – the exact kind of traumatizing treatment that we were just complaining about. Two, because when she finally snaps into bad ass-dom – she’s aided by a bunch of crazy psychic powers that burn down an entire gymnasium full of rude kids.

Best Bad Ass Moment: Carrie fighting back and repeatedly sending mind knives into her mother… leaving her hanging in the doorway.
. 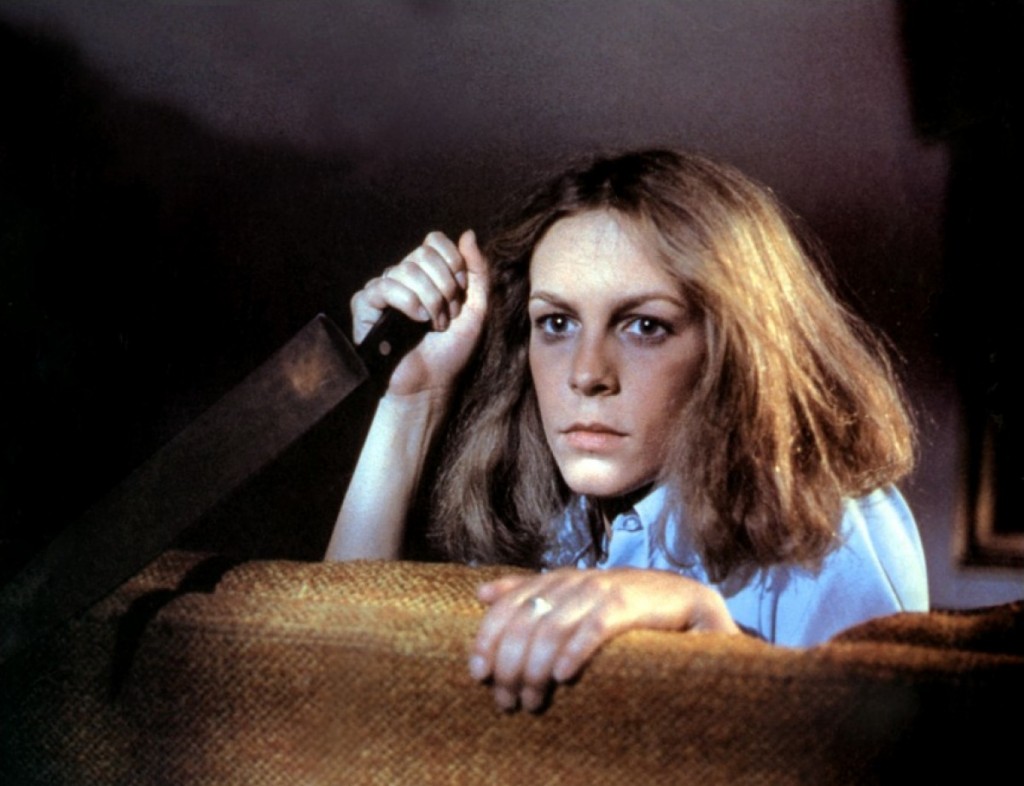 Jamie Lee Curtis the epitome of a good girl gone bad. The original horror movie female bad ass if you will. She elevates beyond a traditional final girl by fighting back with courage and grit. She literally attacks Mike Meyers with whatever is in arms reach: a knife, a metal hanger, a knitting needle. You name it.

Best Bad Ass Moment: We’re torn – it’s definitely a tie between a wire hanger straight into Mike Meyer’s eye and a knitting needle into the neck. Proving that you can stab someone with pretty much… well, anything.
. 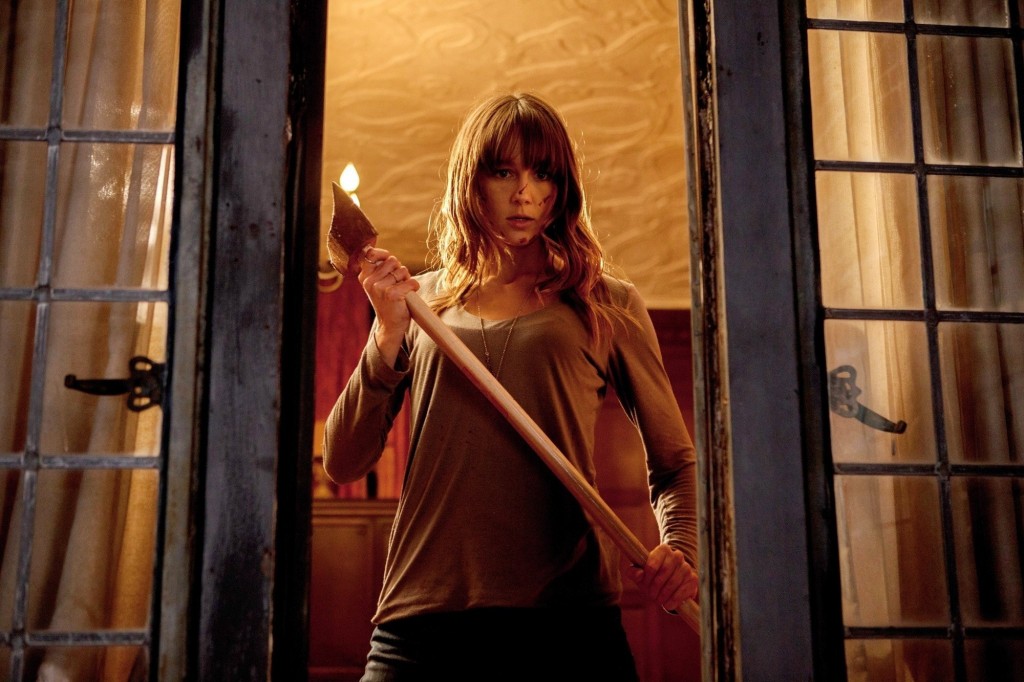 A large family get-together turns deadly rather quickly in You’re Next – the darkest of dark horror satires. Vinson plays Erin, the girlfriend to one of the brothers who surprises everyone when all hell breaks loose. She immediately takes charge, prepares defenses, and even makes weapons – proving that she’s even more prepared the actual killers who are trying to murder the entire family.

Best Bad Ass Moment: Erin takes out one of the masterminds behind the attacks by shoving a blender into the top of his head and blending his brains into mince meat.
.

I think it’s fair enough to say that The Descent is now a horror classic. Filled with true suspense, gore, and non stop scares. It will also go down in history for featuring an entire cast of courageous adventuring women – capable of standing up to a small army of mole monsters. Shauna’s character, Sarah, stands out as the most bad ass of the bunch by taking control of the group during the chaos and not being afraid to crack a few skulls along the way.

Best Bad Ass Moment: Sarah rising out of a pool of deep red blood like a shark and staring into the camera with a fire in her eyes that screams, “I’m going to fucking kill everything that moves.”
.

3. Heather Langenkamp in A Nightmare on Elm Street (1984) 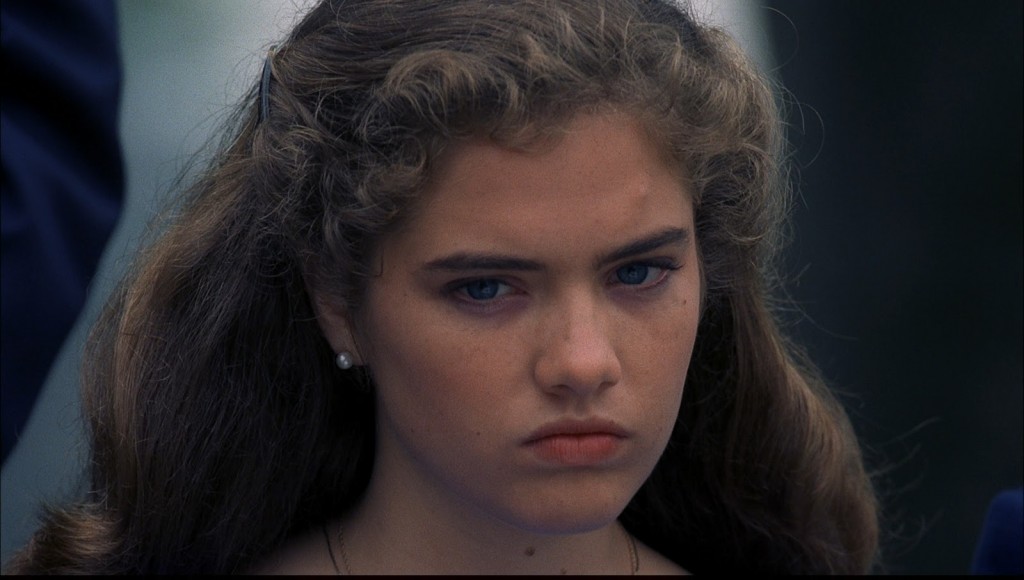 Nancy is one half Kevin from Home Alone and another half angsty teen. Mix that into a battle against a demonic monster who can kill you in your dreams and you have the perfect combination for the ultimate bad ass. After 7 days of not sleeping, Nancy pulls all the stops by setting deadly traps that leads to Freddy being burned alive – doing what none of the other kid or adults could manage – defeating a demonic killer.

Best Bad Ass Moment: Sure burning someone alive is incredibly bad ass – but Nancy reaches her highest level of strength upon realizing she cannot be afraid of him. Seriously, it takes a lot to not be afraid of a burnt up all powerful dream monster.
. 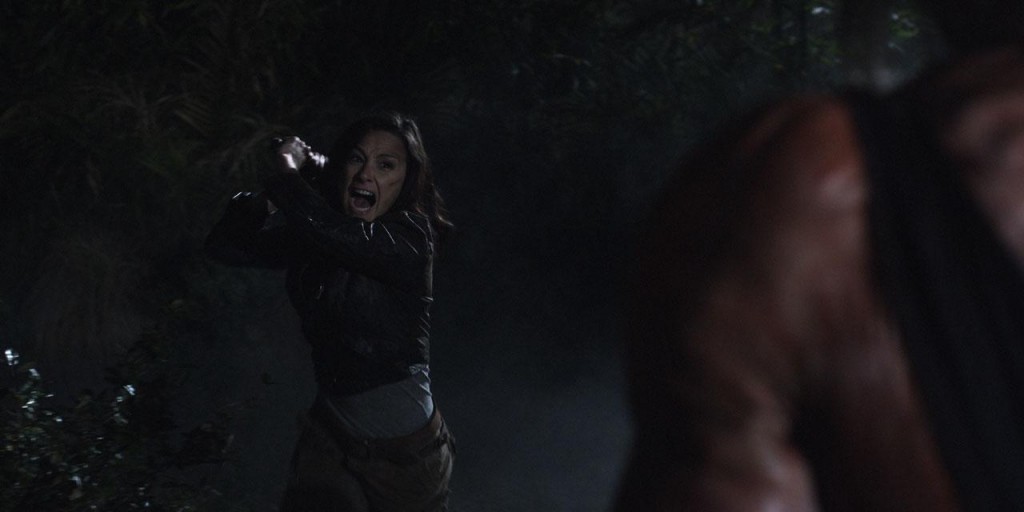 If you quickly scanned Danielle Harris’ list of movie roles you’d probably wonder why she’s on this list. She’s a master at playing scream queen victims – so it’s refreshing that she showed up in Hatchet 2 as something new: a take-no-shit rumbler willing to take down any deformed monster.

Best Bad Ass Moment: Capping off the film by slashing a hatchet into the head of Victor Crawly over, and over, and over again (oh the irony). And then unloading a shotgun blast into his face screaming, “Fuck You!”
. 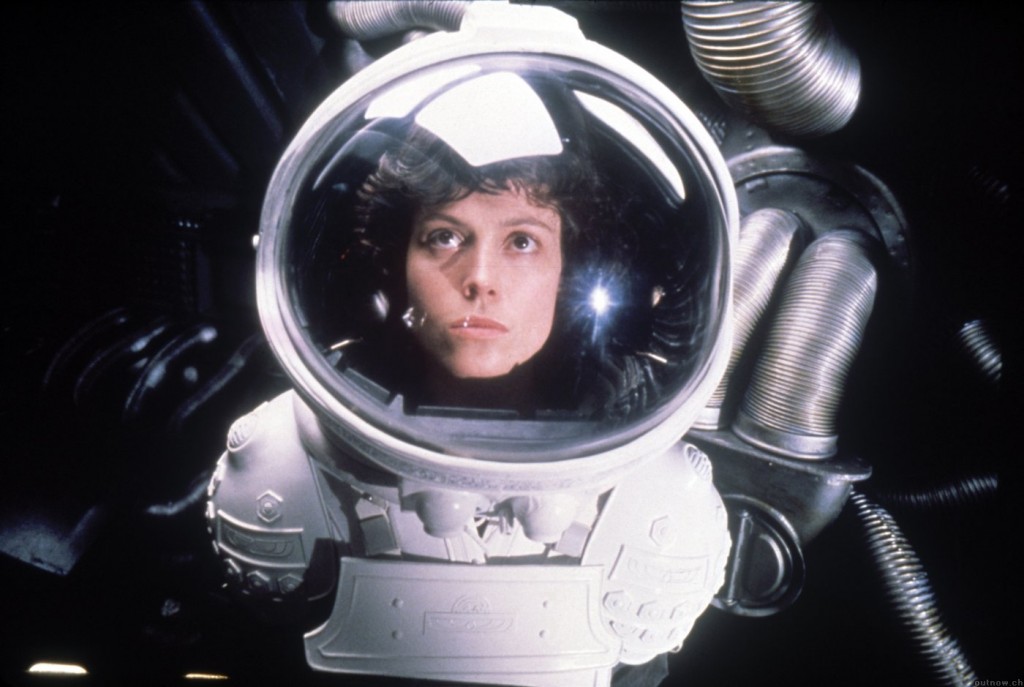 This one is a no-brainer. Sigourney Weaver as Ellen Ripley is probably the most bad ass mother fucker there is in horror – regardless of gender. This is a character that starts off strong and ends even stronger.

Best Bad Ass Moment: This might not be fair, since the sequel, Aliens, is much more an action movie than a horror film; but we can’t leave out one of the most bad ass phrases ever uttered in sci-fi or horror: “Stay away from here, you bitch!”