Survival Horror at its finest.

There’s a big struggle that most horror buffs face as the movie titles pile up under your “watched list.” That is, of course, the struggle to actually get scared. You may still love the gore, the atmosphere, and the torture – but when was the last time you actually jumped or felt scared walking home after watching a movie with all the lights off?

It’s tough and there’s no real answer on how to truly relive the magic again like when you saw your very first movie that scared you to death. But if I had to put my money on it – I’d tell you there’s one form of horror that scares me time and time again. Video games. 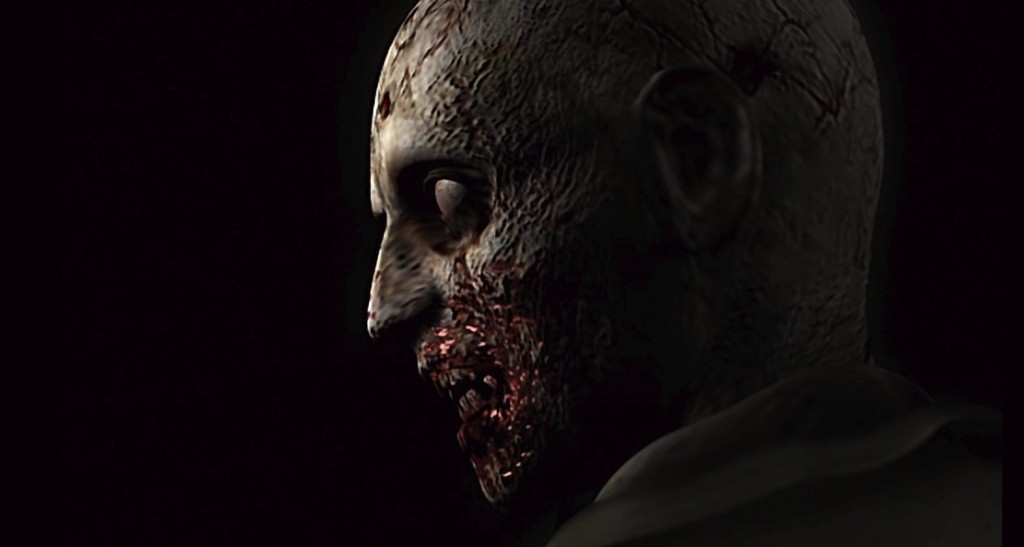 Ever since the popularization of survival horror with Resident Evil – the world has caught onto horror video gaming in a big way. And I’ll tell you why they remain popular – because they can scare the shit out of you over and over again. No matter how many times you play, no matter how many different horror games you’ve put yourself through; you. Will. Be. Terrified.

It all boils down to one main element – feeling immersed. That’s what any type of horror tries to do. They want to pull you into the world and forget that it’s not real so that when a monster or demon attacks, you scream your lungs out. So what better way to become immersed than to actually control the actions of the main character; to truly become an active player in the world of terror in front of you?

Interactivity is the key to horror video games’ success. When a zombie comes at you with his choppers and you only have one bullet and a low health bar – you feel the stress and tension bubbling up in your heart. Why? Because it’s up to you to make a split second decision that decides whether you live… or die and have to redo the whole scary moment again.

More recently, independent developers are starting to understand this key fact. They’ve moved away from big budget games with over a dozen options and boiled it down to raw essentials. The very same raw essentials that grip us in a life or death situation.

Let’s take Slender Man as an example. The graphics are old school and the mission is simple. Walk around and collect 8 notes in a dark wooded forest. You can’t fight back. You can’t shoot a gun. All you can do is point your flashlight around. But much like the killers that stalk protagonists in movies – the “bad guy” can appear anywhere – whether it be magically around the corner or even suddenly behind you.

In terms of traditional game mechanics, this seems backwards. There are no rules on how the Slender Man works. There’s no pattern to learn. No way to know when he will suddenly turn you around and kill you. But that’s part of the fun. It’s not about learning how to master the game – it’s about putting yourself through an unexpected scary experience.

The most recent example of this is the Playstation 4 Demo for Silent Hills, P.T. Once again your mission is simple; walk through a hallway and try to find a way out of the house. Again, you can’t shoot or jump or dodge – just walk and open up doors. But my god – I’ve never been more terrified sitting in my apartment with the lights off in my entire life. The game goes out of its way to play psychological games with you. Making you double check to see if you really just witnessed a shadow lurking in the corner – or question whether you actually heard that baby crying.

By the time I walked through the same hallway for the tenth time, my hands were shaking. I had no idea what to expect – and you know what? You can’t even take a break and pause the game for too long in order to build up your nerve. If you even try, this is what happens…

I could continue this list for days – whether it be big budget AAA titles like Dead Space or championing successful indie darlings like Outlast. These games change the cliché from “Oh I wonder what will happen when that girl goes up into the dark attic” into “holy shit I have to go up into that dark attic by myself and find out what made that noise… I’m probably going to die.”

Once and a while there will always be a gem of a movie that truly makes you remember what it means to be scared – but while I’m waiting, I’m going to sit down and replay the HD remake of Resident Evil; because I know that it will make me twist in my seat and scream out loud as I jam buttons furiously. I apologize to my neighbors in advance.
.

So what do you guys think are the scariest games you’ve ever played. Or if you think I’m wrong – what horror movie do you think is scarier than any video game can muster? Let me know in the comments below, but I won’t go down quietly. You can also hit us up on the official HFC Facebook and Twitter.