Will you be safe on October 31st?

Rob Zombie has announced the relaunch of his crowd funding campaign for his new film, 31, set to take place on the five days leading up to Halloween. Rob Zombie had previously raised money last fall in an attempt to gain funding for this feature.

A quick recap on the synopsis: 31 revolves around five people who are kidnapped and held hostage in “Murder World,” a purposefully constructed zone of hellish terror and violence. The five must fight their way out of “Murder World” in order to regain their freedom. 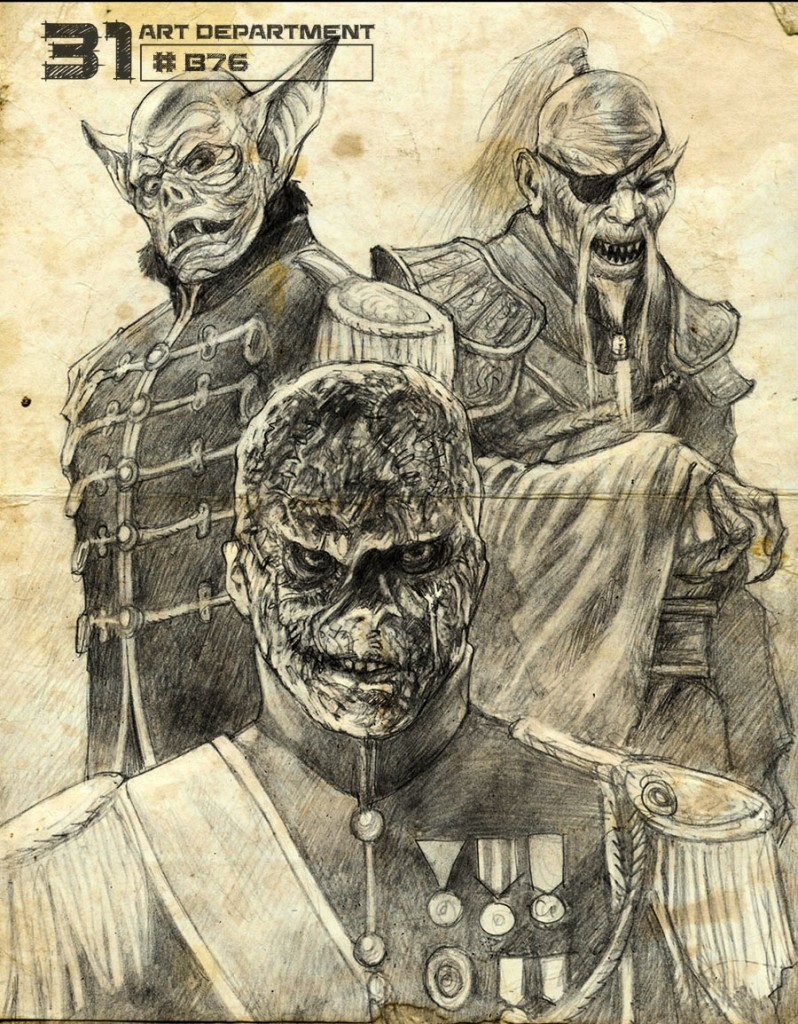 “After wrapping up our first campaign we were bombarded with late requests to be part of the 31 action. So here we go again! Time to join the bloody clown mayhem! Filming starts in March so get ready for tons of exciting updates on what promises to be the most fucked up film of the year.”

Zombie had previously released concept art during the first campaign, which can still be viewed on the fund backing website. If you’d like to see those sketches and also contribute to the film’s campaign – you can head on over to Zombie’s Fanbacked page.

The rewards for contributing seem pretty awesome. You can get LIFETIME tickets to any Rob Zombie show, a “free” copy of 31 upon its Blu-ray release, and even get daily phone calls from Rob Zombie himself once he gets to work on set for the film. Of course, that all depends on whether or not you support the idea of crowd funding – but that’s a conversation for a different time.