Will we get a new Alien that doesn’t suck?

A lot can change over a few months. Some things that just seem like a fanboy’s pipedream can turn into a reality with a little spit, elbow grease, and time. So we’re excited to say that Neill Blomkamp might not be out of the game to helm a fifth Alien film.

For those who don’t know, a few months back Blomkamp shared some amazingly detailed concept art that was a part of his Alien movie pitch. At the time this seemed like an impossible dream. Nothing more than a “wouldn’t that be awesome” scenario.

But now the director has supposedly become close with Sigourney Weaver (having first worked together in Elysium and now the new Chappie). This might be the key to giving this passion project actual momentum. 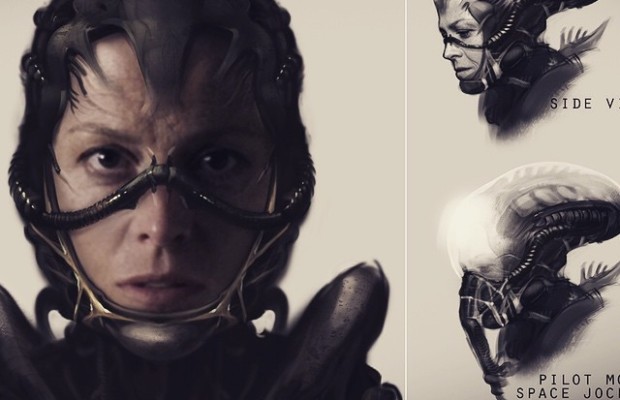 Speaking with Collider, He claims to have asked Weaver about Alien “all the time” while shooting Chappie and that now he “may still make that film.” He continued further:

” ‘Alien’ and ‘Aliens’ are my favorite films,” he adds. “So I genuinely wanted to make that film, I came up with the story, I came up with way more art than I put out and I never officially spoke to Fox about it, but Fox wanted to make it. So, I kind of touched on it and I didn’t know what to do, and I didn’t know if I was just gonna go leave directing for a whole bunch of time and then I was like, ‘I might as well put some art out.’ But I may make it. I don’t know. That’s where it stands.”

Okay, so that’s not necessarily the most confident statement about its production – but if Blomkamp really has as close of relationship with Sigourney Weaver as he claims, that could be a huge ally in helping this passion project become a reality.

Whatever ends up happening, we’ll still be imagining the perfect Blomkamp Alien film in our heads with the little concept art we’ve seen. At least in our brains it can’t disappoint us.