Is this simply The Road Warrior of zombies? Or something more?

There’s an entire subplot in Wyrmwood: Road of the Dead where a bat shit insane scientist puts our heroine Brooke (Bianca Bradey) through a series of needle ridden tests. She’s chained up against the wall inside a trailer truck along with other moaning zombies. I’m not exactly sure what the tests are for – or even what they are meant to accomplish – all I remember is the scientist suited up in yellow quarantine gear, singing, and dancing like a villainous madman about to conduct a suicidal orchestra. Why is he so crazy? Why is he so evil? It doesn’t matter because it’s all incredibly entertaining. And that’s pretty much how all of Wyrmwood operates. 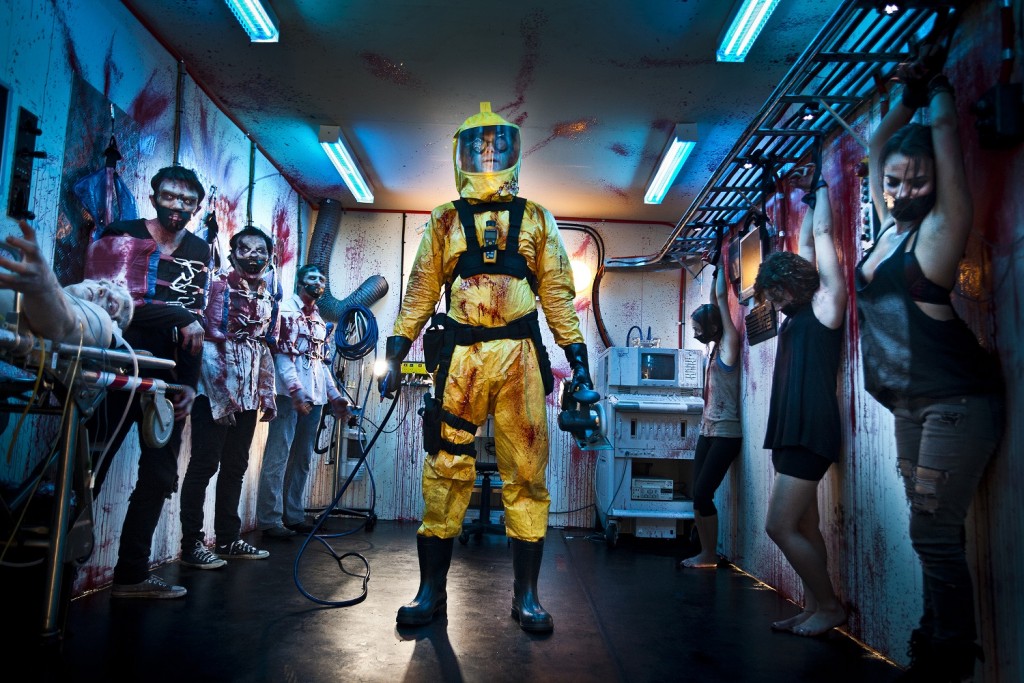 The set up is simple, a strange meteor shower starts turning everyone into zombies. Barry (Jay Gallagher) quickly loses his entire family to the infection, is forced to kill them, and now has to hit the road with a small group of survivors in order to save his sister.

The sister, meanwhile, has been captured by radical soldiers suited up in SWAT gear and chained up for testing from the aforementioned scientist. A lot of other plot points rear their ugly head along the way (such as zombies’ gassy breath somehow becoming flammable fuel for no real reason) but none of it matters. The plot has no real intrigue, suspense, or drama – it is simply a means to move the stylish gore forward.

I can best compare it to being like a video game. It has lots of contrived plot elements that are simply thrown in just to cause a reason for action and bloodshed – to give us another “level” if you will. The big difference is, obviously, you can’t play it. This would normally be a huge buzz kill – but honestly, director Kiah Roache-Turner, injects so much flash-bang style that you are never bored. Even more so, you’re definitely too pumped up from all the action to ever really think about the plot.

Forget about less is more. This movie lives by the credo: more is more is MORE. Barry spends the first act of the film just running around punching and kicking zombies in the face (just like Leon Kennedy – if we want to keep the video game references going); there’s a car that’s fueled by imprisoned zombies; and a chick that can psychically link to other zombies and control them with one-to-one movements. It’s like every bad idea a group of pre-pubescent horror nerds thought up after a long night of Mountain Dew was smashed together into one film… yet somehow combined it works. I truly had a good time. What really helps is how the cinematography glorifies all the action. Gritty and stylish in the same way Mad Max was before it – you’ll find yourself often uttering to yourself, “wow, awesome,” or “that was fucking cool.”

That’s not to say it’s all good. While the ridiculous plot is easy to ignore most of the time, many of the emotional beats just fall flat. It’s as if the film suddenly starts taking itself seriously. One particular moment, when a man talks of his son’s battle with cancer, feels completely random, forced, and only thrown in to make his eventual death more significant.

The finale also falls flat, ending off with a fist fight between Barry and a soldier that we hardly ever saw. Literally, we don’t even see his face the whole film – he could have easily been called Soldier #1. That’s how unimportant he feels for 90% of the movie. It’s a bit of a let down and doesn’t feel like a big enough ending for all the craziness that came before it. 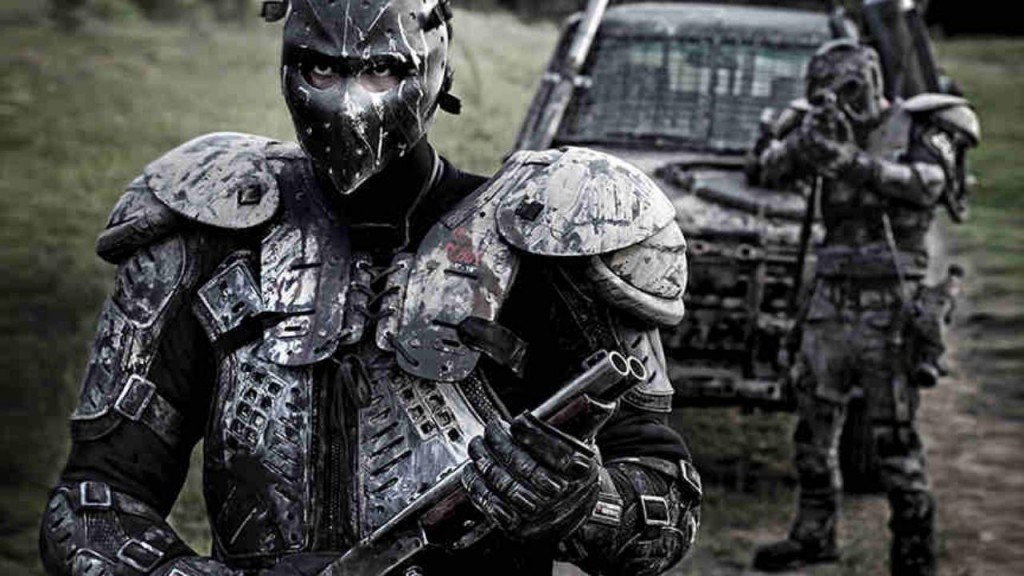 There’s also a whole lot of bad looking CGI blood. I know this is a low budget movie, but Roache-Turner’s style does a good job at hiding that fact for the most part.,. then the CGI blood comes in and washes some of that good will away. It just looks added in last second, cheap, and boring. Give me good old fashioned squibs any day.

The acting can’t really match up to the impressive style either. A lot of it just feels forced, with the mad scientist being the only actor who really was able to hone into appropriate energy and gel with Wyrmwood‘s world. Look, I don’t need academy level performances in a VOD release – but if the acting starts to take you out of the world, it’s just unfortunate.

But before you can dwell on any of these things, there’s another gunshot, bloody explosion, or dancing scientist in a room full of rotting corpses. Does Wyrmwood reinvent the wheel? No. But it doesn’t have to. It just has to be entertaining enough and good looking enough to have us howling in delight. While I would have enjoyed an actual thoughtful plot – it’s not necessary. Every time we get bogged down with eye rolling stupidity a zombie’s head explodes. The damage is erased and you’re back to having mindless fun. Which is fitting – this is zombie film after all.

Zombies Meet Mad Max in the Stylish 'Wyrmwood'
Wyrmwood: Road of the Dead has enough grit and style to make up for the piss poor plot... most of the time. It's only when the film takes a break to focus on character that we're left rolling our eyes.
Rating7
Pros
Cons
7Overall Score
Reader Rating: (2 Votes)
88%