This is more than a love letter. It’s a fright fest for hardcore horror fans everywhere.

Adam Green has been more than capable of proving one thing about himself as a filmmaker – he is absolutely in love with the horror genre. From his loving ode to slashers in his debut film, Hatchet, all the way to his horror sitcom, Holliston; there’s no doubt that Green is a hardcore horror fan and has been able to establish a large hardcore following because of it.

This is never more apparent than in his latest feature film (and first in five years), Digging Up the Marrow. Taking up the mockumentary angle – Adam Green becomes the main character himself, allowing for an over abundance of meta jokes and inside looks into the passion and dedication of hardcore horror fans. This can come across as overbearing at times, especially when you consider the blurred lines between Adam Green the real-life director and Adam Green the fictional character. I didn’t mind it much though, as it provides a source for early laughs and an honest and heartfelt look into the horror community.

Mix that with the insanely unique and horrific imagery of Alex Pardee (look up his work) plus a mysterious hole that leads to an underground society of monsters – and you have the potential for a horror love letter that actually elevates into something that is scary in its own right. 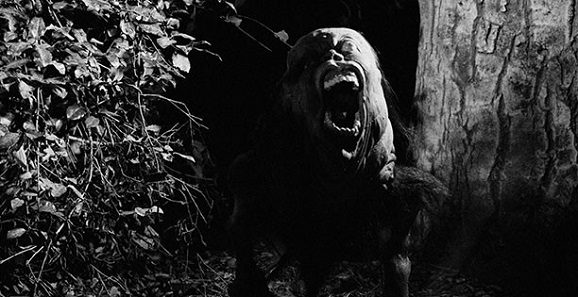 Digging Up the Marrow matches up to that potential – mostly. I’ve never seen Adam Green show more restraint in his directing, allowing long stretches of darkness and silence to help build suspense before any creatures actually make an appearance. One pivotal scene of Green and his camera man getting a little too close to the hole is a masterful example of such restraint. The tension builds and it’s too dark to see what’s down that hole, the supposed “entrance” to the Marrow. My heart was racing and I honestly had no idea when something freaky was finally going to happen. How long was this scene actually going to last? I wanted it to end, in a good way, because I was so nervous that I just wanted to return to the safety of a new scene. Previous Adam Green flicks have never been about to pull this off for me. It was always more in your face gore and shock – so this was a true treat.

There are a small handful of scenes that accomplish this heart pounding fright and my biggest complaint is that it was only a very small handful. That’s not to say there were other scenes that failed to frighten – it’s more so that the film chooses to only give you small visits to the Marrow itself and otherwise focuses on the more playful and eerie story of the man who found the entrance in the first place.

Which brings me to the other shining element behind Digging Up the Marrow – Ray Wise. Wise plays a retired private detective, William Dekker, who has found a secret world of deformed creatures that live underground. He is the man who becomes the subject of Green’s documentary and is the mysterious and tragic figure who connects us with the terrors below. Wise is pitch-perfect in the role, always balancing powerful dramatics with his eerie and down right insane side. For example, he is somehow able to make the unseen monsters seem truly dangerous while also giving them childish names – such as Vance and Little Bigfoot. 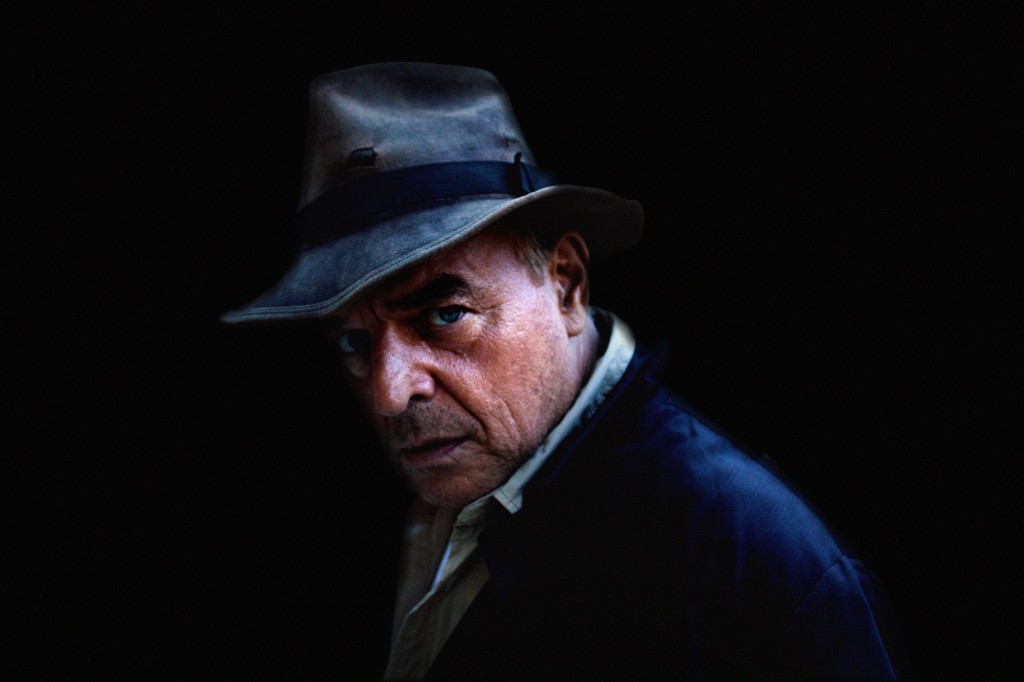 He is the perfect foil for Green, who plays a goofy and more impatient version of himself (I assume). He constantly becomes frustrated with Dekker – unable to separate his horror fanboy obsession with Dekker from his desire and need to take control as a director. It creates wonderful tension in scenes that otherwise have nothing to do with scares or monsters that go bump in the night.

And then we finally see them: the wildly inventive monsters that came straight out of Alex Pardees head. As with most horror films, the monster mash of a climax always feels disappointing – being unable to look scarier than what our imagination can conjure up. But Adam Green is smart. He knows this and keeps the big reveal short. He doesn’t want the in-your-face climax to be the last taste in your mouth. He keeps going and ends on a good beat, returning us back to the quiet dread that made most of Digging Up the Marrow so much fun to begin with.

Ultimately, some might find the meta aspects of the film to be too goofy or too egotistical. It’s true that these elements sometimes feel in conflict with the true pulse of the movie – the mystery of William Dekker and the monsters inspired by Alex Pardee. But what is most important is that Green has been able to make this film more than a fanboy dream put to film. It’s a genuinely scary movie if not a bit too modest in its ambition. In the end, I found myself thrilled and, for a few short minutes, afraid of what real life monsters might lurk in my dark apartment. That’s exactly the kind of feeling Adam Green wants us to have and it’s what he is always searching for – both the real life director and his fictional counterpart.

*Side note: Being a fellow Hofstra University graduate – I’d like to take a brief moment to say how much I love how Adam Green always throws in one dig to Hofstra in every film he makes. Don’t hold back man. I don’t know about anyone else but I, for one, always laugh when the joke drops. Hofstra pride, yo.