The truth is hiding in the Open Water.

This article is dedicated to the people who enjoy Scuba Diving. May this never happen to you.

Open water, directed by Chris Kentis, premiered in 2003 and it immediately caught everyone’s attention. You don’t see that often movies taking place exclusively in the water. I remember my first reaction being like, “This is going to be sooo boring!” but somebody around me pointed out “Boring??? Well, this really happened and what could happen to you while left out in the open water is definitely not boring.” The “really happened” part really struck me. What happened in reality? What is the true story behind the movie? 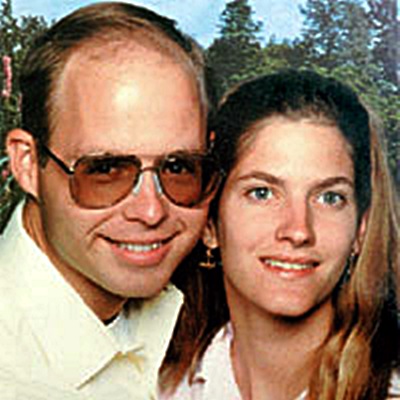 Tom and Eileen Lonergan from Baton Rouge,Louisiana joined the US Peace Corps in the early 90’s and were teachers for underprivileged kids in the islands of Fiji and Tuvalu. In 1998, they visited Australia during a mini world tour on their way back to Louisiana and decided to take advantage of the opportunity to explore the Great Barrier Reef, the world’s largest coral reef system.

While they were scuba diving in the Reef with Outer Edge Dive Company, the rest of the group embarked on the boat and in an unsuccessful head count the crew decided that the boat was ready to go. The couple found themselves stranded in the middle of nowhere.

Two days later a bag with their belongings was discovered in the diving boat. An alarm was raised and thorough research started taking place in the water but the Lonergan’s bodies were never found. The only things found were a piece of Eileen’s wetsuit, diving gear and a diving slate with a last message written by Tom himself

Can anyone help, we have been abandoned by Outer Edge at Agincourt Reef. Please help us before we die.

Several rumors were spread regarding the whereabouts of the ‘unlucky’ couple.

The scenario that the authorities and most people (including the owner of Outer Edge Dive,  Geoffrey Nairn, that was held responsible for the accident) believe is that they died in the ocean.

Some believe that the couple willingly stayed in the open sea in a suicidal attempt or a murder-suicide plot. These thoughts were encouraged by an extract from Tom’s journal

Like a student who has finished an exam I feel that my life is complete and I am ready to die. As far as I can tell, from here my life can only get worse. It has peaked and it’s all downhill from here until my funeral. 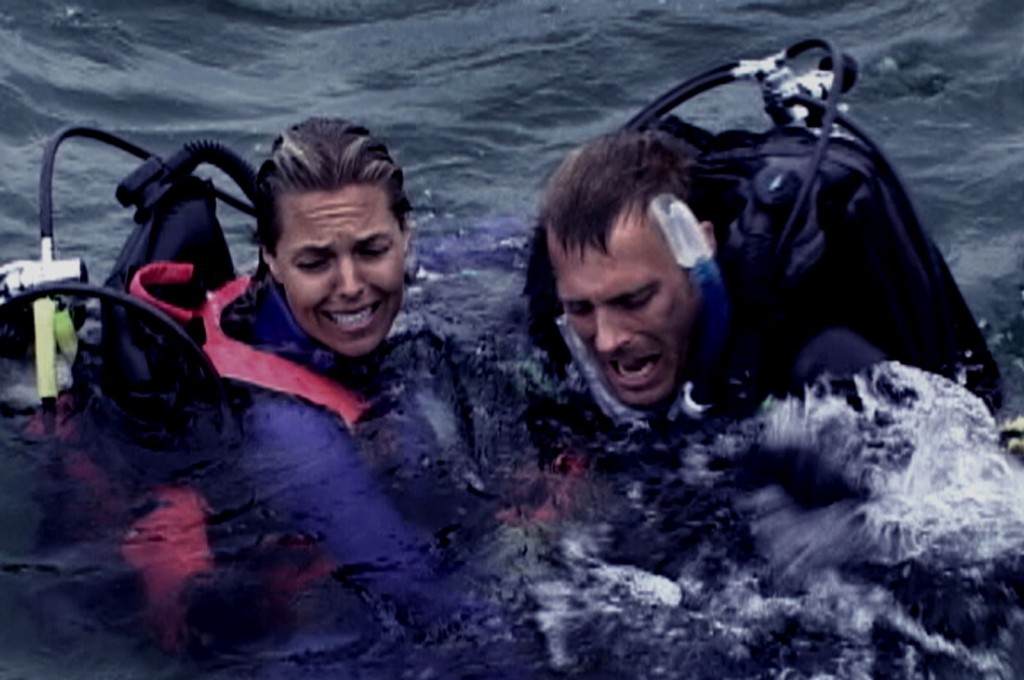 According to some witnesses though the couple was still alive. People claimed to have spotted the couple at a bookstore and at a service station but nothing was confirmed by the authorities. The scenario got even more complicated when some people believed that they were CIA agents using their jobs with the Peace Corps as a cover, that stumbled across sensitive information and decided to fake their own deaths or their spy bosses wanted to give them new identities in America for their own protection. Yet another conspiracy theory claims that the two  “CIA agents” turned traitor and were killed by their own kin to prevent vital secrets.

‘Open Water’ is one of those survival thriller movies that instantly convinces you that being stranded in the middle of the ocean is bad news. Just imagine it for a second. You and your significant other ‘lost’ in that liquid forest we call ocean. And underneath you a whole unknown world and your realization that our biological structure is not that compatible with water. Water might have been our far far away first home but not anymore. Open water is not just a movie script. It happened. In real life.