Trejo and Rodriguez team up once again.

El Rey Network  announced today that original From Dusk Till Dawn cast member Danny Trejo  has joined the second season of Robert Rodriguez’s “From Dusk Till Dawn: The Series.”  It’s actually hard to believe it took until season 2 for Trejo to jump back into the saddle of such an iconic, zany, and bat-shit movie/tv series.

While he’s not reprising his role as Razor Charlie this time around, it’s still exciting news for fans of Trejo and the TV show.  His new role actually sounds awesome as well – “The Regulator,” a horrifying agent of evil who has been summoned to perform a deadly errand. Whatever that means – we can’t wait to see him back in action. 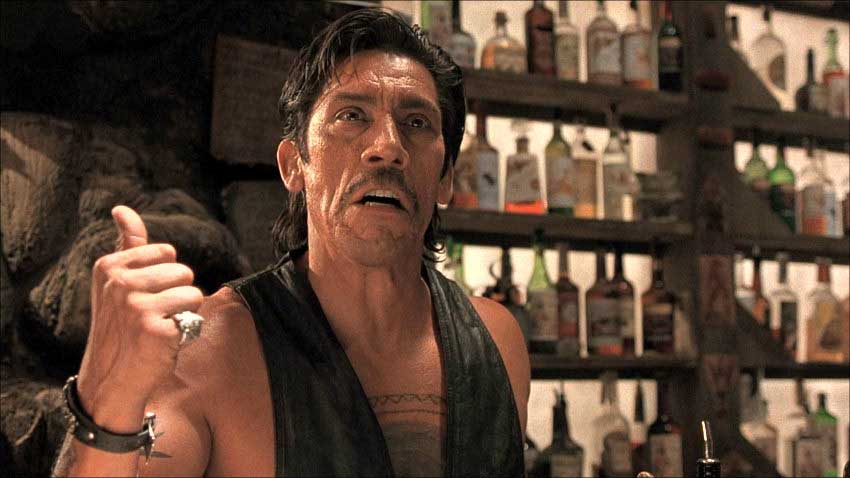 Season Two explores a new chapter in this supernatural crime saga that travels from Mexico to the edgy, tricked-out Texas of Robert Rodriguez. It also deepens and complicates the core relationships between the characters, while adding new faces and new dynamics. Season Two begins with our characters in their separate worlds – Santanico (Gonzalez) and Richie (Holtz) are outside Houston, living like Bonnie and Clyde; Seth and Kate (Madison Davenport) are scraping by South of the Border; and Freddie Gonzalez (Jessie Garcia) is protecting his wife and young daughter in a Houston suburb. And Carlos Madrigal (Valderrama) and Scott Fuller (Brandon Soo-Hoo) emerge from the Titty Twister, changed men. They will all come together once again – this time facing off against an even bigger threat.