What Kind of Scare is a Good Scare?

These films were vilified – seen as some strange fetish that was turning our children into violent torture obsessed monsters. While this was definitely an over exaggeration used to get headlines in the early 2000’s – it does bring up an interesting point. The enjoyment we get from torture and gore is very different from the more classical types of scares we get from high tension, suspense, and eventual loud shocks. 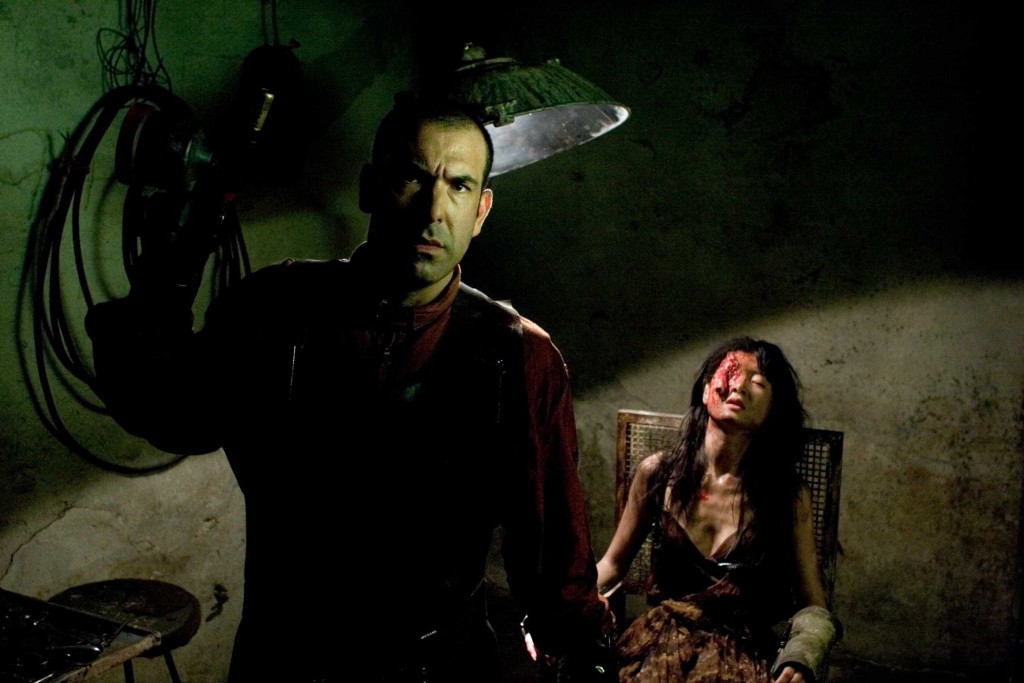 When I watch a head explode into buckets of blood I get elated. I almost jump for joy with giddy excitement. When I see a hacksaw cut slowly throw flesh, bone, and sinew I cringe – yet marvel at the intense realism of the effects. But I’ll tell you one thing: I’m not scared. I don’t walk home at night looking over my shoulder spooked out of my mind.

But then I watch something with suspense – something like Poltergeist or The Exorcist (which, I’ll admit, has a few gross gory moments as well). Those scare the shit out of me. They leave me shaken. They make me nervous – heart pounding, hair standing on end, white as a ghost.

These are totally different reactions. Two completely different forms of entertainment in the horror umbrella. But is one actually better than the other. Obviously the real answer all comes down to personal taste – but let’s take a look into why we actually find these two forms of terror enjoyable. Maybe it will open our eyes as to what we are really looking for when we sit down to watch Hannibal Holocaust vs. something like The Conjuring.

I’ll be frank, I’m no scientist. So I took a quick trip to WebMD to find out what exactly scares us from a more scientific level. When it comes to torture porn or gore-fests – what actually draws us to the violence might all boil down to a tribal sense of excellence. I’m talking ancient ritual survivalist shit. These sort of rituals were usually proving grounds for men – but in today’s society I think this can be applied to anyone. There’s something built deep within us that makes us want to master dangerous situations. It’s like two little kids trying to prove who is the toughest: “I dare you to go in that scary abandoned mansion!” One kid might say. The other is scared but still does it – has to do it – to prove he is a tough kid. This is what we are doing when we sit and watch gory movies. We are happy, excited, empowered to know that we not only can watch such gruesome entertainment – but that it doesn’t even affect us. We laugh because it shows just how god damn tough we really are.

Mix that up with some desensitization from seeing so many disgusting movies and perhaps some fascination of how the special effect guys can pull it all off – you got a delicious stew of enjoyment going.

But what about suspense? The slow burn of some deep cutting tension? Well, I think this can go back to the tribal aspect. The desire to be tough enough to withstand such high levels of fear. But if you ask me, it’s all part of the adrenaline rush. Another quick look through WebMD pulled up some data that seems to prove that our brain doesn’t really know the difference between fake fear (movies) and real fear (actually getting chased by a man with an ax… or something like that). Our body reacts the same way. Our heart pounds the same way. So of course our body jumps into adrenaline mode. Fight or flight. We get that intense high. It’s the same reason people love to do stupid danger stunts like running along side a speeding train or daredevil flips over fire. It’s a rush. It feels good.

So which one is better? Which is the more pure form of entertainment? Look man, I have no clue. But I’d love to hear what kind of stuff you all prefer. Are you just trying to show off how tough you are? Or are you a secret adrenaline junkie? Hit me up in the comments below and let me know which one is king: Gore-fests or masters of suspense. You can also drag the convo out onto our HFC Facebook or even our twitter page at @thehorrornews.