Do horror movies need to be scary?

I know that sounds like a stupid question. Of course horror should be scary! Isn’t that why we love horror in the first place? But bear with me.

I would argue that horror, perhaps more than any other genre, is defined by the emotions it’s expected to evoke. There is a range of related emotions we expect from a horror movie: from fear and suspense (or dread), to discomfort and, well, horror. Maybe a perfect horror film should elicit all of these emotions. On the other hand, maybe it just needs to pick one and do it well.

I tend to think it’s the former, though. A truly great horror movie balances those emotions to maximize its overall effect. We need to feel suspense to build tension, and fear is the adrenaline rush that keeps us horror junkies coming back for more.

But the problem with fear and suspense is that they’re fleeting. Movies get less scary as they age, probably because fear is influenced by culture. Hitchcock’s movies were terrifying to the people of his day. But a modern horror fan is more likely to find The Birds funny than scary. And of course, even the scariest movie loses some of its mystique on a second and third viewing. 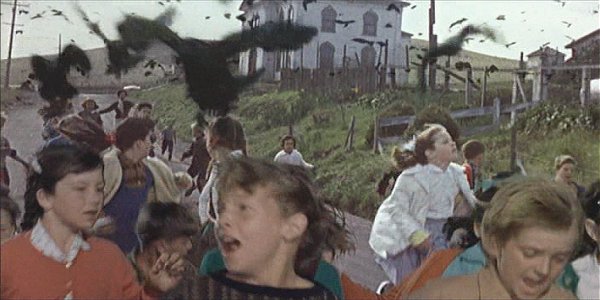 But horror sticks with us. It’s a deeper, more complex emotion. It comes from the perversion of the familiar or natural order of things. After all, the thing about monsters is that while their violence and savagery is scary, their humanity is what’s disturbing. They’re humans distorted by pure evil. Humanity is universally horrified by the same things, and probably always will be.

So, to answer my own question, does horror need to be scary? In the strictest sense, no. But in the most important way, absolutely.