Everyone’s favorite paranormal investigators are set to return to the big screen — only this time they’ll be across the pond.

Ed and Lorraine Warren (played by Patrick Wilson and Vera Farminga)  are bringing their investigating talents to England in The Conjuring 2. In a conversation with Screencrush director James Wan stated:

Basically, the amazing thing about the Warrens is, they have thousands of cases they investigated. The idea of doing another story from their case files just feels very organic. For this next one, it’s set in England and it has a very different vibe than the first movie. It still lives in the same world, but the location and the next case they have, has a different flavor to it.

Rumor has it, that for the upcoming installment of The Conjuring, the plot will revolve around ”The Enfield Poltergeist” — a 1978 UK case surrounding two possessed sisters. After reports of knocking sounds and flying objects, Margaret and Janet Hodgson became the talk of the UK. Allegedly the two sisters began to speak in demonic voices and one of them even dematerialized, only to reappear in a cabinet.

If seeing young girls disapear and speak out of tongue is your thing, then this movie may  be awesome. The Conjuring 2 is set to hit theaters June 10th, 2016 . 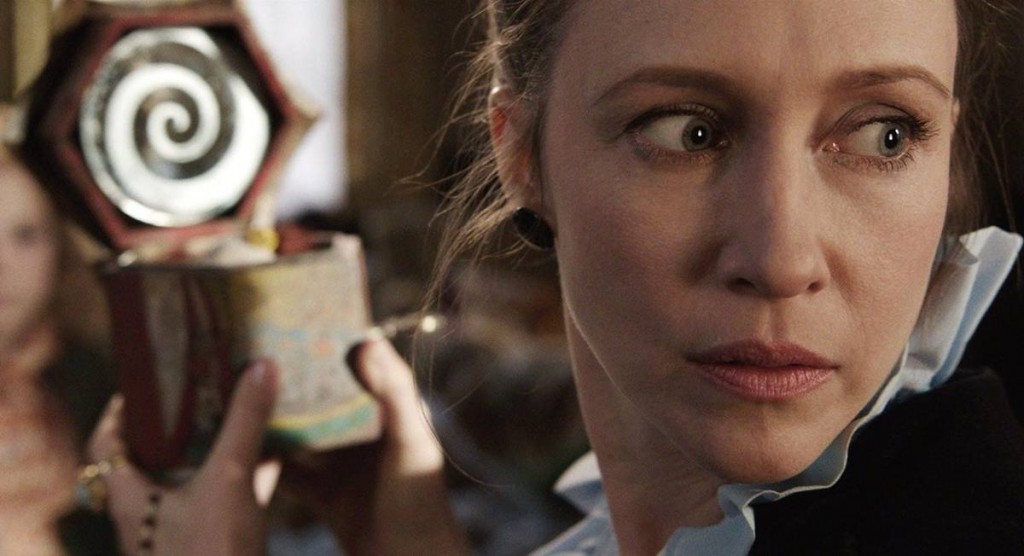