Should you watch this horror movie as an Easter treat?

It seems like 1996 was a big year for Catholic schoolgirls turning to the occult. That was the year sleeper hit The Craft came out with Neve Campbell and Robin Tunney. But there was another similarly themed movie that year. Little Witches, starring Sheeri Rappaport, Mimi Rose, a young Clea DuVall, Jennifer Rubin and David Lynch favorite Jack Nance, is a micro-budget supernatural thriller that falls right in the middle of so-bad-it’s-good territory.

A gaggle of outcast schoolgirls who are stuck at school for Easter break discover a Satanic church underneath the church of their Catholic boarding school. What starts out as some innocent rule-breaking ends up becoming much more serious once bad girl Jamie (Rappaport) decides to call on the Devil in order to get adults to stop telling her what to do. So it becomes up to good girl Faith (Rose) to stop her.

The logic of this movie is almost non-existent. Take for instance the fact that the school is renovating their church. Little Witches expects us to believe a Catholic boarding school would allow for construction workers to hang around campus shirtless with underage girls around. Also, the movie must have scenes cut out because characters reference things that should have happened within the film’s narrative but are not shown. The script seems to be under the impression that there is a complex mythology behind this movie and it’s really compelling. But the story just does not make any sense at all; everything is too rushed as if the audience is supposed to just get it.

This movie is pretty hilarious. The dialogue is blunt. The acting is screechy. The special effects are primitive. The clothes are hideous, even for the time period. This is exactly the kind of movie you should watch on a Friday night with your best pals and some beer. And because it’s the 90s, this movie is as earnest as it can be. The cast, the writers and director Jane Simpson take everything as seriously as they can. This really adds to the camp value.

There’s also a lot of gratuitous nudity in this movie, especially in one bizarre scene where Jamie strips in front of her window for the benefit of the construction workers. The film sets her up to be a problem child and there’s a hint to some trouble at home. But the school’s response to her troublemaking is just to shake their head and reprimand her. The girl is clearly crying for help. I’d say it was a commentary on organized religion but I don’t want to give Little Witches that much credit. The disconnect between Jamie and the authority figures is interesting but it gets exploited to suit the climax. 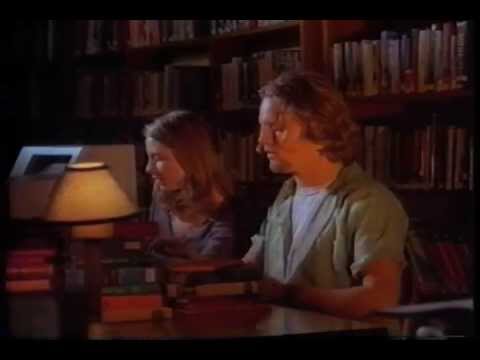 It’s hard to take this movie seriously on any level. It’s like a bunch of high school students took a camera and shot what they thought would be a totally scary movie. Then they got the drama department to make them the least convincing Devil/demon thing in the history of time. Everything about this movie is unconvincing. The movie is so misguided that you can’t help but laugh at what you’re seeing.

Little Witches is not a good movie unless you’re in the mood to laugh at the ludicrousness of it all. While watching it, I could not figure out how this could get made and released to the public. With zero logic, over the top performances, random nudity and wonky effects, Little Witches is an awesome campy horror movie. It is currently streaming on Netflix.