Scott Cawthon, creator of the incredibly popular trilogy game, Five Nights at Freddy’s, teams up with Warner Bros to produce a horror style adaptation. It’s an interesting mix, but this one should have some goodies in store.

The feature will be produced by Roy Lee (Poltergeist, The Ring) of Vertigo Entertainment as well as Seth Grahame-Smith (Abaraham Lincoln: Vampire Hunter), and David Katzenberg (Stephen Kin’s IT, Gremlins, Bettlejuice 2)  of KatzSmith Productions.

“The story really lends itself to being a movie and it taps into a largely unexplored niche of horror that a lot of people will be able to relate to,” -Cawthon.

For those of you not familiar with the game, here’s the break down:

The game takes place in Freddy Fazbear’s Pizza, a darker version of Chuck-E-Cheese, where an animatronic animal band performs kiddy songs by day, and goes on murderous rampages by night. The goal of the game is survive a night locked inside, knowing that a furry death machine might jump out of the dark at any moment. 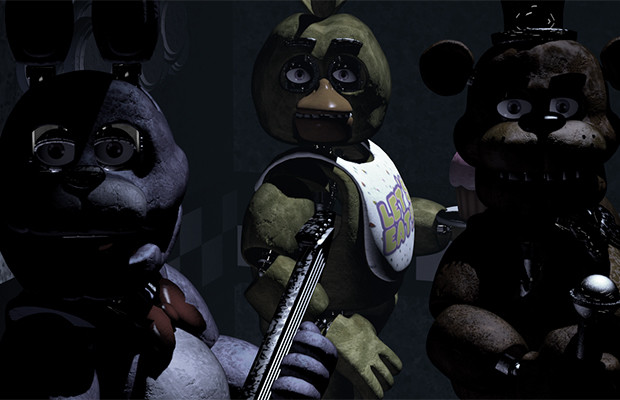 So what do you guys think? Can this surprise hit point & click game be successfully transferred into a thrilling horror movie? I mean, I guess if they could make an entire movie out of Battleship then anything is possible… maybe.