The Horror Film for Generation Y.

It seems only appropriate that after 15 years of ‘found-footage’ horror films, we would see the natural progression into its online form. Starting with a video camera in The Blair Witch Project in 1999, 2015 shows us the ‘upgraded’ version to the likes of Facebook and Skype.

Directed by Levan Gabriadze, Unfriended starts by showing us a video on Youtube. Laura Barns, a troubled teenage girl, is caught on camera committing suicide after a video of her drunk at a party leaks online. On the one-year anniversary of her death, six friends decide to have a group chat on Skype, but are interrupted by a mysterious seventh user. This unknown person threatens everyone to remain in the chat, or they die. The plot progresses into a deadly game of cat and mouse as horrible secrets of their past are revealed. I had trouble typing the synopsis just now, because even though I’ve seen the film, it somehow still doesn’t seem like a credible story. 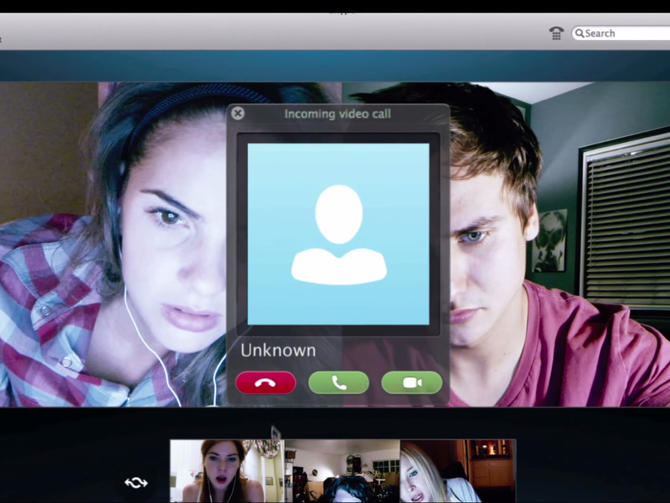 To be perfectly honest, I was always skeptical about Unfriended. Despite my intrigue in this new take of a familiar tale, I couldn’t help but question the logistics. I was surprised to find that I was immediately hooked. The whole film takes place in real time on one computer screen belonging to Blaire Lily (Shelley Hennig). We see how the generation of tomorrow lives their life: the uses of various forms of social media are introduced and we are honored with the task of trying to keep up. It is clear from the opening that this is a film for generation Y – anyone born after 1985. It was pretty amazing to see Blaire, upon witnessing her friends get attacked, immediately rush to check her Facebook page.

Now, reader, I feel like I must confess something to you before I continue. It is a fact of which I am not proud, but honesty is the best policy and you must understand my dilemma: I do not enjoy watching horror films in the cinema. Yes, that’s right. I have always found the most effective horror films have been watched in my bedroom, on my computer, where I can hide under my covers and get scared by the mysterious sounds from my kitchen.

You can only imagine how bittersweet it felt when I sat down in the theater to watch a film that was fundamentally designed to be viewed on a computer! Alas, I was robbed! Unfriended was crafted for the VOD era. It was predicting its future to be streamed at home – the genius of it all! By sharing Blaire’s screen for the whole film, Gabriadze wants us right in their with his characters, feeling the tension and experiencing exactly what they feel. You can only imagine the horrifying irony I experienced by watching this on a larger screen.

But I digress. The real problem with Unfriended is that it doesn’t quite know what it is. It is sometimes a horror, but there are more moments of comedy. It is sometimes a powerful allegory into the dangers of social media and online bullying, but it is also a group of teenagers drinking and talking about sex. As the ‘deadly’ secrets are revealed through a game of Never Have I Ever (yes, really), the audience is left feeling that we have just eavesdropped on generic and meaningless teenage drama.

Perhaps the most unsettling aspect of Unfriended is its display of Internet connection. I agree that this was probably a lose-lose situation for filmmaker Levan Gabriadze. The inclusion of glitches and pauses of their call is used to build tension (and most likely hide cuts), but it ultimately becomes frustrating. However, if he hadn’t included them, the film would lose all realism and credibility. 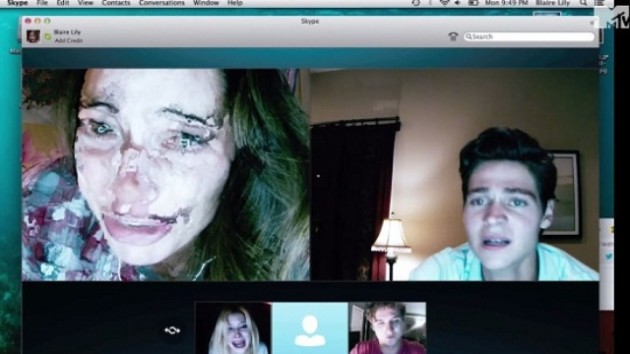 The best part of the film is the chemistry between the actors. Shot in a single take, Unfriended is successful in showing us the dynamics between each character. Despite falling into every trope (the sexy blonde girl, the jock, the geek and the romantic couple), we immediately like each of them and are engaged in their performances.

Although nothing has been confirmed, Gabriadze has expressed interest in multiple sequels. If this is the case, I recommend we do what the characters should have done within the first five minutes and log off before it’s too late.

Unfriended is released April 17th. You can check out the trailer below.

Unfriended: The Horror Film That Attacks Social Media
While it may succeed in breaking new ground for the found-footage genere; Unfriended proves to not have much bite beyond it's premise only offering occasional shocks and jolts.
Score5
Pros
Cons
5Overall Score
Reader Rating: (0 Votes)
0%