While the Twin Peaks cast has been busy trying to get David Lynch to return to Twin Peaks, releasing a video to that effect, Sherilyn Fenn took to the cast’s Facebook page for a public Q&A.

Fenn, who played Audrey Horne on the show, revealed that Audrey survived the explosion in the bank in the show’s finale, as improbable as that might sound. Then again, anything is possible in the world of Twin Peaks. “Don’t know HOW she got out, cinema magic,” she wrote. “But DKL assured me I was not gonna be dead…..he only kills poor Sheryl, again and again…9 lives.” 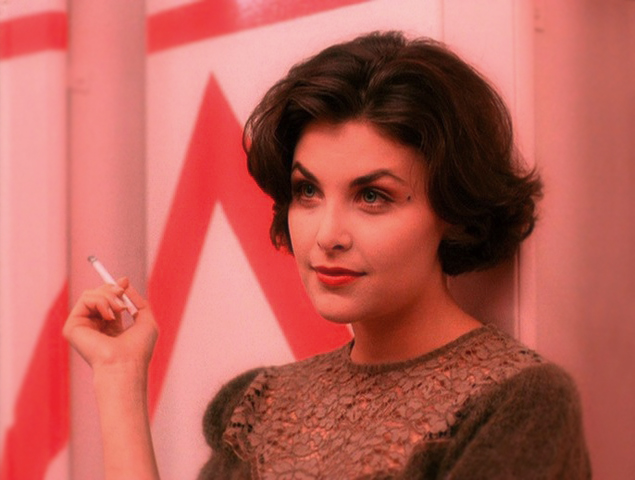