Do you live more?

Last night’s episode of iZombie was out of the ordinary for a few reasons. It was almost entirely focused on the case of the week, bucking the trend of increasing plotlines, but it also had the most interesting case of the week yet. Because it was about the death of Liv’s friend and former sorority sister from college, it had real emotional resonance.

This is what’s been missing from the show: a personal stake in the mystery. And notably, that’s in contrast to Veronica Mars, whose mysteries were almost always deeply personal. 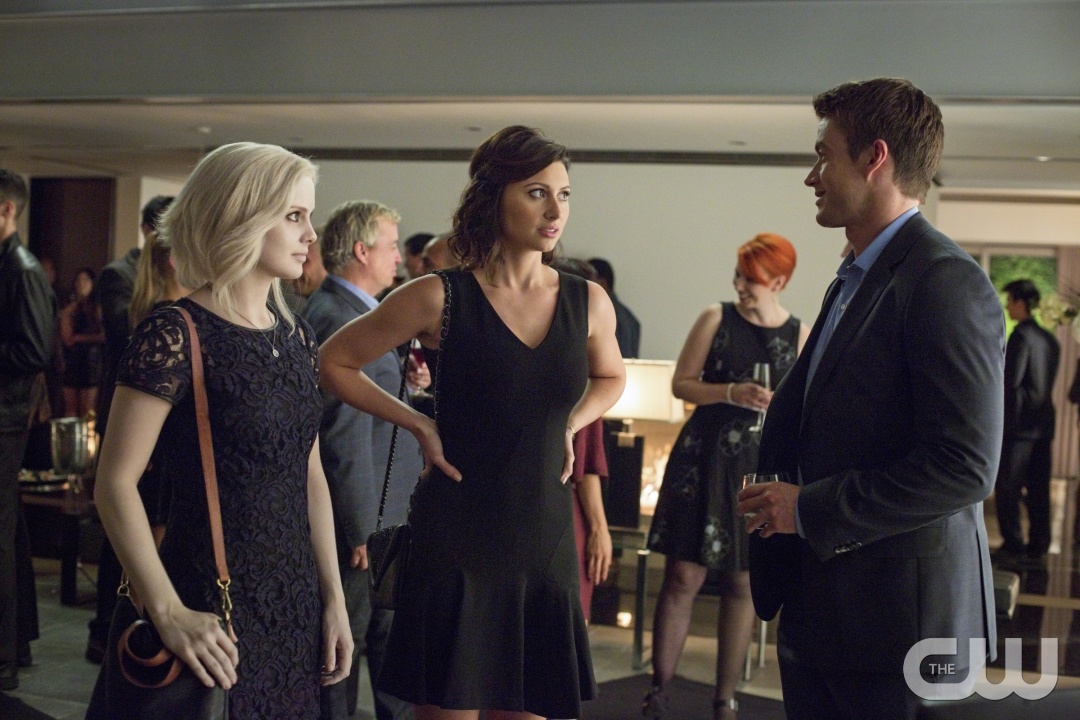 In another shift from the precedent, Liv’s personality change (she becomes adventurous) doesn’t affect the plot at all. All we get are brief interludes of Liv biking in the streets. It serves as a metaphor for Liv living life to the fullest again, but other than that, it’s completely irrelevant. Which is actually fine – I like that this show isn’t afraid to try something different. There’s no formula.

There were a few plot twists that legitimately surprised me. One of the suspects in the main case, Lowell (played by that guy who was Arthur in Merlin), takes an obvious interest in her at first sight. And, true, he is hitting on her – but he also reveals that he’s a zombie, too. So that’s Actually Surprising Twist #1.

But at this point, I’m sure he’s the culprit, just because I know how these mysteries tend to be structured. Liv likes him, and he’s the first suspect she rules out. Usually that means she’ll later find out it wasn’t the person she suspected, and it turns out to be him all along. Actually Surprising Twist #2: the culprit is a third character. As far as we know by the end of the episode, Lowell really is being honest. Mind blown.

The only subplot this week involves Major trying to track down Jerome. He goes to Clive for help, who gathers information at the skate and sees a board that’s packed with wanted posters. His boss brushes it off, though, seemingly because he’s a stickler for procedure. Actually Surprising Twist #3: behind closed doors, he pours a load of hot sauce into his coffee. Yup, he’s a zombie too. Something about seeing this senior police detective covertly shaking hot sauce into his drinking was actually kind of creepy, but that could just be me. Also, I must say, I kind of love how hot sauce in weird places is the go-to indicator of a zombie.

Major is finally given a relevant role in the story when he goes to the skate park and sees a zombie wearing Jerome’s distinctive shoes. They get into a fight, and Major gets bloodied. This ends on something of a cliffhanger, but considering that it’s the most interesting Major has ever been, that’s easily forgiven. He seems like he can really take a beating, both physically and emotionally. I’m suddenly curious about this guy’s inner life. It’s funny what suffering will do for my interest in a character.

My only complaint is that, between the way Major’s plot ended and the fact that it feels like there’s more to be discovered about Lowell, this episode just felt incomplete. I was genuinely surprised when it was over – it didn’t feel like an hour had passed.