Apparently from a film called ‘The Upper Footage.’

This week, social media horror film ‘Unfriended’ finally hit theaters after a strong and popular marketing campaign. And, regardless of what you heard about the millennial film, it’s pretty safe to assume you’ve heard something.

This weekend, director Justin Cole has taken to his social media and expressed that the idea, although admittedly not very original, was in fact completely stolen from him. 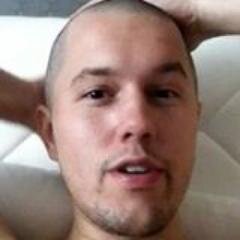 Below is his statement in full:

“Was going to keep this to myself but it actually seems to be haunting me at this point (no pun intended). I am sure, like myself, you have all been bombarded with marketing for “Unfriended” coming out on Friday. Since the trailer has come out I have been getting a lot of messages here and on Twitter that the backstory seems like a direct knock off of my feature. At first I brushed it off as the bulk of the film is shot on Skype, which is nothing like my film, but as I looked into it the similarities were pretty much spot on.

The backstory that leads up to the meat of the film along with their marketing campaign is pretty much exactly what we did with “The Upper Footage”, just not executed nearly as well: Post a video on Youtube of a girl getting bullied after consuming drugs/alcohol, post a video of her death, get pulled from Youtube, post video on other sites, set up social media pages for the victim, and then market the film as being able to Google the fictional character as if she was real. (they even used the same pixillation but on the girl’s crotch, a nice little fuck you homage for good measure).

The production essentially did everything we did, but struck out. They didn’t actually get pulled from Youtube, no one believed that the footage was real, the only articles that show up about the character on Google are things the production released, no independent sites ran the videos or story as factual whatsoever.

At this point you might be saying “Maybe it’s a coincidence. How do you know they even saw your film?” Same thing I thought at first, so I looked into who was behind it, and yes it was one of the producers that tried to screw me over on Upper, Jason Blum.

A few years back when the questions were still lingering if my film was real or not I met with this producer, he invited me over to his house to watch the film. When I arrived he acted as if he was unaware of how to connect my computer/hard drive to his TV. When I informed him that I knew how, he quickly hurried away and said that it would be better for us to watch in his bedroom because it was a darker in there. I declined.

After watching the film he walked out of his room, called me sick, and said he loved the film. I replied great, I will put you and my lawyer in touch. He then told me he didn’t deal with lawyers only sales agents and gave me the one sales agent he would deal with. I took the name, did some research, and noticed that they had been friends and worked together for quite sometime. Noticing the conflict of interest, I informed the producer of this and he never responded. A few days later a sound guy on his film started posting the ending of my film on social media, a level of pettiness you wouldn’t expect from a successful grown man. This was my last foray into dealing with studios or any well know producers and was the main catalyst for me distributing the film myself. After this I remember one of my buddies telling me “you know it’s only a matter of time before this guy just takes your idea and turns it into something.” Few years later that time has come.

Every time I see advertisements for this film now it’s like a punch in the stomach. If it were another artist evolving the premise I would have actually thought it was awesome, but it’s not. It’s some vulture with no creativity bludgeoning a great idea, turning it into shit, but it doesn’t matter because he will be laughing all the way to the bank as people walk out of the theater pissed off that they were just duped into watching another crappy movie.

My last straw was this weekend. I was over a buddy’s house and he asked to see my old trailer, he opened the YouTube App on his TV, and lo and behold an “Unfriended” ad was playing before my trailer. If it were my TV I probably would have kicked it. They are marketing their film over the trailer of a film they took the concept from.

To add to the fuckery, the main critique he had of the film was that the ending was very dark and the bad kids didn’t get their comeuppance. Which is ironic being that this whole film is about the people that bullied her getting their comeuppance courtesy of the dead girl that was bullied.

A funny side note. I was back in NYC months ago and bumped into this guy on the street (this was before I heard about this film.) We made eye contact, he nervously said hi, legit looked like he saw a ghost, and before I could say a word his normal walking speed turned into a goofy looking speed walk and he rushed away from me. I was walking with my brother and he looked at me, not knowing who the guy was, laughed and asked “does that guy owe you money or something?”

Anyway rant over. I don’t know if there is any moral or lesson to this story. Perhaps it’s to take your fucking the first time because if you don’t they will just keep coming.”

For comparison, you can also see the trailer for his film.

Do you think this is just a coincidence?