Disturbing Behavior, which stars a young James Marsden and Katie Holmes, came out to some particularly poor reviews in 1998. The movie is about a Washington town called Cradle Bay where high school outcasts who are being brainwashed into being model students, and it was often compared unfavorably to The Stepford Wives when it came out. Admittedly, the movie isn’t a masterpiece by any means, but it does have some redeeming qualities that might make it worth a shot if you’re bored or whatever.

Take the opening credits, for instance. Is it just me, or are these really good? It’s just a few minutes of wandering lights and seizure-inducing flashes, but I found it mesmerizing. A big reason for that is the music, composed by Mark Snow (the composer of the X-Files theme). I might have watched 90 minutes of just this. I didn’t want the credits sequence to end. It was almost like I was being brainwashed myself, which I guess is the point. Now, I have kind of a Thing for good credits sequences, and I recognize that the average viewer wouldn’t give it a second thought, but I think that’s pretty cool.

The first act starts out pretty strong, too. It establishes a moody, ominous atmosphere, shows us some creepy goings-on about town, and suggests a hidden source of pain in Steve, our protagonist, and his family that intrigues. What these things have in common is that while they’re all great setup and serve the tone well, their payoff falls flat, and they end up being more interesting when they were mysterious.

As the movie progresses, you realize it’s just a generic brainwashing movie wrapped in a stereotypical 90s high school movie. Or maybe the other way around? The genericness is a problem. The scene in the cafeteria, for instance, where Gavin explains the school’s social hierarchy and everyone is defined by their musical taste and given a Capital Letter Label (the Skaters, the Nerds, etc) could not be less original. 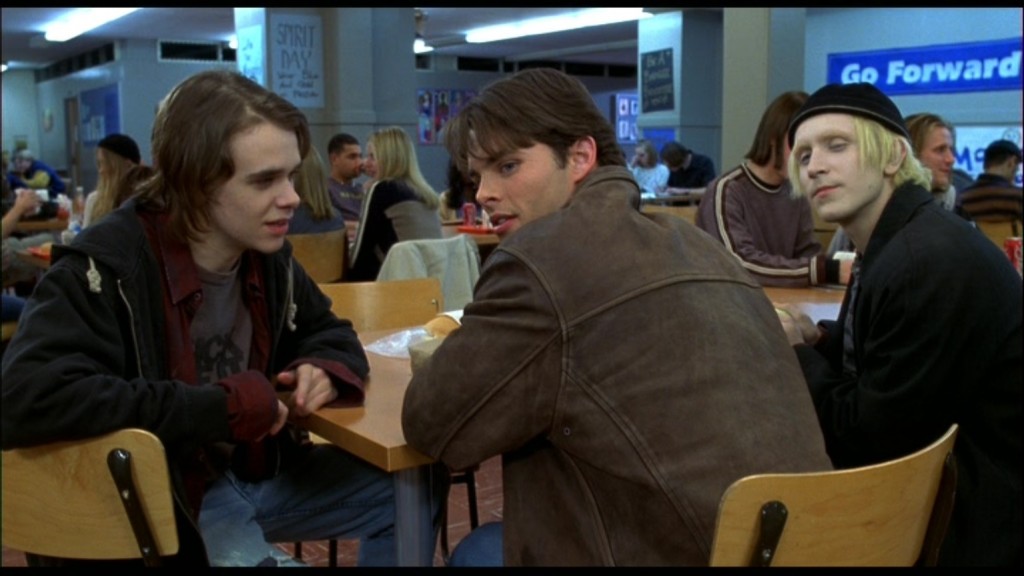 Is it possible to facepalm any harder? Was the person writing that scene even awake? How could so many people read that scene and think it was acceptable? So many questions, so few answers.

The genre mashup isn’t even clever – it’s just confused. It’s like it doesn’t know what kind of movie it is. The high school aspect is given way too much focus – it should have focused more on the town, the characters, and the general creepiness. Instead we get high school tropes that fall flat.

While the plot is nothing original or surprising, it at least had conflict and progressed. It is kind of creepy when former outcasts and misfits are taken by Blue Ribbons and turn up to school with the polar opposite of their old personalities. I could have gotten past the lack of originality if the characters were better-defined. Unfortunately, though, they’re almost as cardboard as the concept. Rachel, Katie Holmes’ character, is pretty much defined by her saying “razor” a lot. She’s supposed to be a rebel, or something? But she has no inner life. She’s just there to be Steve’s love interest and ally. The same goes for Lindsey, Steve’s sister – she might as well be a lamp Steve happens to care a lot about. 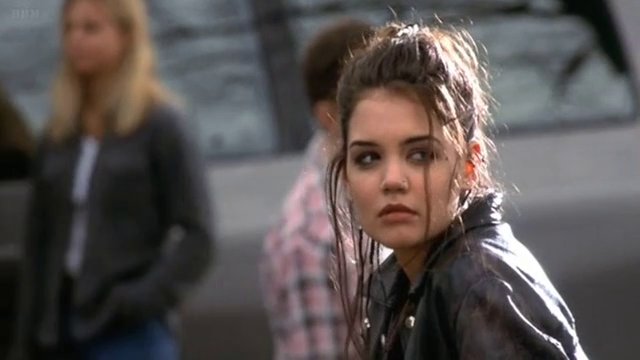 Steve and Gavin (the paranoid friend who catches on to the conspiracy first) at least, you know, display a variety of emotions and have conflict and stuff. But any character development Gavin might have gotten is ruined when he’s converted into an unfeeling robot halfway through the movie (it’s a twist you’ll see a mile away anyway, so not much of a spoiler). Steve is the only passable character, and only because they actually manage to pull off his repressed grief and depression as a significant factor in his rebelliousness.

Overall, it’s a passable movie. At the very least, you probably won’t get to the end and want a refund for your time spent. (Actually, I think the movie could have stood to be longer if it meant making the characters more three-dimensional.)

The sad thing is that it could have been so much more. The script just feels like a rough draft. If only they’d given a little more attention and care to these characters and figured out where they were going tonally and thematically, and maybe they’d have be on to something.