In which Liv doesn’t actually go on vacation.

Emily Sparrow has been missing for 8 months when she tries to escape something in the woods. She dies, but as she was pregnant at the time, her baby lives. When Liv eats her brain to help solve the mystery of her death, maternity instincts kick in. Meanwhile, Major teams up with a reporter and tails the “Candyman”, Liv is concerned by Lowell’s sudden lack of interest in her, and Ravi experiments on rats by giving them Utopium.

This episode was disappointing to me in a couple of ways. First, it largely failed to live up to last week’s promise of converging plot lines. Instead, we just got another case of the week with the usual smattering of other stuff going on. So once again, it’s Plot A: case of the week, Plot B: Major investigating the “Candyman”, and Plot C: Liv’s relationship drama.

I have to say, I’m so tired of the new “personalities” just being Liv adopting various clichés and nothing more. This episode was particularly egregious – there were a lot of ways Liv could have displayed motherliness. It didn’t have to extend to brushing up Ravi’s hair and obsessing about him eating his vegetables. Especially since all of this seems so counter to what we know of Emily. Her obsession with Emily’s baby is pretty much the only side effect that made sense.

In general, my frustration stems from the rushed way the concept gets treated. The majority of the show’s time is spent solving mysteries that frankly don’t matter to us or Liv when it could be spent exploring the complexities of absorbing a new person’s personality all the time. That’s what matters to us and to Liv; that’s what’s interesting. But it’s given so little time that the treatment of those issues is always rushed and reliant on cliché.

To contrast it with Dollhouse, which actually had a similar concept – that show never felt burdened by the “job” of the week. It always felt like the writers first asked themselves what twist they could pull with that premise to mess with the characters, which meant complexity came first. On iZombie, it just seems like they shoehorn in the issues Liv has with her new personality with the random mystery we deal with this week. 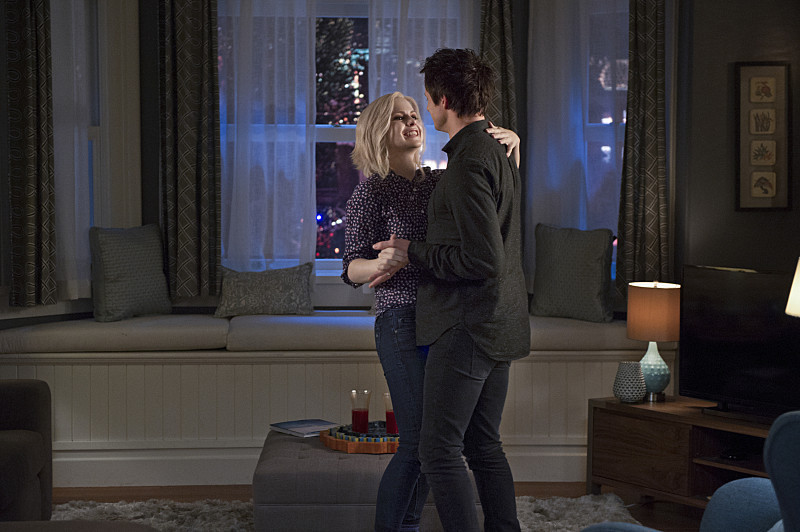 As usual, the strongest moments came from subplots unrelated to the cases of the week. I particularly liked how we got to see Lowell struggle with his own batch of brains this week. That made for some interactions between Liv and Lowell that we likely wouldn’t have gotten to see otherwise, but it also covered for all the other zombies who have entirely consistent personalities. Hopefully we’ll get to see Blaine freak out over a batch that’s significantly counter to his own personality at some point.

I also have to highlight the very last scene, where we see that one of Ravi’s rats has become a zombie and killed the other rats. I’m not sure what the significance of this is supposed to be, other than that his experiment worked. I guess if the zombie rat escapes, it might infect a lot of other people and animals? I’m not sure if this show is willing to go full-out apocalypse on us, but a wider breakout would be exciting.

The one exception came when the homicide chief (who is secretly a zombie) went into the house alone and executed the perps. I can’t place my finger on why, but I really like this guy. He really makes my hackles rise. It’s unclear to me why he killed the couple, but considering that he’s almost certainly working with Blaine, it can’t be for a good reason. Whatever it is, I want to find out.