Below is the trailer and poster for the supernatural thriller The Stranger, released by IFC Midnight.

The film, produced by Eli Roth, was written and directed by Guillermo Amoedo (The Green Inferno). It stars Lorenza Izzo and Ariel Levy.

“A mysterious man arrives in a small town seeking his wife, but his unwelcome presence and what he finds instead soon plunges the community into a bloodbath.” 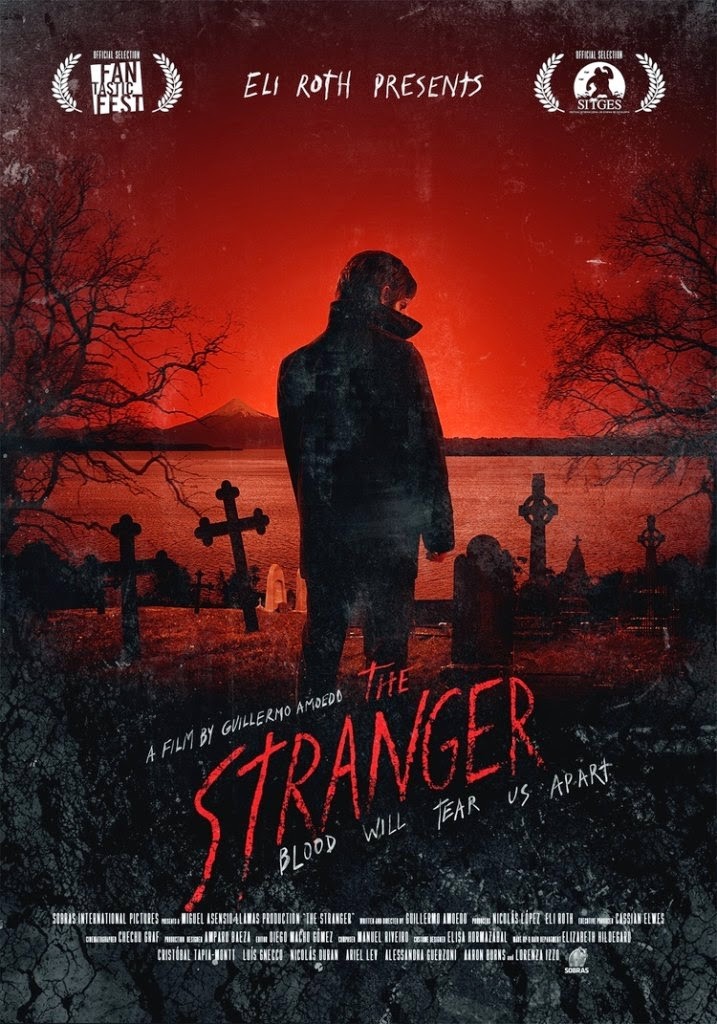 What do you think of the trailer? The Stranger will be released in theaters and VOD on June 12.