This is a weird fuckin’ town.

When a grieving couple move to an isolated New England town, they hear disturbing stories about their new house’s previous owners…

After premiering at SXSW, Ted Geoghegan’s debut feature We Are Still Here has been acquired by Dark Sky and will be released in limited theaters and VOD on June 5. The film stars Barbara Compton (Reanimator), Andrew Sensenig (Upstream Color), and Larry Fessenden (I Sell The Dead).

We have a trailer and poster, below.

After their teenage son is killed in a car crash, Paul (Andrew Sensenig) and Anne (Barbara Crampton) move to the quiet New England countryside to start over. But the grieving couple unknowingly become prey to a family of vengeful spirits that reside in their new home, and before long they discover that the seemingly peaceful town they’ve moved into is hiding a terrifyingly dark secret. 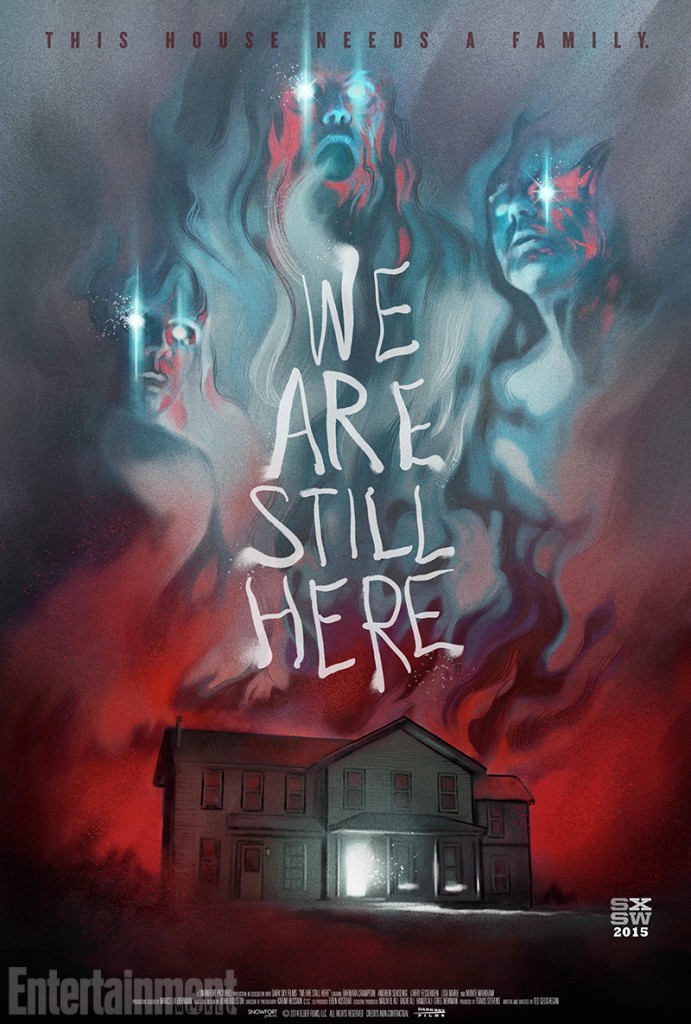