Zombie movies have been popular for so long that now zombie movies are taking over new genres: Warm Bodies is a zombie rom-com. World War Z is a zombie war movie. Zombieland is a goofy comedy. Maggie, directed by debut filmmaker Henry Hobson, is the latest zombie movie and it’s a tender father/daughter drama; I guess it’s the “My Sister’s Keeper” of zombie thrillers.

Wade (Schwarzenegger) has finally found his teenage daughter Maggie (Breslin) after searching for her for two weeks. Maggie is infected with a disease that has been spreading in America. The disease turns people into cannibalistic zombies. The infected are allowed to spend time with their families before the disease gets worse, when they are sent to be quarantined. 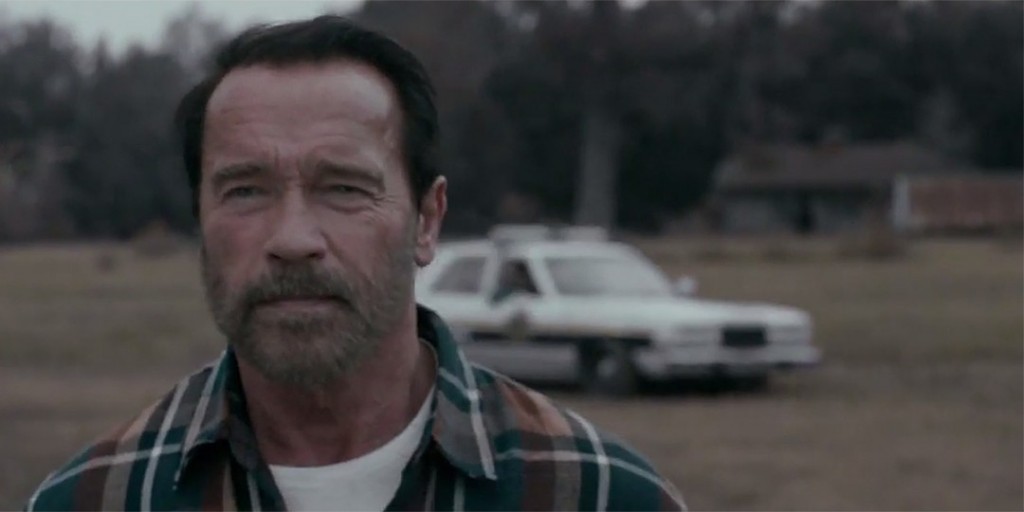 The production design of Maggie is impressive and striking; the film looks like it’s been coated in dust and browns, to reflect the state of the country. I got a very dust bowl/Grapes of Wrath vibe from this movie. It’s interesting but it also feels really oppressive. Cinematographer Lukas Ettlin (The Lincoln Lawyer) goes dark in this film and it’s almost too dark to be enjoyable. Hobson, I’m sure, wanted to make a sensitive, heartfelt drama with a zombie premise (and he succeeded) but he overdid it in the execution.

I wonder if Hobson wanted to keep this movie as serious as possible because of his lead actor. Of course, Schwarzenegger is famous for his over-the-top action movies and is really playing against type in Maggie. Perhaps Hobson wanted to steer clear of any hints of camp or nods to the audience. Schwarzenegger does come through in this sensitive father role. Instead of going full-blown “Ah-nold,” he pulls back. He’s  outwardly brave and inwardly devastated, conflicted and desperate. This is the kind of role that can show that Arnold is more than a punchline.

The former governor of California may be getting a lot of press, but the movie is called Maggie for a reason. This is a standout role for Abigail Breslin. After breaking out in Little Miss Sunshine (for which she got an Oscar nom), I think she struggled to find solid roles outside of “precocious girl.” Her performance here is remarkable, conveying both the maturity of someone who knows she is going to die and the fear of a young person going through something she doesn’t understand. Maggie is desperate to be normal and her utter fear of the changes to her body and her mind is tragic and terrifying. It’s a really great performance. 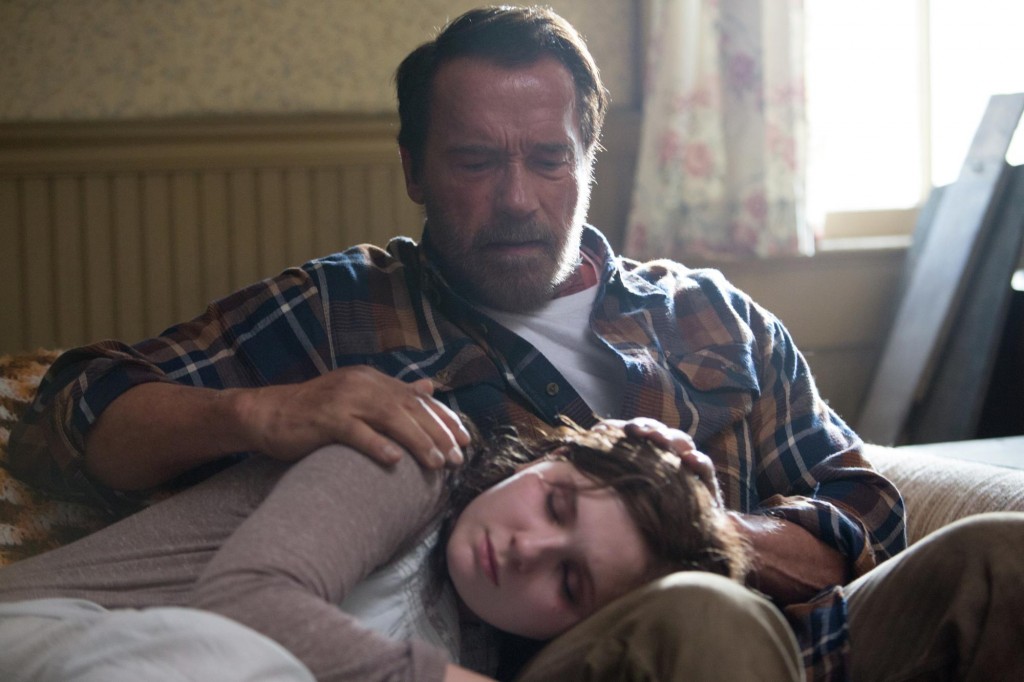 The rest of the cast fills out nicely. Joely Richardson is another highlight, trying to be rational in an awful situation. It’s a shame she doesn’t work more; she’s quite convincing in her role. I’m not a huge fan of the score because it’s quite predictable at times. Editing and sound design also feel a little too choppy; Maggie feels very much like a debut feature in that it shows potential but does not arrive fully formed.

If I have one more complaint about this movie, it’s the ending. The script hints at Wade making a choice regarding his daughter. The script, however, cheats and takes the decision away from him. I guess you could say that it gives Maggie the choice, which is admirable and even refreshing. But it’s not totally satisfying. I would have liked one more scene between Maggie and Wade to really sell the ending.

I can’t believe I’m saying this but I actually teared up during Maggie. While the film does have its share of scary-ish moments, it’s most effective as a drama about a very horrific situation. Carried by its two lead performances, Maggie is a promising debut by Henry Hobson–he just needs to smooth over some rough edges.