Jaws… in a forest.

Yesterday, the trailer dropped for new bear-horror ‘Into The Grizzly Maze’, and it looks grrrrrrrreat. (sorry)

The film is about a deputy, “whose family’s mission to protect the endangered grizzly bear is challenged when a massive grizzly begins wreaking havoc on a small town. With the bear on the offensive, he sets out into the forest to find his ecologist wife that has gone missing when he crosses paths with his estranged brother (James Marsden) and quickly they find themselves on a run for their lives from the massive beast out to hunt them down.” 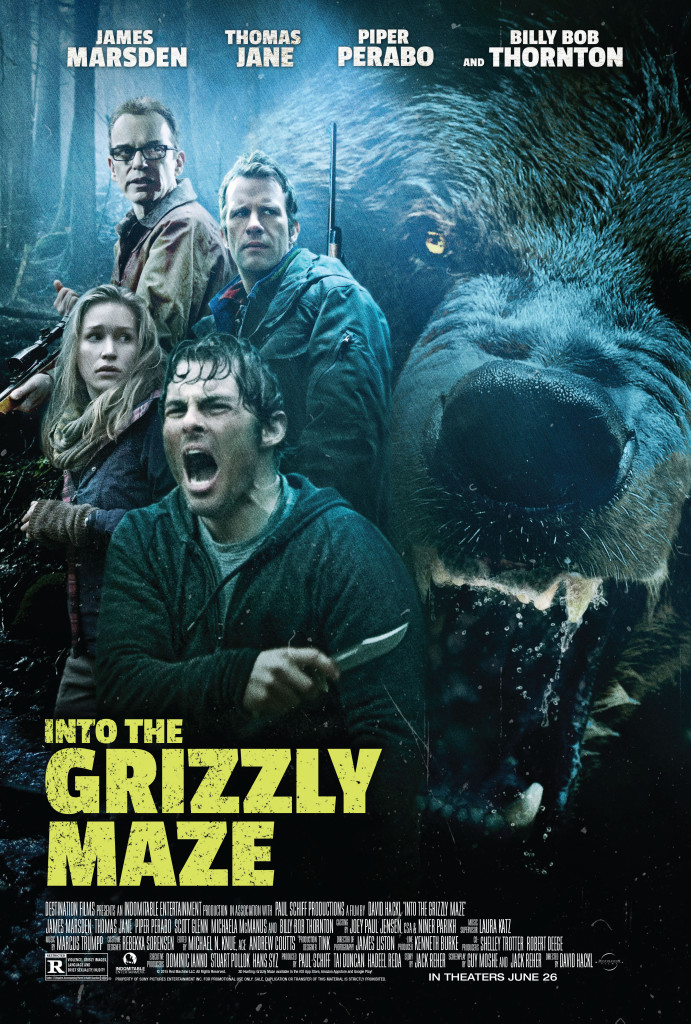 The film will be released in theaters June 26, but will hit VOD May 19.