But first, enjoy some photos and a moving poster.

Universal and Legendary Pictures has announced that tomorrow marks the release of the official trailer for their new horror film Crimson Peak.

The gothic-horror is directed by Guillermo del Toro and stars Mia Wasikowska, Jessica Chastain, Tom Hiddleston, Charlie Hunnam and Jim Beaver. Below is the synopsis.

“When her heart is stolen by a seductive stranger, a young woman is swept away to a house atop a mountain of blood-red clay: a place filled with secrets that will haunt her forever. Between desire and darkness, between mystery and madness, lies the truth behind Crimson Peak.” 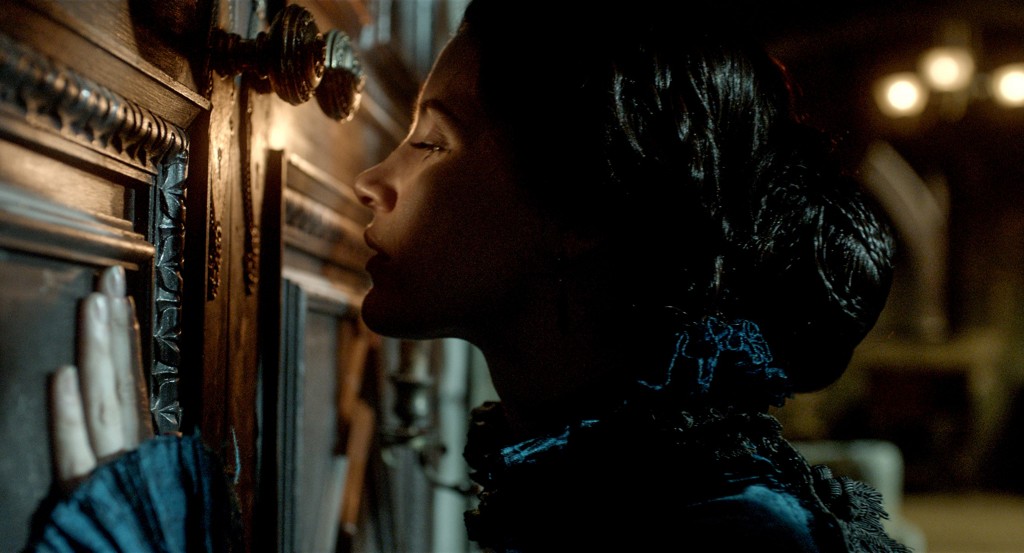 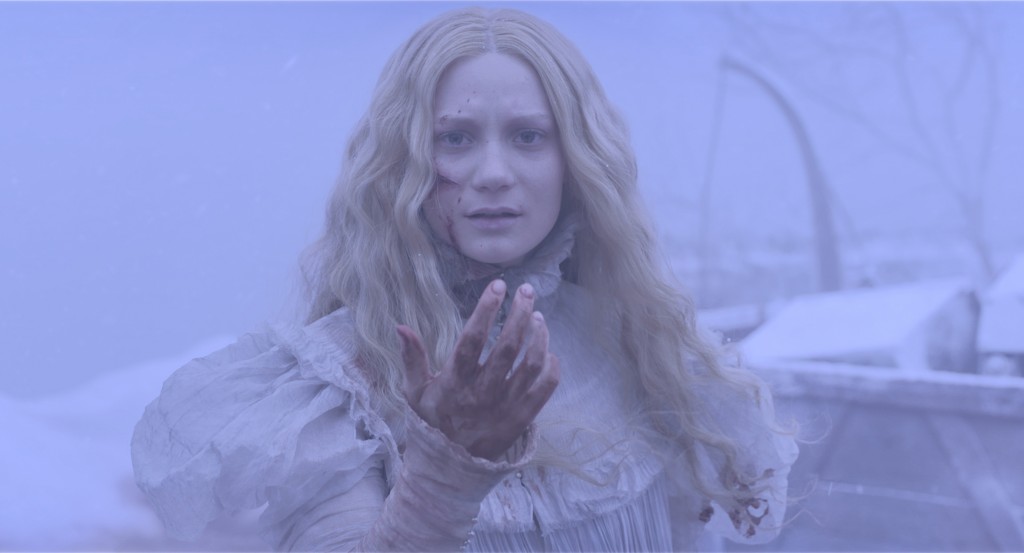 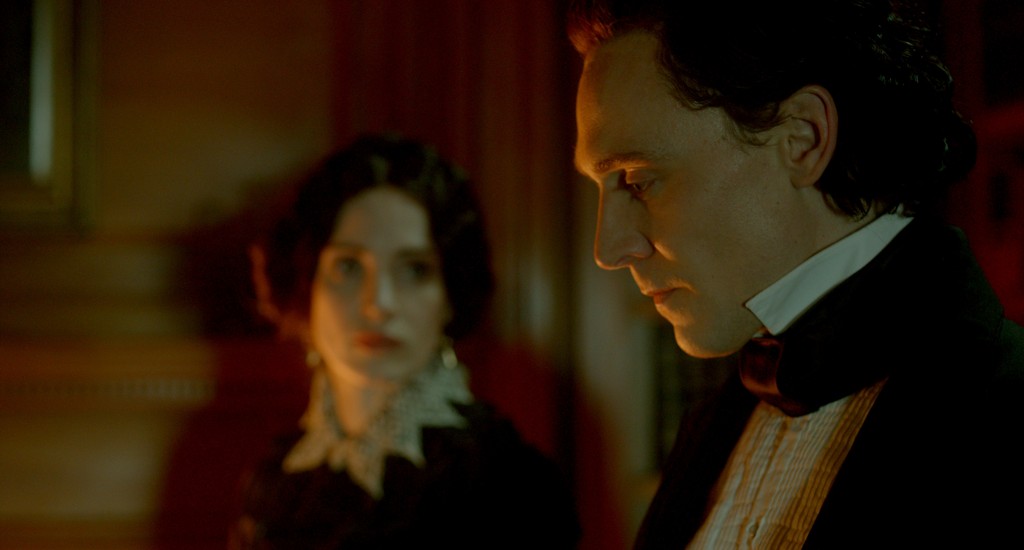 There is also a motion poster, which can be viewed below:

The film is set to hit theaters October 6.