Below is the trailer for new Horror-Comedy Amigos Undead.

After an accidental death of their buddy, a group of friends are haunted by his zombie-body as they reconnect during a birthday weekend.

“‘Amigo Undead’ is a horror/comedy that begins when Kevin Ostrowski, a straight laced financial adviser, is invited to his ne’er do well older brother Norm’s 40th birthday party. It takes some arm twisting, but the free-wheelin’ Norm eventually convinces his brother to come out and join him in the desert.

Much to Kevin’s dismay, the ‘party’ turns out to be a small gathering of a few of Norm’s eccentric friends at a campsite. When one of the friends, the titular Jovan, chokes on a hot dog, circumstances conspire to make the group decide that an impromptu burial is the right course of action. Unbeknownst to them, they bury Jovan in cursed native American land, and he soon returns possessed by a demon hell bent on fulfilling an ancient vendetta.

Antics ensue as Norm, Kevin, and the others run through the desert, the monster in hot pursuit, encountering a few other strange back-woods types as they go. As things get increasingly bizarre and ridiculous with the monster seemingly impossible to stop, the brothers find themselves with their backs against the wall; can they find a way to finally look past their differences and reconcile in the face of their imminent demise?” 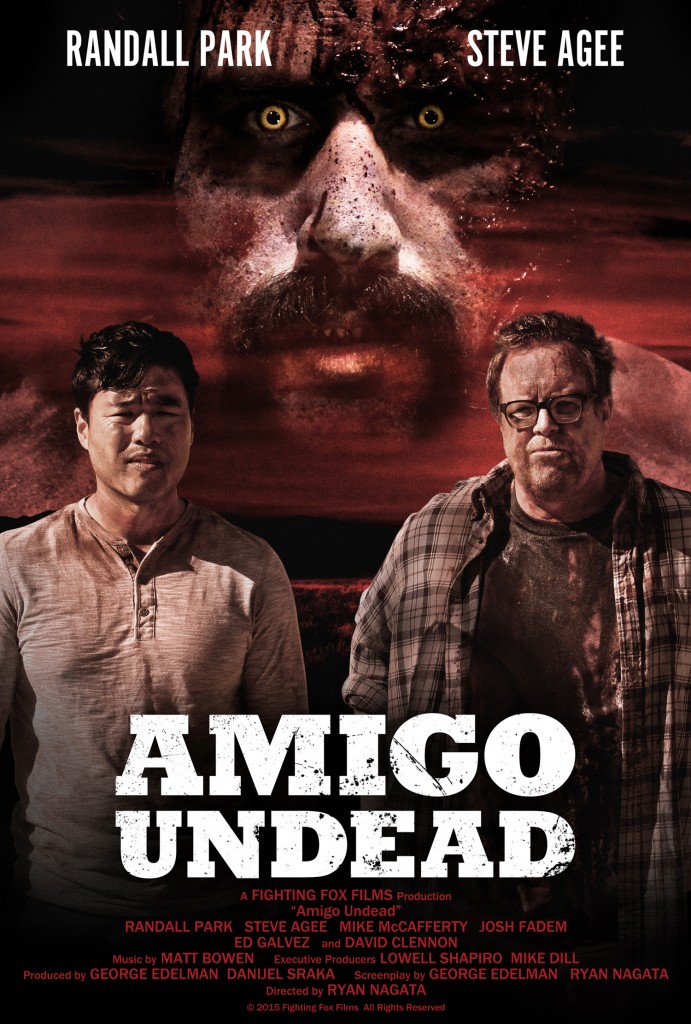 Will you be checking out the film? Amigo Undead is being released by Gravitas Ventures and will available on all VOD/digital platforms on June 2nd, 2015.