iZombie has morphed into a better show. To be fair, the transformation wasn’t instantaneous – it’s actually been improving pretty consistently for a few weeks now. It’s been building to this. But this is the week where it finally met its potential.

And what’s the difference? If you’ve been reading my reviews, it should be obvious already: the difference was in the case of the week. For the first time, the serialized plots and the procedural one merged. Finally, we got an episode where everything ties together in a grounded, non metaphorical or emotional way.

But, let’s back up a little bit. Starting right where last week left off, Liv is brought in for questioning about Lowell’s murder. Unable to provide a decent alibi, she’s the prime suspect – until Blaine’s inside man on the force sweeps the case under the table, ruling it a suicide.

Still experiencing the effects of PTSD from last week’s brain, Liv can’t stop reliving Lowell’s death. So she’s eager to eat the brains of a recently deceased reporter, especially since she was an alcoholic. So she ends up with a drinking problem, which is a nice way of giving us a few scenes of Liv getting shitfaced as a form of grieving.

One of the nice things about this episode is how moody it is. Thankfully, the writers don’t brush off Liv’s grief – she’s clearly hurting, even if she’s trying to ignore it. Of course, “ignoring” means taking on the dead reporter’s case – which just so happens to be investigating Max Rager’s formula, which seems to be causing a subset of people to have violent, psychotic breaks. Implicitly, of course, this means that Max Rager probably invented (or helped invent) Utopium, the zombie drug. 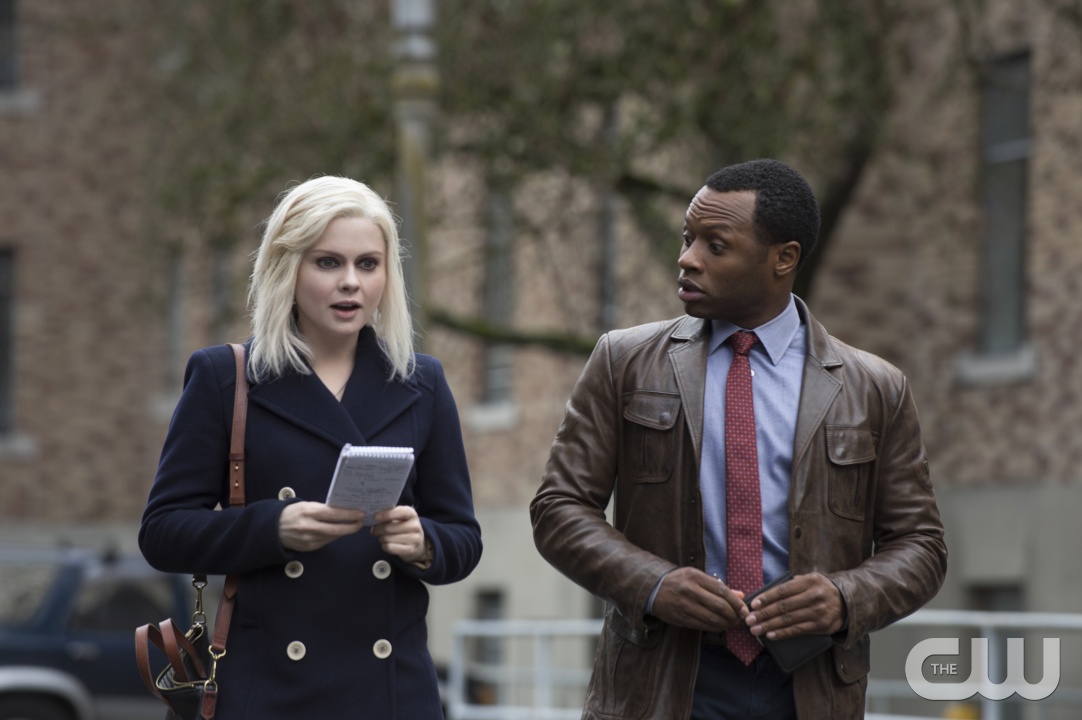 So, yeah, all this means there’s no Blaine this episode. Liv’s vengeance is coming, but it didn’t happen last night. And I’m actually glad it didn’t. We needed an episode of breathing room, to grant Liv (and us) time to process what happened before we dive into the action. It doesn’t feel like filler at all – this was necessary. It’s smart pacing that’s doing dual work, on an emotional, character-arc level, and on an investigative, expository one.

The Major subplot got interesting again, as Clive convinces Major that he’s had a psychotic break, and Major decides to check himself in to a mental hospital. Ravi begs Liv to tell Major the truth to spare him that, but Liv decides that Major will be safer while he’s there. I like that the show is finally acknowledging that Liv is essentially gaslighting Major by not letting him in on the secret, even if she does have a point about worrying what he’d do if he found out about zombies.

Not that that will spare him, of course, because he’s told about zombies at the end of the episode anyway. Now it’s just a matter of him coming to believe it.

The climax of this episode was a truly surprising twist straight out of Veronica Mars. This is where Rob Thomas really shines. And it’s not just the twist. It really felt like any of Veronica’s confrontations with her Big Bads, which, when she’s isolated, suddenly turn violent. On that show, this would have been the second-to-last or last episode of the season, but we have three more to go.

Now we’re entering truly uncharted territory for Thomas and iZombie. Will the show completely embrace a serialized format from here on out? I’m guessing not until the last two, which means we’re getting one more case of the week. But I’ll be seriously disappointed if it’s not the same case, that is, the investigation of Max Rager in lieu of a random murder.

You’re heading in the right direction, iZombie. Don’t take any steps back.