How far would you go to survive?

First of all, in my humble opinion, living is almost always a better option than dying. Death is permanent, and also inevitable. In a sense, no one “survives”, because everyone dies eventually. And when you do die, all of your experiences, both good and bad, will be erased from your perspective, as if you’d never experienced them.

So why not prolong life as long as possible? Would you want to die just to avoid therapy? PTSD is pretty terrible, and so is grieving for loved ones. But I can’t say it’s worse than the actual events of any horror movie. If you’ve already survived that, everything after will seem like a piece of cake. Like, the next time you’re stuck at the DMV for hours on end, you’ll probably think, “At least I’m not being chased by a deranged axe-murderer.” There’s a bright side to everything.

Second point: horror movies are all about glorifying the act of survival. After all, our sympathy is with the protagonist – we’re actively rooting for them to survive because we’re asked to be put in their shoes. Why else would we be mad at them for making stupid mistakes? We’re strategizing right there with them. And while the aftermath of their lives may be unimaginably difficult, the ones who survive only do so through sheer will and determination. Like a character in one of Jigsaw’s traps, the only way out is to saw off your own limb. You have to really want to live to inflict that kind of pain on yourself. 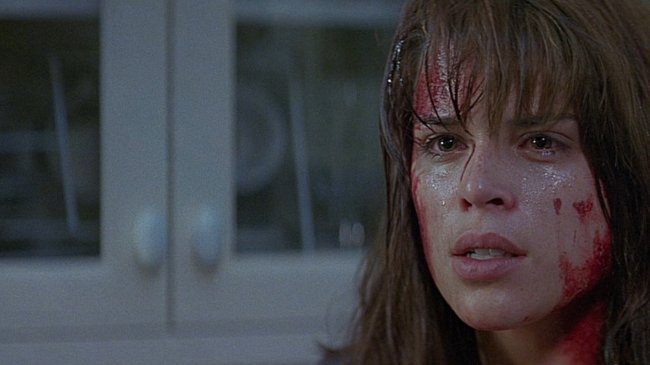 Horror movies are all about fight or flight. There’s no time for doubts, or wondering what life is going to be like when it’s all over. Think about the third act of most horror movies. The protagonist has tried running, but it hasn’t worked. They’ve seen friends, colleagues, or family killed. And now, maybe they’re backed into a corner, or maybe they just don’t see another way out of it, but they have no choice left. They have to face the threat head on, and so they’re stripped down to pure instinct, where it’s kill or be killed. And if they do survive, it’s because they stepped up to the plate. They didn’t cower in a corner waiting to die – they stood and fought and won. (Or they did cower in a corner – to ambush the villain.)

The point is, these movies show us just how far we’ll go, how much we value life. How strong the survival instinct is in us.

When you think about it, survival is really the entire point of the zombie subgenre. One of the reasons zombies are so popular is because they engage the audience’s imagination. They beg the question, “What would you do in this situation?” But also, the stakes are higher in a zombie movie. Living is more than just a goal in and of itself, it’s actually a responsibility. After all, if you die in a zombie movie, you’re going to come back to make life that much harder for your former comrades. Living is like voting: it’s a civil duty, and if you neglect it, you’re directly contributing to society’s downfall.

In It Follows, there’s a character who’s reading Dostoevsky’s The Idiot throughout the movie. One of the themes of that novel is how there is no joy without suffering, that suffering actually amplifies joy. It’s a theme that’s echoed in the Saw franchise. Jigsaw, after all, claims to want to make his victims be grateful to be alive. The idea is that if they survive his traps, they will. Or, similarly in Fight Club, Tyler Durden threatens a convenience store clerk with a gun. Interrogating the clerk reveals that he always wanted to be a veterinarian, but it was too hard for him. Durden tells the clerk he’ll be back for him in six weeks if he doesn’t start working to be a vet. Later, he says, “Tomorrow will be the most beautiful day of [his] life. His breakfast will taste better than any meal you and I have ever tasted.”

Now, if the question is “Would you want to BE in a horror movie?”, obviously the answer is hell fucking no. You especially don’t want to be in a successful one, because now you have endless sequels to look forward to. But to say you don’t want to survive at all, just because you’ve been traumatized? That’s an attitude that will make you the first to go.

Granted, if the question is, “Would you want to have survived a horror movie?”, the answer is also no. I’m just saying if I had to choose, I’d rather survive a horror movie than die in one. I think every surviving protagonist would agree with that, and I think most filmmakers would agree. I think they’d say that was the point all along.