A head-scratcher of a film.

Separation, a 2013 home-invasion thriller that was Canadian director Greg White’s first film, is… a mixed bag, I guess, though ultimately not worth a watch. Starring Peter Stebbings and Sarah Manninen, the synopsis on Hulu reads, “Jack and Liz have moved to Hemlock Lake hoping to save their relationship. As the sun sets, Jack, Liz, and their little girl Angie become prey to mysterious neighbors intent on ripping them apart.”

I’m a sucker for a good metaphor, and this seemed like a cleverly brutal take on divorce / separation, which is why I gave it a shot. 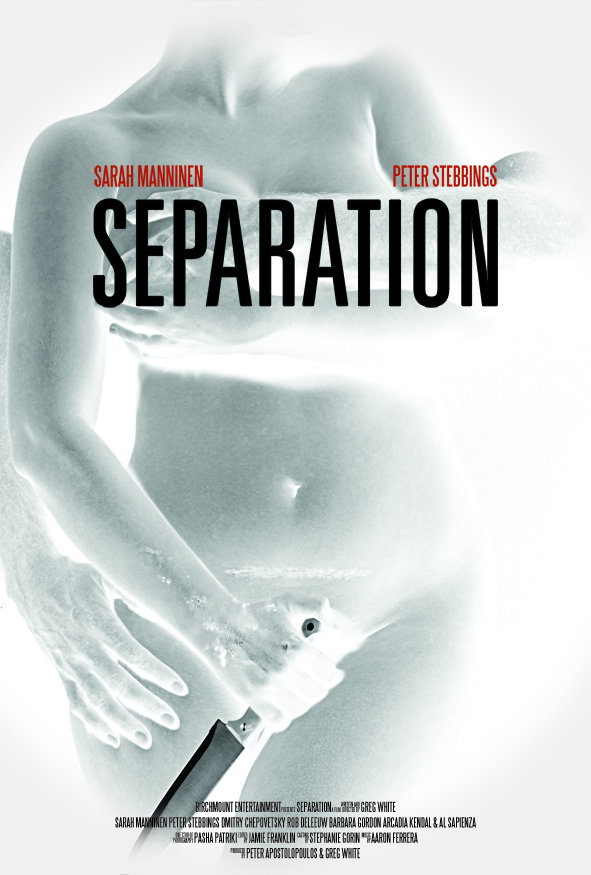 The poster may have also been a factor…

But it turns out that synopsis is misleading. While there are neighbors threatening to invade their home, there’s no mention of literally tearing them apart physically, and thus no metaphor for the couple’s potential breakup. The movie doesn’t work on a metaphorical or thematic level at all, in fact. It’s all plot.

Except there isn’t even all that much plot, either. The first half of the movie mostly just consists of us watching Jack and Liz argue about something vaguely terrible that Jack did that Liz can’t (or can?) forgive him for.

That might be entertaining if the dialogue were good enough, but it’s nowhere near that good. In fact, it’s terrible. This is where the movie enters campy, so-bad-it’s-good territory, as there are quite a few lines that are laughably bad. And of course, when we do find things out about these two, it’s through expository dialogue, which is always painfully awkward.

It doesn’t help that the moments not spent on dialogue / arguing are spent just watching the two perform mundane tasks. Jack, for instance, rakes the leaves in the yard, and tries to nail a dartboard to the wall in the shed. Truly gripping stuff. All of this makes for some painfully slow pacing, as well.

The real problem with this movie, though, is that it’s neither good nor bad enough. If it had done nothing right, it might have been entertaining. But it does actually have some redeeming qualities. For instance, Liz is mentally unstable, and is taking medication for hallucinations she’s having. These hallucinations seem to be triggered when she’s startled, which is a nice touch for a horror movie, as the jump scares tend to escalate into some flashes of surreal terror. It also means that when Liz starts noticing signs of people watching them from outside, we can never tell if she’s just imagining it or not. It’s an effective way of raising the suspense. 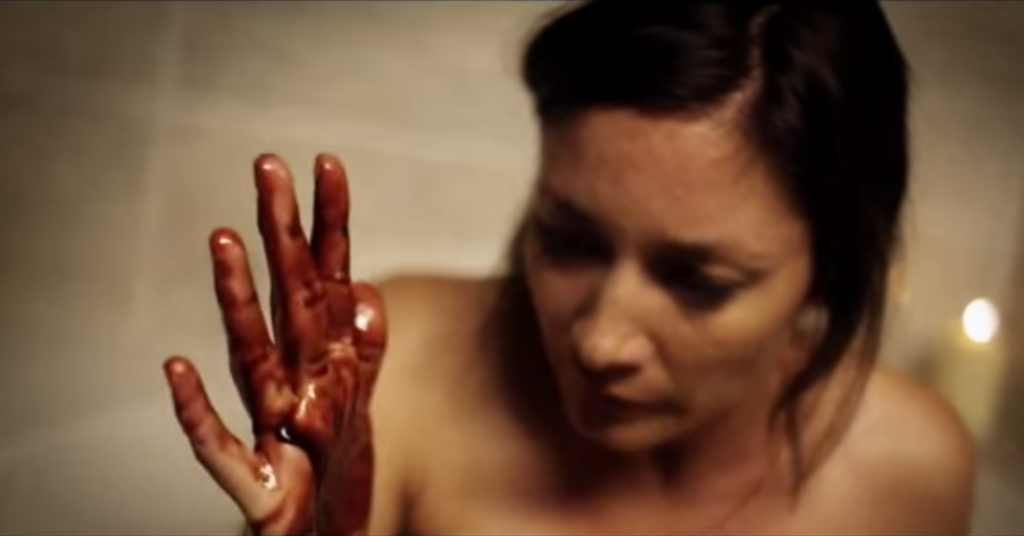 And the movie does get very suspenseful in the final third – almost enough so that I was starting to reconsider how I felt about it. Unfortunately, though, that gets squandered.

It needs to be said that this turns out to be one of those big twist movies. Obviously I won’t give away what that is in case some of you actually decide to ignore my advice and watch this. Some may actually like the twist and feel that it redeems the movie, but I suspect more viewers will find that it ruins any good will that it earned in its final third. Maybe I’m missing something, but as far as I can tell, it’s a truly stupid twist that makes no sense.

But, like I said, I think some will disagree. Dread Central apparently called it a “masterful sleight of hand”, so there’s that.