We’ve discussed the infamous Ed Gein’s “career” as a serial killer before in terms of how he inspired the character of Leatherface / The Texas Chainsaw Massacre, but what wasn’t mentioned in that article is that it actually goes a lot deeper than that. Gein is actually indirectly responsible for creating the entire slasher genre!

So how is it possible that this guy, who has only been confirmed to have murdered two people, could be so influential? I mean, there are serial killers who have killed dozens of people, killers who were far more brutal. Compared to the likes of Adolfo Constanzo or Luis Garavito, he’s pretty mediocre.

A lot of you probably already see where I’m going with this, but just to be clear: Psycho, the classic Alfred Hitchcock film, is to slasher films what The Lord of the Rings is to fantasy. It’s not only the granddaddy of its genre, but it started the genre’s defining tropes.

You know how the killer in every slasher movie has these sexual hangups? Norman Bates started that. But most importantly, Psycho started the slasher tradition of the killer being the most interesting character in the movie. Michael, Leatherface, Jason, and Freddy all wouldn’t exist without Norman Bates.

Of course, Bates was only loosely inspired by Ed Gein. Bates’s character basically only borrows the “mommy issues” aspect from Gein. But the totality of Gein was a lot deeper than that, like a rabbit hole of slasher killer creepiness.

See, that’s the thing: Gein didn’t just inspire Psycho (which by itself qualifies as inspiring the slasher genre). Somehow, writers kept going back to him for inspiration for their killers, drawing on other aspects of his craziness to make something new. For Texas Chainsaw, he inspired Leatherface’s human skin masks (because of course). Buffalo Bill in The Silence of the Lambs took the human skin thing and added Gein’s gender confusion. 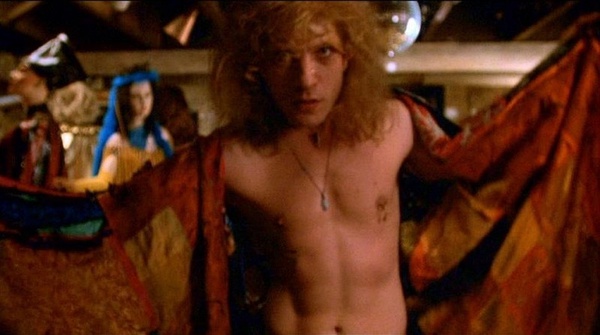 You even get echoes of Gein in Jason Voorhees from Friday the 13th, who’s something of a mama’s boy. And then there are the movies that have tried to copy Gein more closely, like Deranged and In the Light of the Moon.

But why has Hollywood fixated on this particular killer, and not, say, H. H. Holmes? Is all this just a quirk of cinematic history, or is it indicative of something about Ed Gein that disturbs us at a deeper level than Holmes’s “murder castle“? It’s hard to say.