80s nostalgia is a real trend in horror movies nowadays. Ian Kessner’s debut feature Lost After Dark is one such example. Set in the 80s, the indie slasher follows a group of high schoolers who stumble into the wrong house after a night of partying.

Spring Ball, 1984.  Adrienne (Kendra Timmins), a straight-A student, joins her quarterback crush Sean (Justin Kelly) and some friends in sneaking out of their high school dance for some unsupervised mayhem.  The teens’ party plans hit a snag when they run out of gas on a deserted road.  They head out on foot and discover a rundown farmhouse where they hope to find help.  Instead they find themselves at the mercy of Junior Joad (Mark Wiebe), a cannibal killer from an urban legend. After the brutal murder of one of their friends, the group’s quest for help becomes one of survival.

The trailer and poster art are below. Lost After Dark is due for a release on September 1st on DVD and Blu-ray via Anchor Bay. 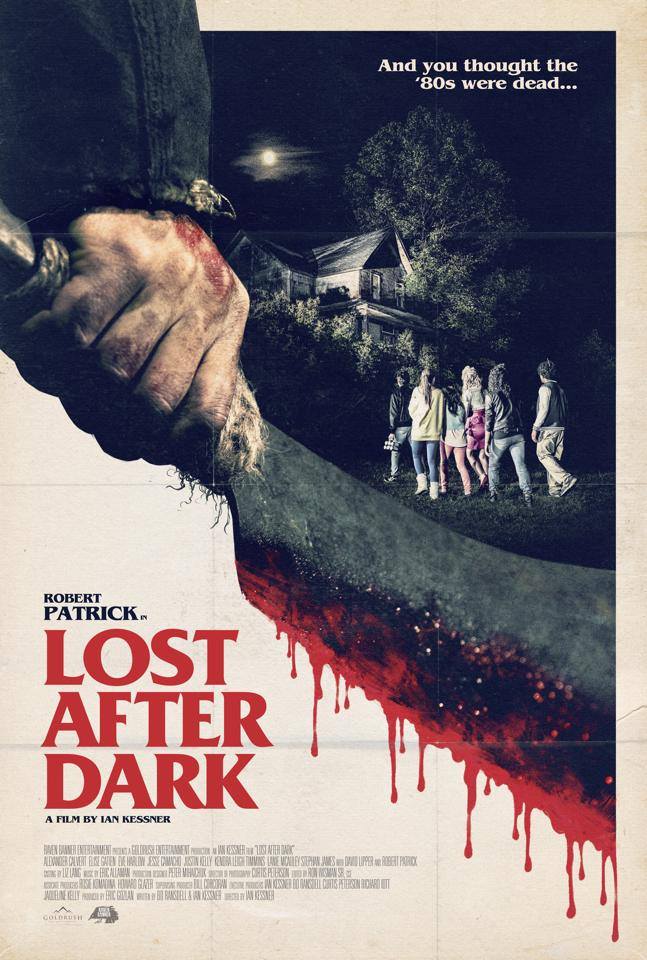