You are what you eat.

For me, “Astroburgers” is a tale of two episodes of television. As a stand-alone, it was excellent, pulling off a twist at the end worthy of The Usual Suspects or The Sixth Sense. As part of iZombie as a whole, though, my feelings are pretty mixed.

The case of the week, thankfully, stayed somewhat relevant to the rest of the plot. When Scott E, the schizophrenic man who told Major about zombies last week, turns up dead, Clive and Liv are the ones investigating the case. The murderer’s identity, though, is less important than the fact that Scott had a video of zombies at the Lake Washington massacre on his phone, which is what Liv is really after.

The key word in that explanation turns out to be “schizophrenic”, though that’s not immediately obvious. Liv (and the audience) underestimate just how profound the effects of schizophrenia are on her. She starts hearing devils from logos speak to her, which is silly, but obviously not real even to Liv, and we think that’s it.

We don’t really question it when people start acting improbably, though. Local TV meteorologist Johnny Frost, played by Veronica Mars alum Daran Norris, comes to the morgue to identify Scott E’s body, and ends up helping Liv track down the video. They have a delightful dynamic as partners, but in retrospect, all this should have seemed suspect. Sure enough, Frost turns out to have been merely a delusion on the part of Liv. 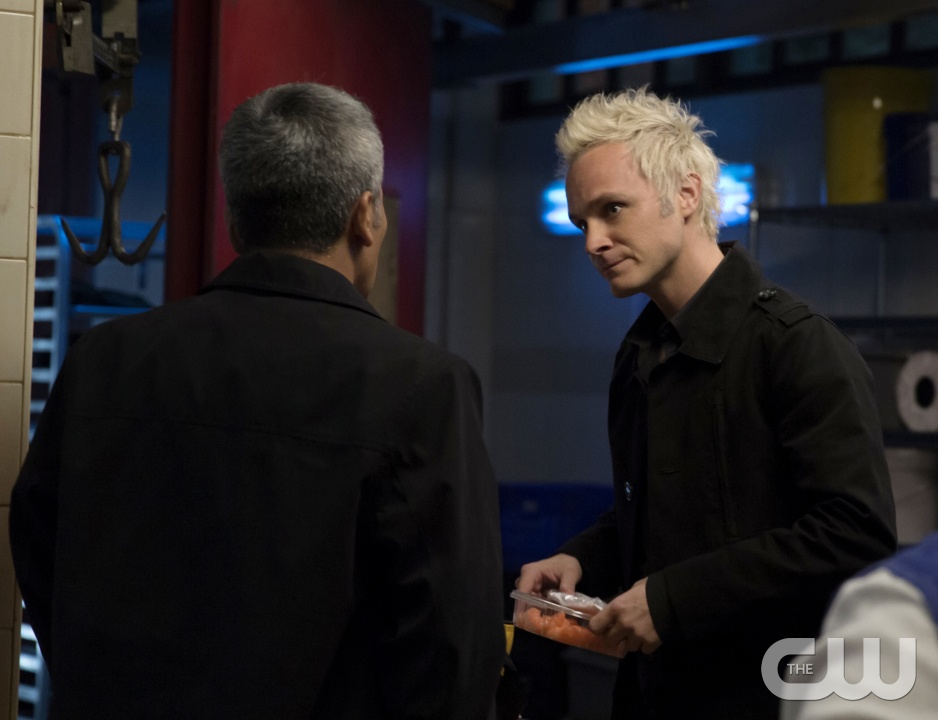 Another source of odd behavior (in retrospect) is Major. He’s oddly calm when he spends the night at Liv’s, even as we see that he hasn’t given up on finding out what’s going on. Embodying my feelings about this episode is the scene where Liv finally confesses to Major that she’s a zombie, and he takes it well. This is something I’ve been impatient to get to, so I was happy to see it happen. But then of course comes the big twist: Major as a “perfect houseguest” has been a mere delusion on Liv’s part. He finds out about zombies on his own and comes barging into her house telling her about them, promising that he’s going to kill them all.

Like I said before, this was a shocking twist that I never saw coming and yet that was set up perfectly. So in that sense, it’s excellent writing. On the other hand, that confession scene feels like a waste of momentum now.

And that gets to my other problem with this episode – it doesn’t feel right coming after “Mr. Berserk”, which felt climactic in a lot of ways. And it’s not just a matter of pacing, but character as well. Liv seemed ready to actively go after Blaine at the end of last episode, but in this one she does anything but. She does consider poisoning him (and smartly decides not to), but that’s just a coincidental opportunity. I don’t understand why we’re still watching her do nothing about Blaine at this point.

And that’s not even mentioning that Lowell isn’t even acknowledged this week. Surely grief should last for more than a week?

On the other hand, one of my original complaints about the premise of this show was that Liv never has to do any actual sleuthing – her “investigations” mostly consist of following Clive around until she gets enough visions to put two and two together. So it’s actually kind of amusing to me that the show is starting to acknowledge that by devoting minimal time to Liv’s “unravelling” of these mysteries in favor of dealing with other problems. This episode, she basically doesn’t bother investigating Scott E’s murder, and it still works out.

In other news, it looks like Ravi has developed a cure for zombism. Obviously, Liv won’t take it though. What will be the reasoning for that? Will she pull an Angel, reasoning that she can only help as a zombie, therefore sacrificing her happiness? That seems too self-flagellating for Liv.