“What an awful thing this is.”

It is with a heavy heart that we can confirm that Betsy Palmer, best known for portraying Pamela Voorhees in the Friday the 13th series, passed away on Friday 29 of May. She was 88. 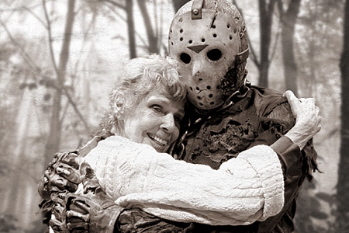 Palmer was somewhat of the reluctant film star. Having started her career in the 1950s, she took the role of Pamela because she needed the money for a new car. She was quoted as saying:

“What a piece of shit! Nobody is ever going to see this thing. What an awful thing this is.

We forgive you, Betsy. Below is a scene from the film that made her famous.

Rest in peace, Betsy. We send our deep condolences to the friends and family.