Some doors should never be opened.

Thanks to Empire, we have a new poster for Eli Roth’s upcoming film, Knock Knock. The film features Keanu Reeves as a family man whose life is torn apart one night by two girls who punish him for being seduced by them.

The two young women (Lorenza Izzo and Ana de Armas) standing on Evan’s doorstep are where Evan’s dream takes a nightmarish turn. Given co-writer/director Eli Roth’s well-deserved reputation for creating cinematic discomfort, it should come as no surprise what happens next: Things get weird, and then dark, and then much, much, much darker. But this is no splatter film, so Roth keeps the horror nice and psychological as Evan’s life—and house—get ripped apart, piece by beautiful piece. 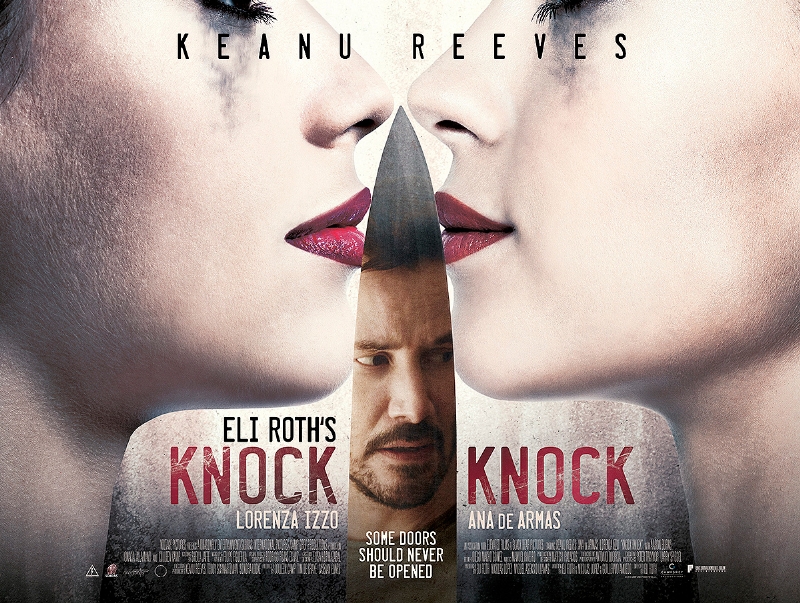