Hell, the directorial debut of Tim Fehlbaum, is a German-Swiss post-apocalyptic horror film, similar in many ways to The Road. The title is actually the German word for “bright”, but I suspect a pun with the English meaning was intentional. The film depicts a near-future where massive solar flares have wiped out most life on Earth. Surviving humans struggle to find water, food, and gas without spending too much time in direct sunlight.

Our three initial protagonists, sisters Marie (Hannah Herzsprung) and Leonie (Lisa Vicari), and Marie’s boyfriend Philip (Lars Eidinger), drive toward the mountains in search of water sources. To keep the car from overheating, they have to cover the windows with newspaper, blocking most light from entering. When they’re forced to leave the car for various reasons, they wear goggles and cover their skin completely. (They meet our eventual fourth protagonist, Tom (Stipe Erceg), at a gas station, taking him along because he seems to have a head on his shoulders.) 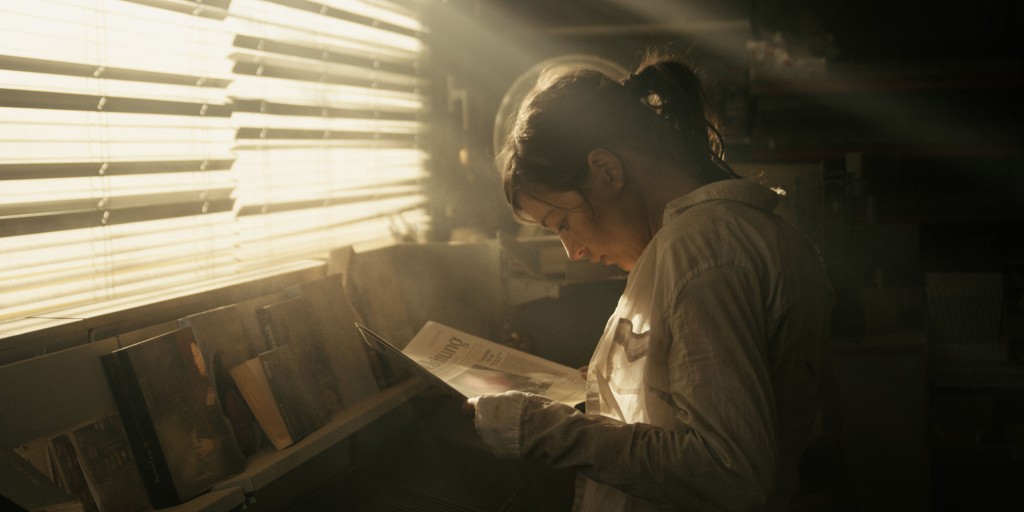 All this stuff about the setting, specifically the cause of the apocalypse, was unique enough for me to give it a try. Unfortunately, not much more world building than that is done. I needed to see more struggles and details that would be unique to this kind of apocalypse, but beyond the superficial stuff about avoiding the heat, that isn’t there.

This is partially because of a major shift in focus once the party reach the mountains, as a group of people kidnap Leonie and take the car. These people, we later find out, have survived by capturing and eating people. Not that Marie and Leonie are in danger of being eaten – being young women, their fate is to be “married” and bear children. Tom and Philip, on the other hand, are very much in danger of that fate.

The problem is that all of this gets boring. Not only have we seen the cannibal plot before, but the conflict is too straightforward. There are hints of interesting relationship drama in the beginning, but that doesn’t go anywhere. Marie is never forced to make interesting decisions, just practical ones.

Similarly, the film flirts and fails to deliver on having something to say about gender roles.

Basically, I just wanted something more out of this film than a mere story of survival. There needed to be more layers than that for the film to stay interesting. At times it almost seems to get close to that kind of depth, but ultimately it fails.