Deadline is reporting that Nerdist Industries is making the jump into film distribution by acquiring the sci-fi horror film The Hive, the debut feature from director Dave Yarovesky.

The film, which premiered at last year’s Fantastic Fest, stars Gabriel Basso as a counselor at Camp Yellow Jacket. The place has descended into chaos, and Adam wakes up in a boarded-up cabin with no memory of who or where he is. His only clues are the notes he’s scrawled for himself on the walls and the disturbing physical transformation he must overcome. And the only memories he has are not his own.

“This movie is so much damn fun,” [Nerdist’s Chris Hardwick] said. “The first time I saw it, I was blown away by how fresh and inventive the story was, which is no small feat in horror. I knew right away I wanted to help get this movie into the eyes and earholes of horror fans.”

Kathryn Prescott, Jacob Zachar and Gabrielle Walsh co-star in Nerdist Presents The Hive, which Yarovesky wrote with Will Honley.

Nerdist plans a digital and theatrical release in the fall. 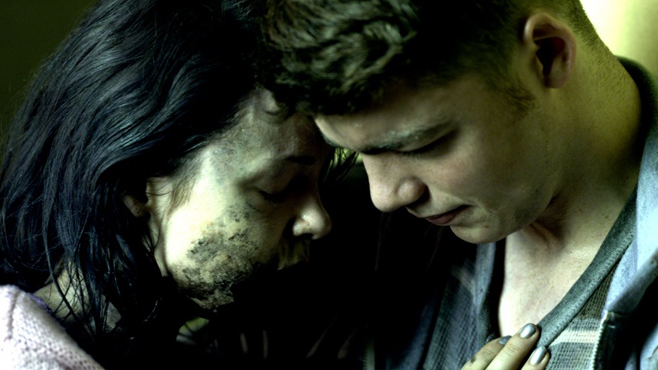