Does the film hold up?

Roman Polanski’s Rosemary’s Baby is one of my favorite horror films. Paranoia, black humor, Satanists, psycho-abuse, Scrabble, the film has so many intriguing elements. The film stars Mia Farrow, indie forefather John Cassavettes, Oscar winner Ruth Gordon and Sidney Blackman. Released in 1968, the film has become known for its pre-second wave feminist ideas and as a metaphor for the anxieties of pregnancy.

Rosemary (Farrow) and Guy Woodhouse (Cassavettes) are a young married couple who move into the Bramford. With Guy trying to find work as an actor and Rosemary thinking about starting a family, they befriend their neighbors Roman (Blackman) and Minnie Castevet (Gordon). The elder couple starts to intrude on Rosemary and Guy’s life and even Guy starts to hang around them. After a bizarre nightmare, Rosemary discovers she’s pregnant and suddenly the harmless Castevets don’t seem so harmless anymore. In fact, Rosemary starts to believe that they are Satanists out to claim her baby.

Polanski casts many old Hollywood stars in the roles of the Satanists, including Ralph Bellamy as the nefarious Dr. Sapirstein and Patsy Kelly as the amazingly-named Laura-Louise. This has the effect of the Satanists being off-putting and comforting at the same time. It is really geniius casting and adds to the “is this sinister, is this mundane” vibe of the movie. 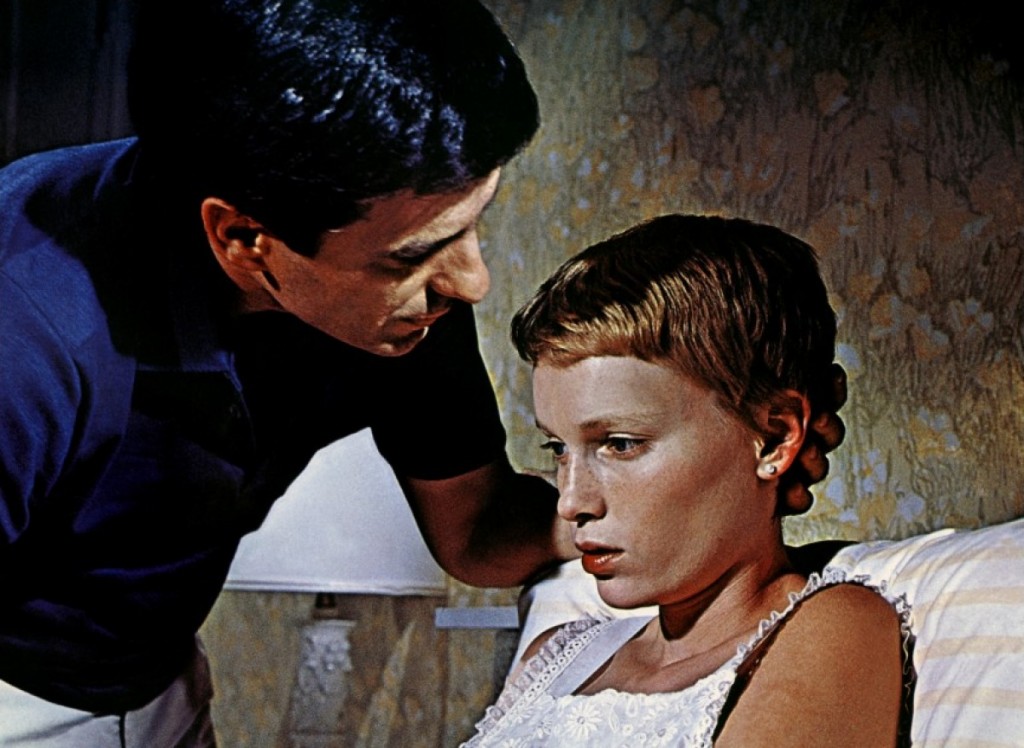 For me, Rosemary’s Baby reads as an exploration of a patriarchal presumption of ownership over women’s bodies. Rosemary is discouraged from reading about pregnancy and seeing her own non-Satanist doctor. Guy keeps her isolated, vulnerable and nervous while the Castevets invade her space and feed her alien herbs. Rosemary throws a party to see some old friends, who tell her to listen to her body if she thinks something is wrong. But Guy demeans them by calling them “not very bright bitches.” Rosemary does the one thing she can think of to reclaim her sense of self: cut her hair. Even that is met with disgust and anger from Guy. With this film coming out just as the second wave of feminism is building up, it’s hard not to see the Satanists as an extension of toxic patriarchy.

The horror in Rosemary’s Baby is psychological, soaking in paranoia and claustrophobia. The film does indulge in some zany set pieces, like Rosemary’s not at all fake nightmare. But Polanski’s measured layering of the suspense and uneasiness is truly masterful. Young horror fans might not enjoy the slow-burn effect, but the film rewards its patient viewers with some stunning sequences. 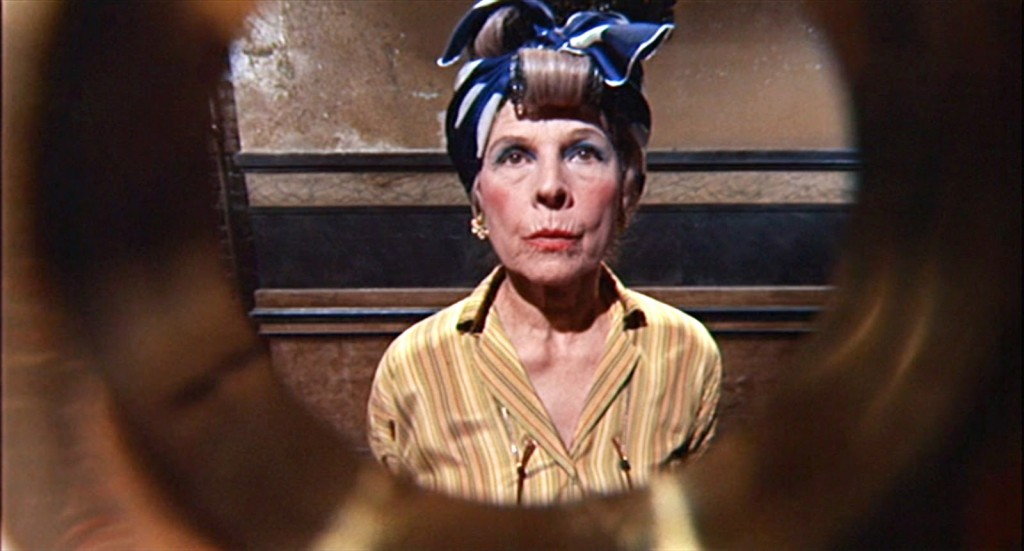 Ruth Gordon and Sidney Blackman are deliciously over-the-top but their “friendly” demeanor reveals something sinister and calculating. For his part John Cassavettes is appropriately slimy and slick; he has a way of saying abusive and horrifying things so offhandedly and casually.

Mia Farrow did not get an Oscar nomination for her work in the movie and that’s a real misstep. Her acting here is terrific; she’s terrified but quietly defiant. Her paranoia and fear are palpable and the film’s whole universe is informed by her unease.

Rosemary’s Baby is a landmark horror film. Beautifully directed, with moments of black comedy and paranoid terror and a stunning performance from Mia Farrow, I can safely say that the film does hold in 2015. I think that’s because the discussion over Rosemary’s control over herself is still going on. The film is as vital as ever. Rosemary’s Baby is available on DVD/Blu-ray from the Criterion Collection and is currently streaming on Netflix.

Retro Review: Bringing 'Rosemary's Baby' to the 21st Century
'Rosemary's Baby' is a stone-cold classic and it remains as relevant as ever.
Rating9.5
Pros
Cons
9.5Overall Score
Reader Rating: (1 Vote)
100%