Robin Hardy, the director of the 1973 classic The Wicker Man, wants to make a third film to complete the trilogy, and has launched an Indiegogo campaign to fund it.

Though the original film is very well regarded, the 2011 sequel The Wicker Tree, at 29% on Rotten Tomatoes is not so much. The third film, which Hardy says was always planned, will be titled The Wrath of the Gods, and promises a scene that is “as horrific in its way” as the ending of The Wicker Man.

Some details on the plot:

The Whimsey Company of Burbank California decide to create a theme park featuring the Norse Saga, a story of warring Gods and Giants and sly, scheming Elves. A group of intrepid Californians journey into their sub-arctic world completely unprepared to deal with the descendants of the warrior Vikings, a people who believe in the supernatural.

Whimsey CEO Herb Boden (James Mapes) and his son Ziggy (Christopher Leveaux) are led into this doomed enterprise by the lovely Bryn (Halla Williams), herself a Scandinavian who sings like an Angel. Her father, Oscar, chief of Police, tries to keep the peace between the Whimsey crowd and the resentful Vikings. He is diverted by the arrival of the beautiful Clarissa, who shares his passion for Steam Punk and is a kindred spirit…

They’re only looking for $210,000 from the campaign, though I suppose it’s possible the budget will be larger than that if they have other sources of funding. At the $25 level, supporters will receive a digital copy of the film, and a physical copy at $55. 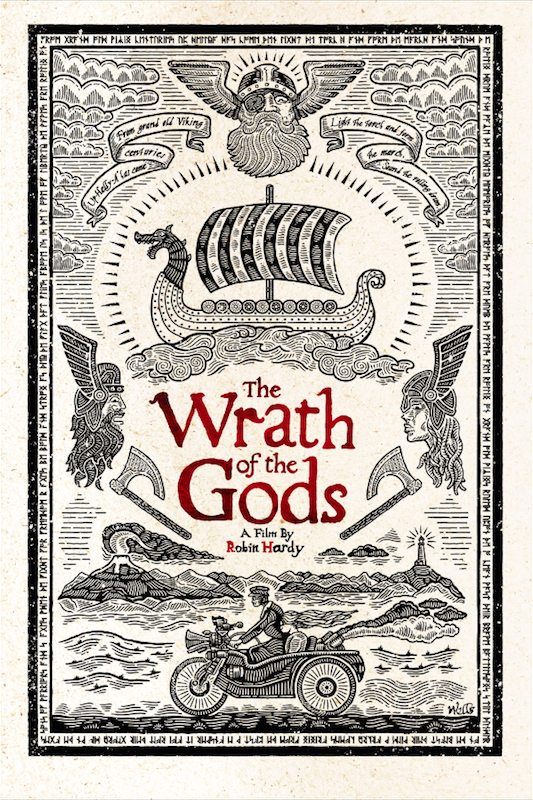