The whisper of suspicion grows…

According to THR, the Lifetime network has put into development a remake of William March’s novel The Bad Seed.

From Warner Horizon Television, the drama centers on Kate, described as the perfect modern woman — a successful working wife and mother, always seeking to give the best life to her daughter. She is confronted with one problem she can’t overcome: her daughter is a relentless, murdering sociopath whose viciousness is matched only by her brilliance. Will Kate be able to learn the truth before it’s too late? 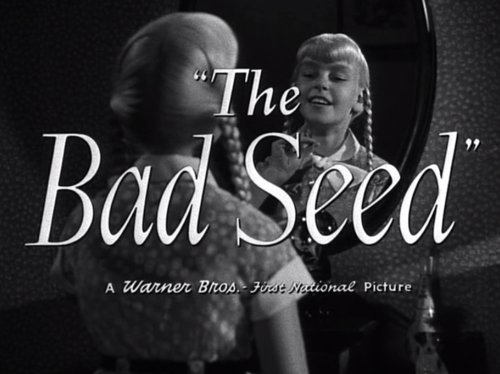