A new look at a classic tale.

Victor Frankenstein is an upcoming adaptation of Mary Shelley’s novel starring Daniel Radcliffe as Igor and James McAvoy as Dr. Frankenstein. And thanks to EW, we have a new still to share from the film itself, below.

Told from the perspective of Igor, we witness the birth of Frankenstein’s monster through the eyes of the young assistant.

“It’s about creation, and Victor is not only creating this monster but in a sense Igor, who in the beginning of the movie is living in abject conditions and considered less than human,” Radcliffe says.

“Victor’s ego means that at times he thinks he’s superior to Igor,” McAvoy says. “Their relationship is close, loving, abusive, manipulative, and it turns on a dime.” 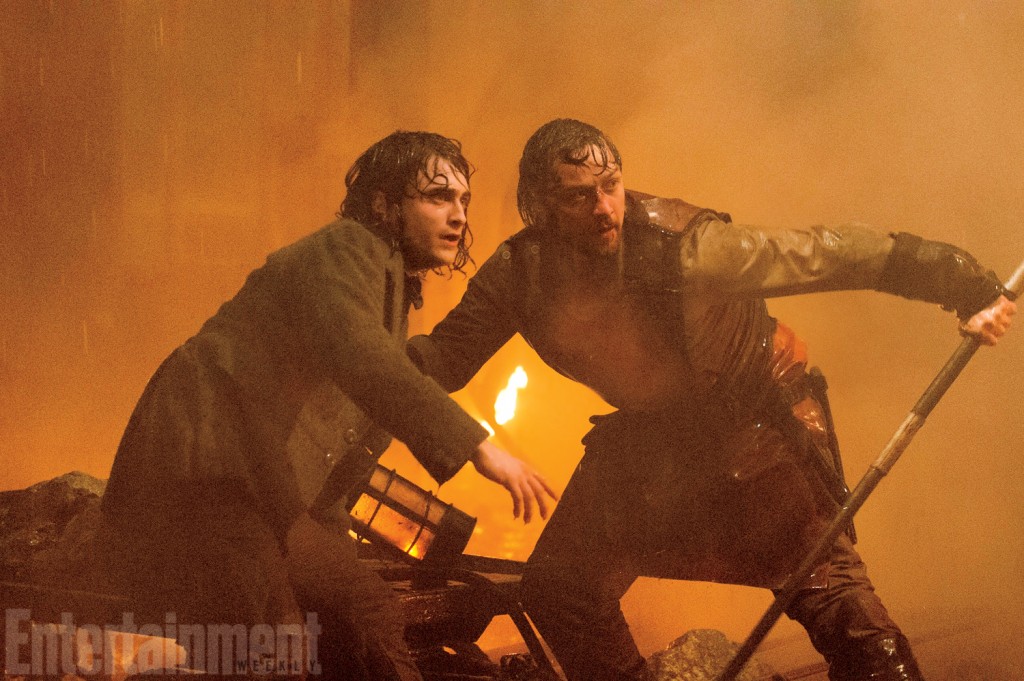