Yesterday, we got a quick glimpse of Ash’s classic car. Today we have two new images from the series courtesy of EW, one of which is in said car – and, I suspect, that’s far from the last tease we’ll be getting in the lead up to the Comic Con panel and trailer release on Friday.

Campbell says you can expect plenty of mayhem along with plenty of typical Ash bravado. “There’s going to be a lot of the classic, over-the-top, in-your-face fullness, with a pretty trash-talking Ash,” says the star. “In a TV series, people gotta talk, so Ash will have more dialogue than he’s pretty much ever had. There’s a pretty high count of Ash’s classic one-liners. They’re back, and they’re strong, and they’re flourishing!”

Here’s that first picture, showing Bruce Campbell as Ash with Ray Santiago as his sidekick Pablo. The two are (of course) covered in blood, and Pablo looks delightfully shell-shocked, in my opinion. 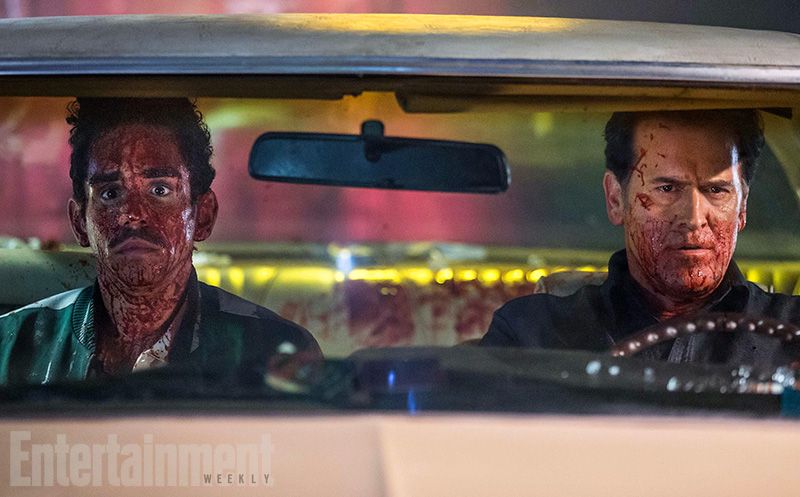 The second image, below… well, it speaks for itself: 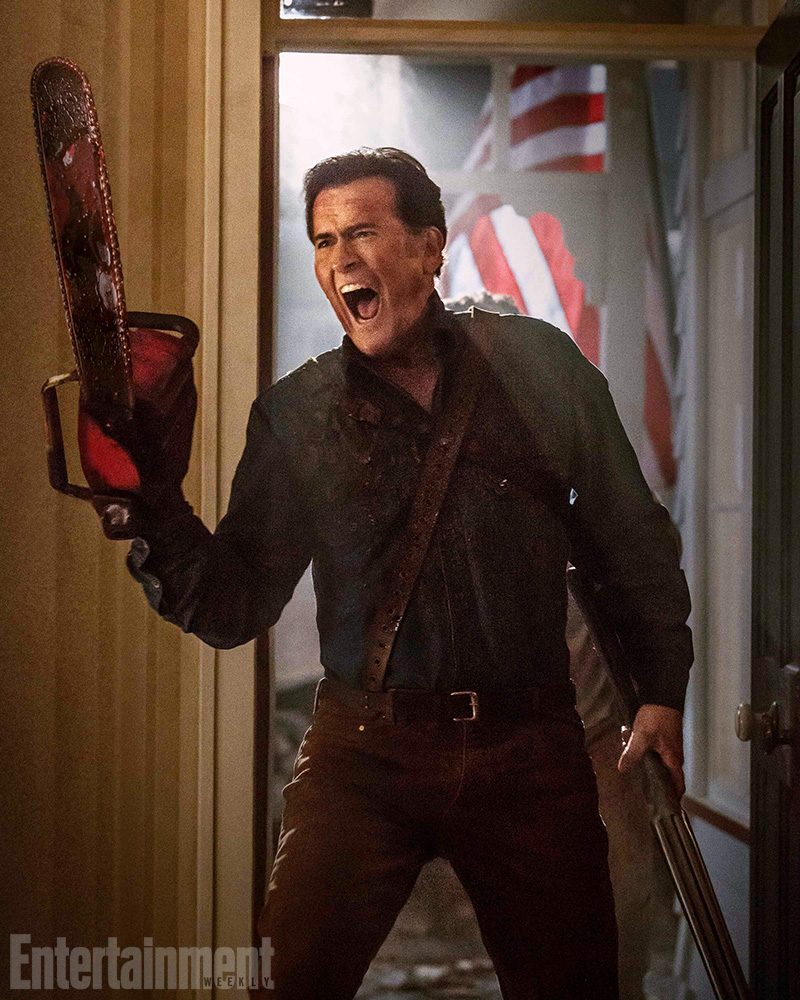 And the show synopsis:

Campbell will be reprising his role as Ash, the stock boy, aging lothario and chainsaw-handed monster hunter who has spent the last 30 years avoiding responsibility, maturity and the terrors of the Evil Dead. When a Deadite plague threatens to destroy all of mankind, Ash is finally forced to face his demons –personal and literal. Destiny, it turns out, has no plans to release the unlikely hero from its “Evil” grip.

The first season will consist of 10 half-hour episodes and is executive-produced by Campbell, Craig DiGregorio, Sam Raimi, Rob Tapert, with DiGregorio as showrunner. The show is currently in production in New Zealand, and is set to premiere in the fall.