‘They did a great job on the gallows.’

These, fittingly, are some of the first words uttered by parents in Blumhouse Productions’ new horror film The Gallows. Getting its release later this month, it is the latest film to experiment with the low-budget-high-reward found footage formula many horror films are adopting in recent years.

Written and directed by duo Travis Cluff and Chris Lofing, The Gallows is, to put it briefly, a story about revenge. It opens with a 1993 recording of a school production of a play. Tragically, it goes wrong and the main actor Charlie is accidentally killed. The opening of the film can be found here. Fast forward 20 years and we learn to find out that the school (for some unknown reason) has decided to revive the production and honor Charlie by recreating the play. In an attempt to sabotage the opening night a few student break into the school to destroy the set – only to be hunted by Charlie himself.

Despite opening with full context for the film, it actually takes us a long time to get into the story. Cluff and Lofing waste no time introducing us to all the characters, exploring the setting, and generally creating a universe for us to emerge in. The first third of the film is spent establishing this, with character Ryan filming the-day-in-the-life of a high school student. 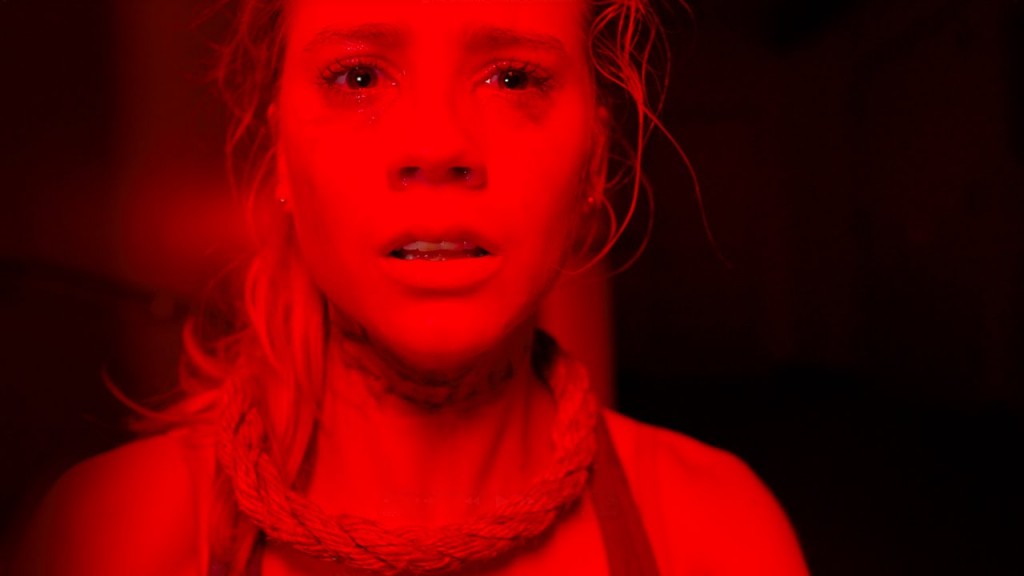 It seems to work, therefore, when the tale takes an ominous turn. Suddenly with the revenge of ‘Charlie’ lurking around every corner, we seem to actually care about these characters. We understand their motivations, and empathize with their relationships – we are part of the team. As each character is wiped out one by one (as per most horror films), it really affects us.

It is a shame that Ryan is presented as the narcissistic sociopath that he is, as our sympathy quickly diminishes for him as we learn more. He is uncaring, unkind, and generally quite insufferable. Why is he so intent on filming his criminal activities? Why does he continue to bully his best friend and girlfriend? These questions are largely left unanswered, and I am unsure if it is due to the credit of the actor, writers or directors as to whether we root for his demise.

Another nice touch is that The Gallows isn’t afraid of experimenting with the formula. At the risk of found footage becoming a trope, the directors play around with time and setting. The use of two ‘cameras’ allows them to change the vantage point and reorganize the time frame to suit the story. It adds a level of depth and intrigue that these films usually lack, as each character has their fair share of screen time. 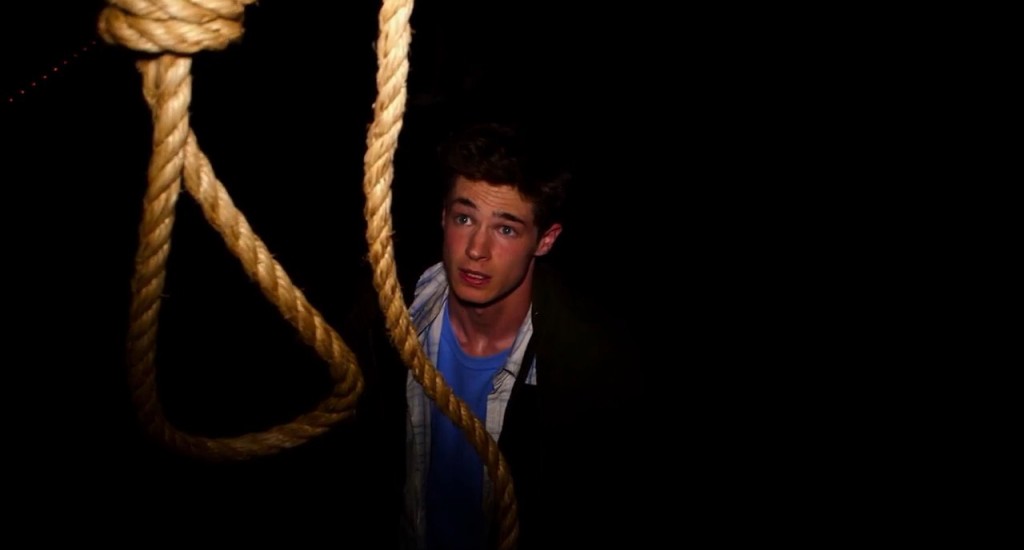 I did, I shall admit, watch the last half of the film through my fingers. As the story reaches its climax, I found my heart racing as Charlie finally appears. The Gallows transforms from light-headed teenage rebellion story, into to a genuinely scary film that promises to deliver. This isn’t revolutionizing the horror wheel here – but it is genuinely scary. At the end of the day that’s the most important and The Gallows doesn’t fail to grip you with fear – much like the slowly tightening noose that clenches around victim’s necks.

Producer Jason Blum has done it again. With previous successes such as Unfriended and the Paranormal Activity franchise, the mind behind these films has struck gold. This time throwing us into a school, he succeeds in telling a coherent and unpredictable tale that his audience will genuinely appreciate.

I have to agree with the parents of Charlie, they did a great job on The Gallows.

The Gallows was produced by Blumhouse Productions and Warner Brothers, and hits cinemas July 10.

Will 'The Gallows' Grip You Like A Deadly Noose?
The Gallows is an impressive entry into the found footage genre - offering a handful of terrorizing scares that hold tight like a noose.
Score8
Pros
Cons
8Overall Score
Reader Rating: (3 Votes)
66%