We know that horror and sex go so well together, so it’s natural to think about the scenes that truly threaten to ruin you for sex forever. After all, horror isn’t here to make you feel good about sex. It’s kind of the opposite. Still, though, some movies have scenes that take the depravity to another level. These scenes are not sexy. They’re freakish.

I should put a disclaimer here, though, that I’m not considering rape scenes on this list. That’s a whole can of worms I’d rather not open, and anyway, rape is not sex.

Anyway, here were the scenes I could think of that most disturb me.

“The gateway is open, Sarah. All you have to do is be willing to step inside forever and never look back.”

“Kill your old life, Sarah. Bury it in the earth. And join us in the skies.”

Also, it might be nice if people in black masks like the one above didn’t emerge from behind curtains to watch this totally-not-a-ritualistic thing going on.

Just some thoughts on setting the appropriate mood for your next session on the casting couch. 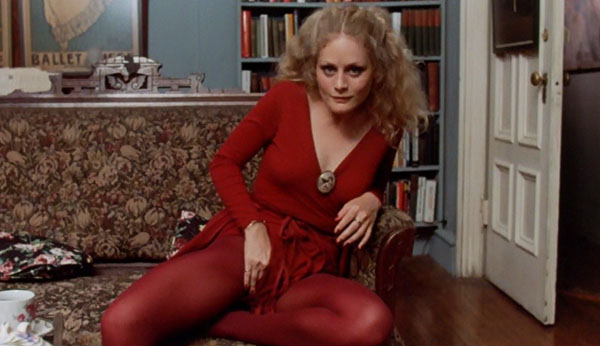 The inciting incident in this movie involves a deformed guy in a Frankenstein’s monster mask (whose heavy breathing sounds oddly animalistic) paying a prostitute for sex and then, shall we say, not performing well. When she refuses to return his money, he strangles her. So, uh, yeah. Very sexy.