This is the third recap of The Strain‘s first season in anticipation of the show’s return on Sunday. The show has generally gotten slightly better as it moves along. See what I have to think of the previous episodes by reading the first and second recaps.

“Creatures of the Night” 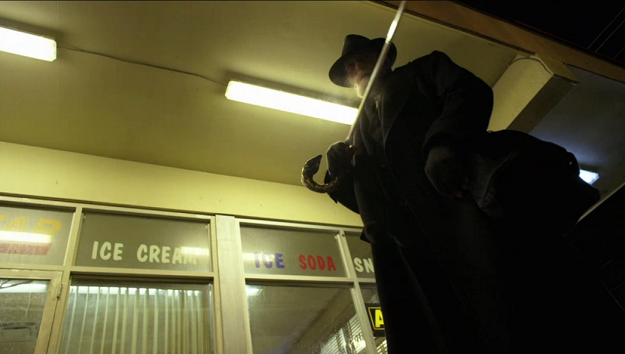 Ok, so this is my new favorite episode. The gang get barricaded in a convenience store and are under siege from vampires (who are coordinated under the Master’s control) for most of the episode. Anyone who’s seen Night of the Living Dead will recognize this setup. It’s been copied a million times in zombie movies, too.

Here’s the thing. I think purely procedural shows are tiring. There’s almost no formula that I can watch with slightly different variations every week and not get bored. Mainstream opinion seems to agree, because the serial format is the new fashion. That’s definitely a good thing, but there are pitfalls to serials as well. They are often slow-paced, padded out with filler episodes and generally not going much of anywhere until the end of the season, when things are finally allowed to happen. That doesn’t necessarily need to happen, but it is understandably difficult to avoid.

This is all to say, my favorite strategy to keep individual episodes of a serial interesting is to mix procedural elements into various episodes – and that’s what The Strain is doing here. In terms of the season plot, there’s not much progression, but the episode has its own internal progression that’s just as interesting, so it doesn’t feel like a waste of time. Instead, it feels refreshing, even with the near-cliché premise. Because while the zombie-barricade premise has been done many times before, it’s never been done in The Strain universe, with these monsters, with these characters, and under these specific circumstances.

There are minor quibbles I could get into. Jim’s death, for instance, was obvious from the very first episode, so it wasn’t surprising when it happened. It was more of a relief – like I was thinking, thank god that’s over with. And also, how the CDC trio weren’t paranoid about every nick the characters get is beyond me. The whole scene where Jim goes to clean his wound in the bathroom, just thinking it’s a scrape, makes no sense.

There’s more stuff like that, but ultimately it’s unimportant. This was a fun episode, a neat strategy for the show to bide its time without feeling like a filler episode. 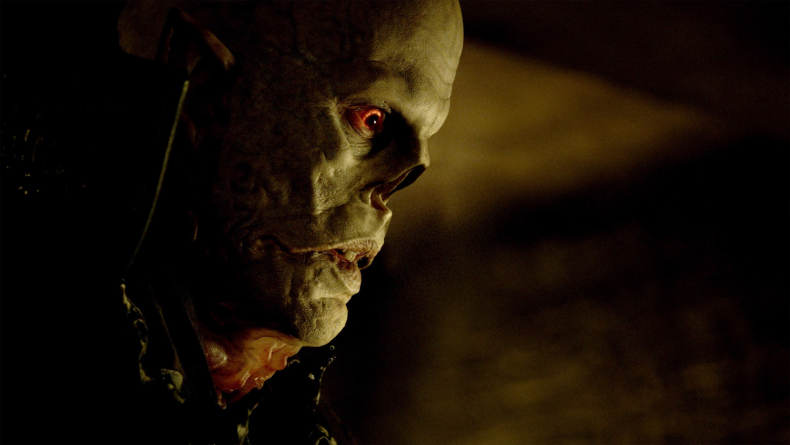 The show returns to the usual stuff in this episode. Setrakian’s Holocaust flashbacks are back too, though with the exception of the reveal of the Master, they aren’t as interesting. Basically, Setrakian confronts the Master, who crushes his hands. Eichhorst then sends Setrakian to be executed (because he’s no longer useful), but he’s saved in the nick of time by an assault on the camp, and he and the rest of the prisoners escape.

Meanwhile in the present, Eph rescues Zach from Matt, but can’t find his wife, Kelly. This happens in the beginning of the episode, and honestly not much else happens. In a great moment, while burning Matt’s body, Eph and Nora eulogize Jim. Nora wonders if they should say something about Matt, but Eph just shrugs, says no, and turns away. Eph cares less about that dude than even the writers. Great stuff.

The most annoying thing to happen is when, after Kelly’s friend Diane finds Eph and Nora in bed together, Eph says that he loves his wife, and would do anything to find her – and Nora seems hurt by this. They don’t make a big deal out of this, but still, the implication is that she somehow thought Eph didn’t love his wife anymore, or can’t love her as well as his wife? It’s a pretty naive reaction to come from a woman who’s been sleeping with a married man. At the very least, this shouldn’t be a new issue. It just doesn’t make sense.

Eph rescues Zach but can’t find Kelly. Setrakian escapes in flashback after his hands are crushed. Most annoying thing: Nora being upset when Eph says he loves his wife. Makes no sense.

Even though the Internet is “slower than dial-up”, Zach manages to track his mother’s phone in a matter of seconds. I can barely suspend my disbelief at this, partially because we watch the page load on screen. That is not even close to slower than dial-up. That’s not even close to slow enough to prevent all communication from leaving the city. It’s also awfully convenient for Zach to know how to do that (and for it to be that easy, which as far as I know, it isn’t).

But okay, whatever, I’m past it. I did pretty much enjoy the idea of Eph tracking down Kelly. Once again, it has a light procedural element to it, which I enjoy. A lot of the clues he finds are convenient coincidences (like him just randomly spotting the phone out in the open on the street), but at least it doesn’t really matter, because the important thing is that he ends up back home (where he probably would have gone anyway), and then at Diane’s house, where he discovers the truth of what’s happened.

The flashbacks showing us what happened to Kelly feel cheap at first, like an easy way to just tell us what happened and avoid the hard parts of actually writing a mystery, and I guess I do still somewhat feel that way. But they turn out to (probably) be important to the larger plot, at least at the end, where Kelly gets called by the Master, who seems to have plans for her. I wonder if he’ll grant her self-awareness like he has with Eichhorst? And in any case, I did like that we got a glimpse of Kelly’s life, even if they did have to kill her off to do it. Personally, I think it would have been much cooler if she’d been forced to fight for survival herself.

Anyway, Kelly is the fastest-turning and least convincing vampire ever. That’s just an observation, I guess. Why couldn’t the makeup team do a little more with her face? She wasn’t convincing.

There’s a side plot with Vasiliy and Dutch Velders trying to sneak into Eldritch Palmer’s building to steal something (I’m not clear what) that would help Velders restore communications in the city, but the plan is foiled and the plot is basically a waste of time. I do like the chemistry Vasiliy and Velders have though – it feels very natural. Most of the other relationships on the show are established already, so the writers are forced to show this one develop, and prove that it works – and they succeed, admirably. That’s impressive to me.

Overall, while this seemed like it was going to be an interesting episode at first, it ended up developing some actual pathos, at least from Eph’s side of things. And I’m starting to realize that the characters are generally improving as we spend more time with them. They certainly had plenty of room for improvement, but there was always the risk that they’d turn out to have been so poorly constructed from the start that they’d actually get worse – so I’m grateful that that’s not the case.