Welcome to American Horror Story  Helena, we hope you enjoy your stay.

Helena Mattson of the short lived  666 Park Avenue and sci-fi film, Species: The Awakening has been cast for the newest season of the popular FX horror anthology show, American Horror Story. Mattsson revealed this news by posting an image of a backlot on her Instagram account with the caption “Another day at work. Getting ready to film some scary stuff.. #thatsallicansay #americanhorrorstory”. 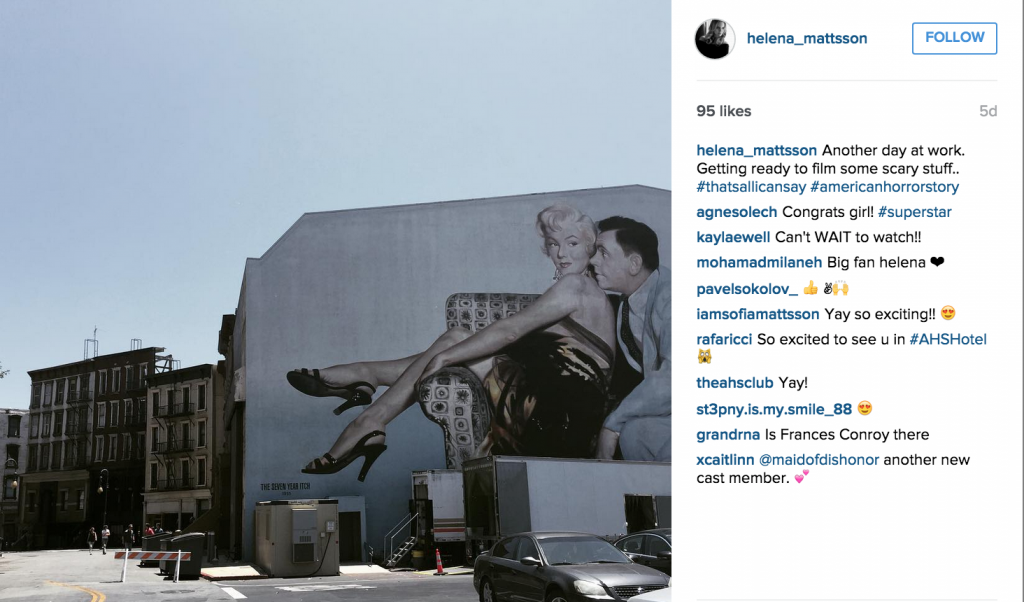 No details about her role on the show has been released as of late, but according to her IMDb her character’s name will be Agnetha.