American Horror Story has been teasing its viewers first with the cast list of the next season of the popular FX horror anthology series and then the short teaser trailer. Now it seems that the pop idol is the one releasing the details.

Lady Gaga posted on her Instagram account an image of a bloody script bearing the name “Checking In”. The caption beneath the photo reads “Just doing a bit of monster homework Horrible lipstick accident #AHS”. 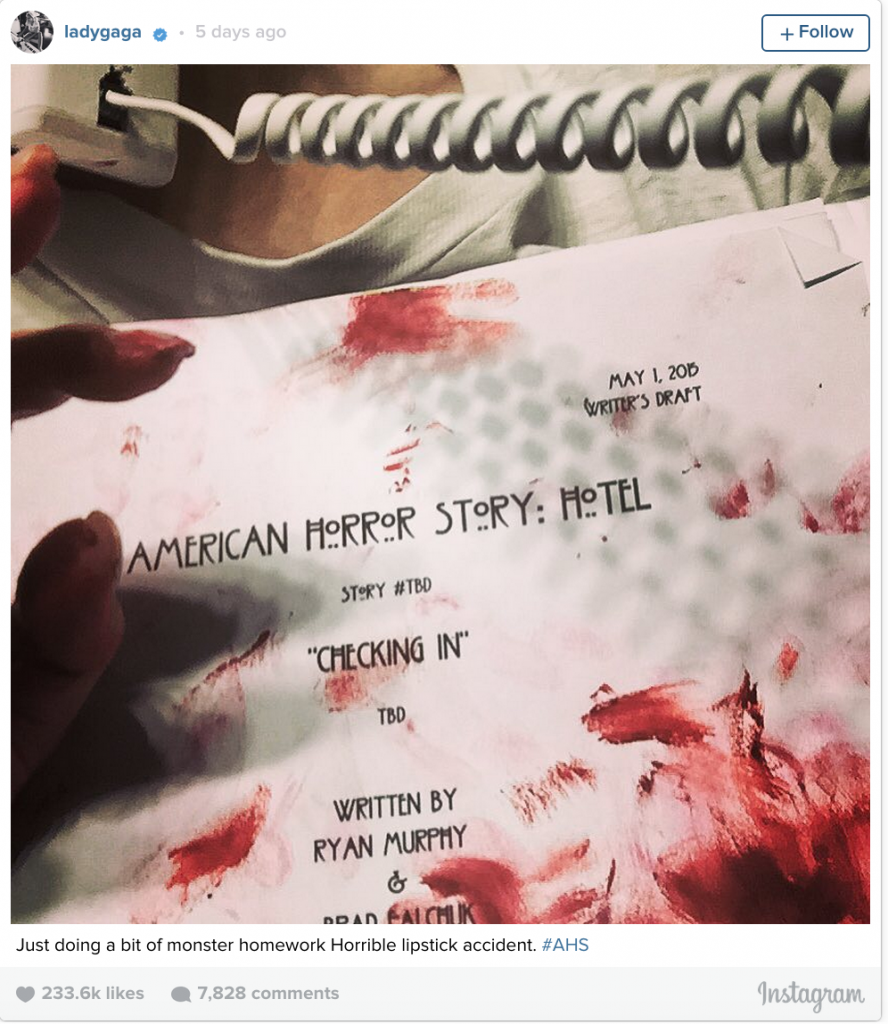 Gaga will join “AHS” staples Sarah Paulson as Hypodermic Sally, Kathy Bates as Iris, and Evan Peters as Mr. March. According to E! Online, Lady Gaga will play an evil character since the singer expressed an interest in playing one on the show.

The show is set to air in October.