Horror isn’t limited to the screen.

Fans of horror movies are used to getting their scares on either the small or silver screen, but that’s not the only place where they can get their chills and feelings of dread. Here are five places that true horror fans need to visit before they die. Hopefully from natural causes. 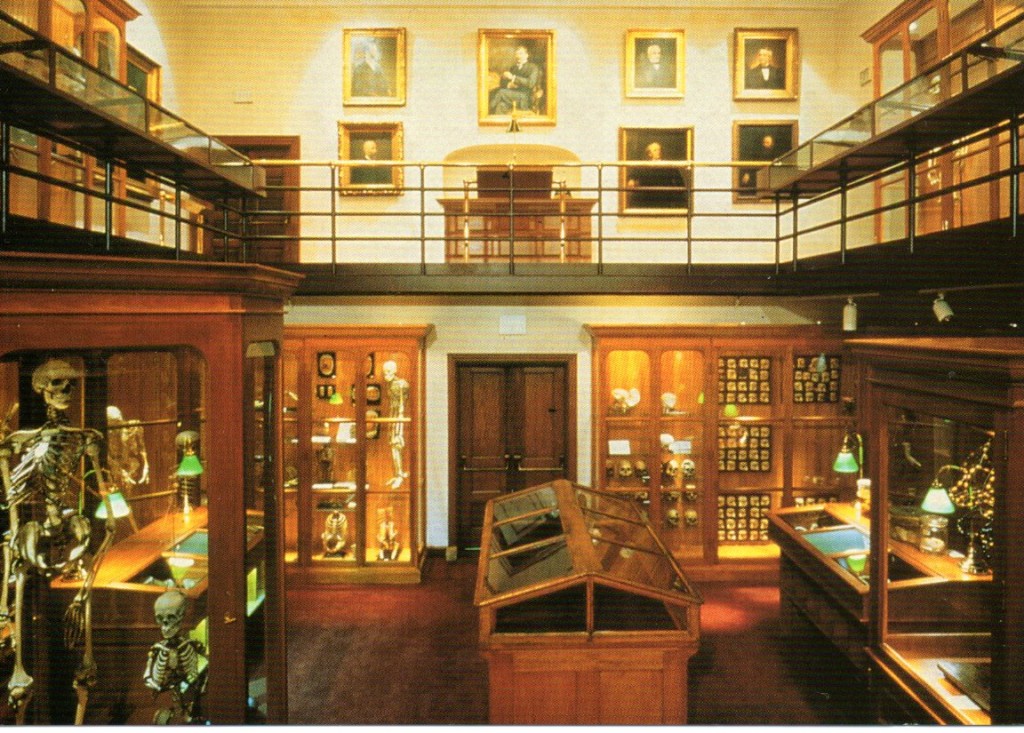 The Mütter Museum is a museum dedicated to human anatomy and medical surgery. The museum is filled with preserved human organs, skeletons of humans with abnormalities, and even the liver of the original Siamese twins, Chang and Eng. If you like body parts or have ever dreamed of being a mad scientist, this museum is where you need to be. 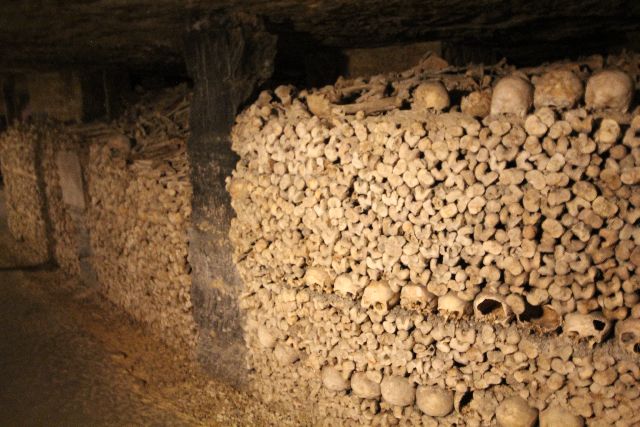 Made famous by the film As Above, So Below, the catacombs of Paris are a truly thrilling juxtaposition to the beautiful city streets above it. The catacombs were created in the late 1700s after the city of Paris decided that it’s cemeteries were too full and that the bodies need to be relocated. Priests placed the bones in the catacombs over the course of several years, and now visitors can admire the walls of bones that line the tunnels. 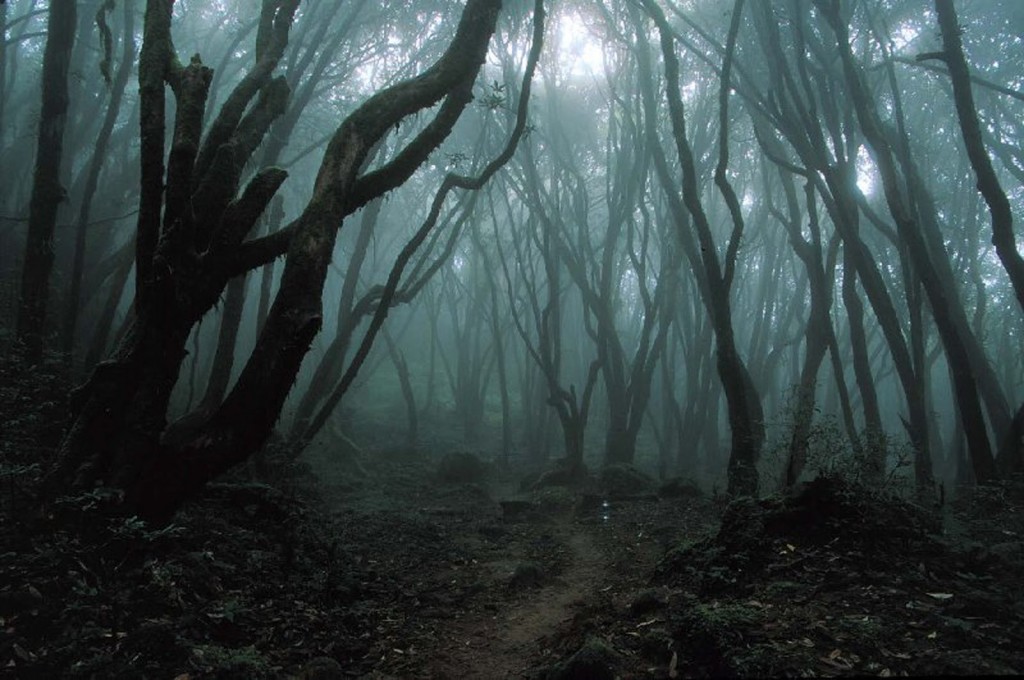 Aokigahara, otherwise known as the Suicide Forest, has been a popular destination for suicides in Japan for a long time. The local government has stopped publicizing the numbers in an attempt to downplay the forests association with suicide. The forest is also said to be haunted by evil spirits known as the Yūrei, which are angry spirits of those who were left there to die.

4. The Island of the Dolls — Xochimilco, Mexico 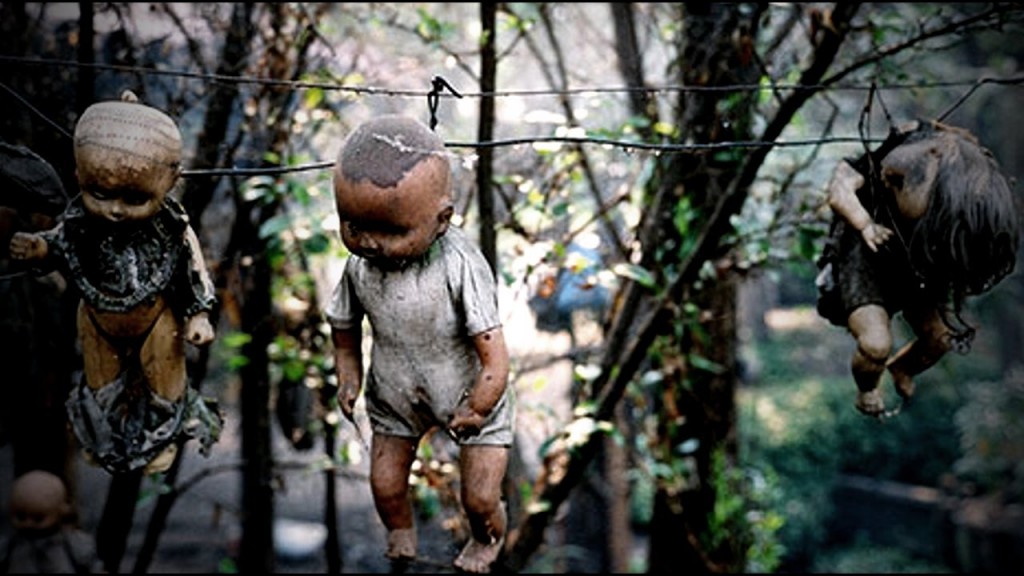 The story of Isla de las Munecas is that  Julian, the caretaker of the island, found a little girl drowned in mysterious circumstances while he was not able to save her life. Shortly after her death he found a doll floating in the water, assuming that it belong to the little girl, he hung it to a tree, as a way of showing respect and support the spirit of the girl. Some people suspect that Julian became haunted by the spirit of the girl and started hanging more dolls in an attempt to please her spirit. For fifty years he hung up dolls until one day his body was found in water in the same location that the little girl’s was. Local rumor is that the little girl’s spirit haunts the dolls and that tourists have heard the dolls whispering to each other, while others who were on a boat near the island said the dolls lured them to come down to the island. 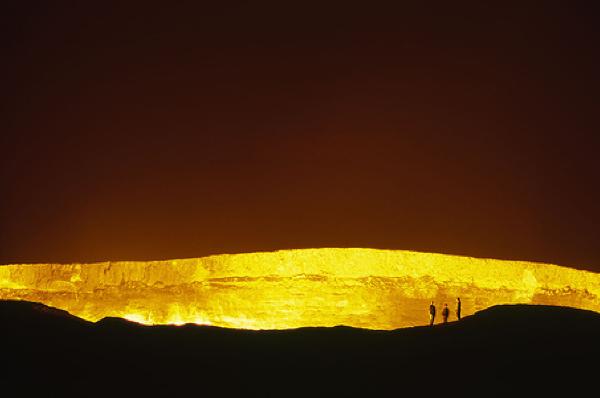 The Door to Hell is a natural gas field in Derweze, Turkmenistan that has been burning continuously since it was discovered in 1971. It was originally thought to be a substantial oil field site but when they found gas instead of oil they decided to burn the gases because they expected the fumes to be dangerous to the nearby towns. However, instead of burning for a fews weeks as was expected, the cavern has been continually burning for over 4 decades.

So pack your bags, horror fans and go explore that terrifying world outside.