The demon chooses you.

Imagine you have this friend, Marisol or whatever. Marisol just binge-watched this TV show and she really wants you to watch it. But she tells you that it doesn’t get really good until the middle of season 2. So now you have to get through like 20 episodes before you get to the good stuff. The Vatican Tapes is the movie version of that experience. 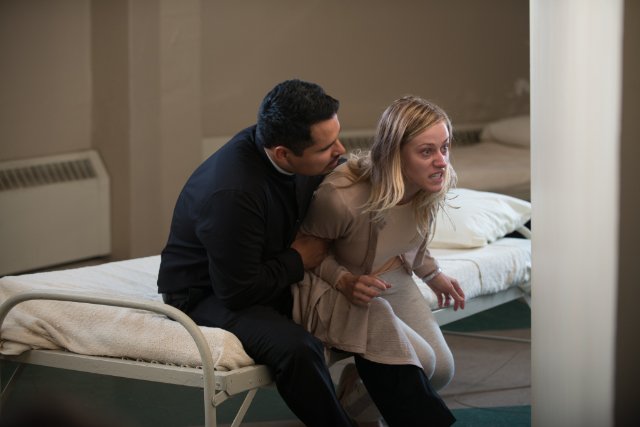 Angela (Holmes) is a blogger who lives with her boyfriend Pete (John Patrick Amedori), despite the disapproval of her colonel father Roger (Scott). After she cuts her hand and gets bitten by a raven, she starts to act weird. Then Pete and Roger take her to a hospital where her strange behavior escalates. Father Lozano (Pena) suspecting some kind of demonic possession and comes to look after her. But he realizes he needs the help of two powerful Vatican exorcists (Andersson and Honsou).

Here’s my main problem, the film ends on a major sequel bait. As in the movie ends just as it gets interesting and different. I can hear the writers and director say “I promise, dude, just wait for the sequel—it’s going to get real good!” If The Vatican Tapes had been entertaining on its own, I wouldn’t have minded the sequel hook. But the scares are cheap, the script is predictable and the tone is heavy-handed. This movie is so self-serious, but it’s not original enough to earn the tone. 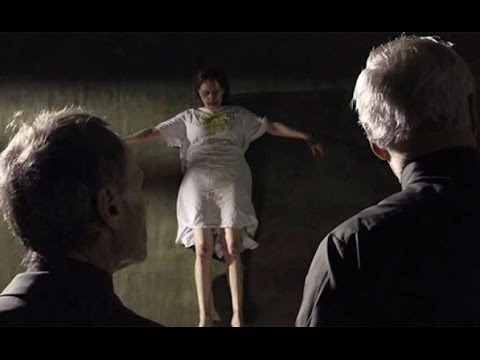 Even at 90 minutes The Vatican Tapes feels like a drag because the film lacks any sort of vitality or personality. The film features some sequences which should be heart-pumping and bone-chilling but they are staged so lifelessly. This is weird, considering that the director made the high-on-crack Crank and Crank 2: High Voltage. Neveldine could have gone totally batshit crazy but instead he made the most standard exorcism thriller. Actually there is a scene with some eggs that’s pretty out there.

The cast is decent enough. Dudley seems to be having some fun in her possessed role. She reminds me of Reese Witherspoon with her sunny disposition, and thus her demonic possession is extra creepy. Michael Pena and Djimon Honsou don’t have much to do under the shadow of Peter Andersson, but I imagine they’d get more to do in the sequel. But seeing these two character actors in these roles was great because they added some extra believability. Scott and Amedori are fine but play annoying characters—the disapproving dad and the long-haired boyfriend.

The Vatican Tapes is strictly okay. By being not much more than a trailer for a sequel, the horror movie doesn’t have much to offer bedsides the typical scares. Even with a game cast and a somewhat cool ending, the film struggles to differentiate itself from other, better movies. It’s such a small movie, I’m not sure if the filmmakers will get the sequel they want. If they do, sign me up.